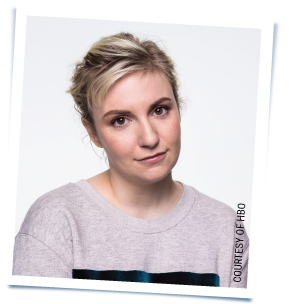 Bookstores, Add Your 2016 Indies First Plans to the National Map

Indies First is the national campaign of activities and events in support of independent bookstores that takes place on Small Business Saturday (November 26, 2016). On a day dedicated to supporting the local businesses that help create jobs, boost the economy, and preserve neighborhoods, independent bookstores will host authors as honorary booksellers to celebrate Indies First, to help handsell their favorite titles, sign books, give readings, and more.

Dunham is the bestselling author of Not That Kind of Girl (Random House, 2015) and creator and star of the critically acclaimed HBO series Girls, for which she also serves as executive producer, writer, and director. Dunham has also written and directed two feature-length films (including Tiny Furniture in 2010) and is a frequent contributor to The New Yorker. Earlier this year, Random House announced a new publishing imprint called LENNY, which will be a home for the kinds of exciting, emerging voices—in fiction and non-fiction—that Dunham and Jenni Konner are already attracting and publishing so successfully in their feminist newsletter of the same name.

In a letter linked here, Dunham calls upon readers and her fellow authors to join her in support of independent bookstores. She urges authors to link to a local indie bookstore for book sales and to sign up to be booksellers at their favorite independent bookshops on November 26. Dunham, who will spend Indies First day in Los Angeles at Book Soup, says: “I wouldn’t be who I am without independent bookstores…[they] are at once cozy and mysterious, comforting and strange. The universal feeling of making a weird and wonderful discovery is something you can count on in any indie across the country, from Book Soup in LA to Oblong Books & Music in Rhinebeck, NY.”

An archive of spokespeople's letters to authors about volunteering for Indies First is here.

Bookstores, Add Your 2016 Indies First Plans to the National Map

Questions or comments? Please be in touch with us: indiesfirst@bookweb.org