“Good and Cheap” Cookbook Sales to Benefit the Food Insecure

Along with cost-efficient recipes for spicy pulled pork, potato and kale rolls with raita, and crustless vegetable quiche, Leanne Brown’s Good and Cheap: Eat Well on $4/Day (Workman) comes with a special offer: For every trade copy of the book sold, Workman Publishing will distribute a copy to a person or family experiencing food insecurity. 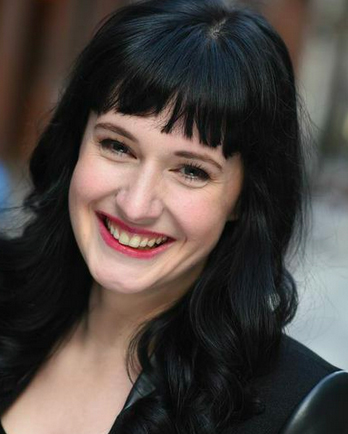 In addition, for every bookstore that commits to and succeeds in selling 28 copies before the end of the year, Workman, in conjunction with the American Booksellers Association, will donate 36 copies of the book’s nonprofit edition to a local food charity of the store’s choice.

Good and Cheap, which published this week, grew out of Brown’s 2013 thesis project for her master’s degree in food studies and food policy at New York University. Brown, who has always loved cooking and baking, said she created recipes for the book in her small apartment’s kitchen.

“I was really interested in doing something [for my thesis] that would have a wider impact, something that would have a life outside of academia,” she said. The cookbook she created was meant as a resource for people on food stamps or on a very low budget. Along with recipes using basic foods to create inexpensive meals that are delicious and nutritious, the cookbook features tips on basic cooking skills, shopping on a budget, and buying the right equipment for low-cost cooking. 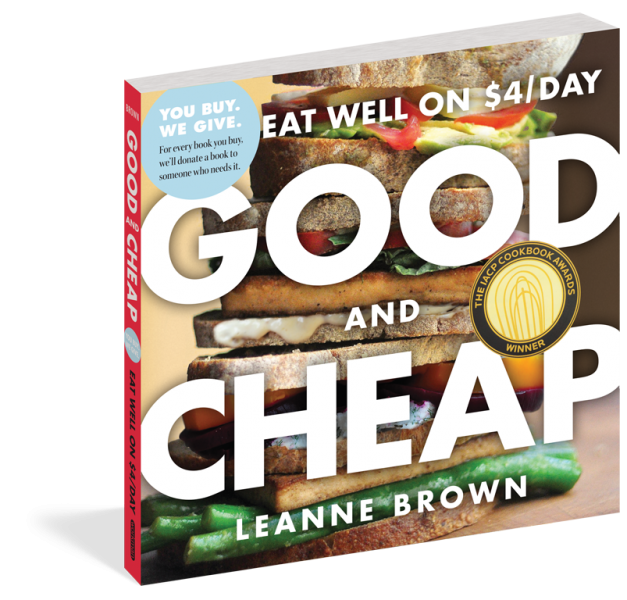 Originally from Edmonton, Alberta, Canada, Brown was not familiar at first with the U.S. government’s Supplemental Nutrition Assistance Program (SNAP) food stamp program, which benefits 46 million Americans, but the issue of food insecurity was one she learned about while working in Canadian city politics.

“Learning a lot more about [food insecurity] just really got me thinking about how people who are lower income get left out of the food conversation,” Brown said. “The food movement is a really wonderful, progressive movement, and I think it’s so great in so many ways, but it doesn’t really talk about the cost of food, leaving out people who don’t have the ability to vote with their fork all the time.”

The $4 per day figure is based on the average daily food cost per person using calculations for government SNAP benefits. Some readers might misinterpret the book as a diet or a for-fun budget challenge, but it is not meant to be that at all, Brown said.

Initially, Brown created a PDF of recipes for her thesis and shopped it around to nonprofits that might want to produce and distribute it. When she failed to interest nonprofits in spending the money to publish the book themselves, she created a website and posted the PDF there; the post went viral after being discovered and posted by a user of the website Reddit.

In the midst of receiving hundreds of thankful e-mails and racking up 500,000 PDF downloads in the first six months, Brown was inspired to create a Kickstarter project to turn the PDF into a bound book. The project initially sought $10,000 but ultimately took in $144,000 by the end of the campaign, allowing Brown to order 40,000 books printed. Seven thousand of the books went to Kickstarter backers; 9,000 went directly to nonprofits; and the balance was sold at cost to nonprofits for distribution in their communities.

Brown said she never considered courting a traditional book publisher because she wanted the book to be free to those who would get the most use from it; eventually, however, publishers sought her out themselves and started a bidding war. In the end, Brown chose Workman, after the publisher got on board with the idea of giving one copy away for every copy sold.

“It’s sort of just the way Workman is,” Brown said. “They’re a really cool charitable publisher, and this gave them a chance to put their money where their mouth is.”

The publishing model for this book was a natural step for Workman, Meere said, since it is dedicated to charitable giving as a company.

“We really appreciated what Leanne was doing with the Kickstarter campaign, and the fact that so many people were donating just so a book could be donated to someone else,” she explained. “It was really important to us to keep the spirit of that going.”

Kelly Justice, owner of Fountain Bookstore in Richmond, Virginia, said, that she is currently in the process of finding a charity partner for her store’s Good and Cheap book donations among local food and soup kitchens and is planning a community-based cooking and tasting event for September 3.

“I love the book and I’m really excited about testing out all the recipes at home,” Justice said. “I am a big cook myself. I own over 350 cookbooks, and I’m a judge for a regional cookbook contest.”

But Justice added that the message behind Good and Cheap is especially meaningful for her community of Richmond, one of the largest “food deserts” in the country.

“[A food desert exists when] there are miles and miles where you can’t get produce and there are no grocery stores. We have a real problem here where the community has no access to affordable nutritious food,” she said. “[We want to] help Workman make this book as big as they can make it. That is one of the reasons why this book and this project were so important to me.”

Brown has received scores of thankful e-mail messages from people who received a copy of the book through the Kickstarter campaign. Some of those who wrote were on food stamps, while others just wanted to cook more low-budget meals, but all expressed their appreciation for a book that they say has improved their lives.

Good and Cheap has also gotten glowing reviews from publications like Time.com,which said the book “could change the way you shop, cook, and eat [by] busting up the myth that eating healthfully entails spending a ton of money.”

The book, which includes 30 additional recipes compared to the self-published edition, also recently won the Judges’ Choice Award from the International Association of Culinary Professionals.

“I felt like [the IACP award] was more than just an honor for me, but also sort of a welcoming moment. This amazing, distinguished body of people was saying that the 15 percent of the population who have so little budget, can be part of this conversation, too; that they matter,” Brown said. “That’s how it felt for me.”

For more information about Workman’s “You Buy, We Give” offers for Good and Cheap, booksellers can visit the publisher’s website or email Jessica Wiener at Jessica@workman.com.