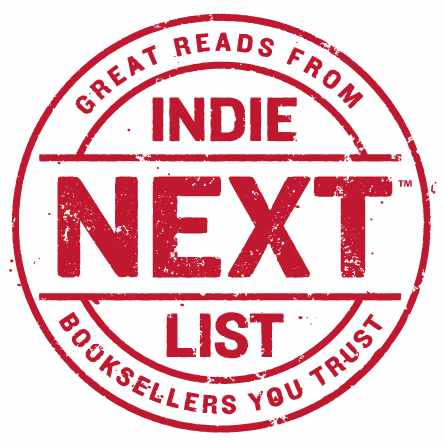 Here is the 2011 Indie Next List Poetry Top Ten, based on the enthusiastic nominations of independent booksellers nationwide. A full-color PDF of the list is downloadable here  and from BookWeb.

Showcasing a volume encompassing works from all of the American Poets Laureate, two international collections, and additional works from both classic and contemporary poets, the 2011 Poetry Top Ten is the result of strong support from booksellers with a deep level of knowledge and commitment.

Once again, the publication of the list is timed to coincide with April’s designation as National Poetry Month. The annual event was inaugurated by the Academy of American Poets in 1996 to bring together publishers, booksellers, literary organizations, libraries, schools, and poets nationwide to celebrate poetry and its vital place in American culture. Thousands of businesses and nonprofit organizations participate through in-store events, special book displays, workshops, and other activities.

1. The Poets Laureate Anthology, Elizabeth Hun Schmidt (ed.)
(W.W. Norton, $39.95, 9780393061819)
“This is a must for any poetry lover—a stunning collection of selected works from the 43 Poets Laureate in one volume. A record of American poetry from the last 75 years, this book includes introductions of each poet, which place them in both a literary and historical context, along with fascinating information about the poets and their often-complicated relationship with politics. There is so much to appreciate in this handsome, thoughtful volume.” —Leslie Reiner, Inkwood Books, Tampa, FL

2. She Walks in Beauty: A Woman’s Journey Through Poems, Caroline Kennedy (ed.)
(Voice, $24.99, 9781401341459)
“Caroline Kennedy has selected poems for each stage of a woman’s life, including love, work, motherhood, and times of silence and solitude. The poems come from a great variety of authors. Each section is introduced by a short essay by Kennedy. Often, these sections include comments about her family—which includes people who are very familiar to us. A lovely collection!” —Sally Wizik Wills, Sister Wolf Books, Dorset, MN

3. Swan: Poems and Prose Poems by Mary Oliver
(Beacon Press, $23, 9780807068991)
“I never pass up an opportunity to recommend the poetry of Mary Oliver. She is not a poet of despair or anger, cynicism or sarcasm. She is a poet of joy! Her poems capture the pure wonder of a child in nature, tempered by the adult knowledge of the transitory. They are small, precise jewels for the soul.” —Bill Burkhardt, Left Bank Books, St. Louis, MO

4. Song of Myself: And Other Poems by Walt Whitman, Robert Hass (ed.)
(Counterpoint, $14.95, paper, 9781582437118)
“This is a gorgeous new edition of Whitman’s most famous poem. This edition contains two versions of Song of Myself: the original, which is one of the most important works of American literature, and the so-called ‘deathbed’ edition that Whitman extensively revised. The change in American English from the early version of his work to the later is fascinating, and Hass does a lovely job illuminating that and other aspects of Whitman’s poetry.” —Ken White, San Francisco State University Bookstore, San Francisco, CA

5. The H.D. Book: The Collected Writings of Robert Duncan, Michael Boughn and Victor Coleman (eds.)
(University of California Press, $49.95, 9780520260757)
“Many in the poetry world have been waiting to lay their hands and feast their minds on poet Robert Duncan’s storied The H.D. Book. Duncan was hooked on the magic and mystery of poetry as a young man, in part by a poem by Hilda Doolittle (H.D.), and he spent the rest of his life engaged with and advocating for her work and her importance, and for the central place of poetry in the human psyche and culture. If, as Shelley claimed, poets are the unacknowledged legislators of the world, then this book bolsters that claim.” —Jonathon Welch, Talking Leaves, Buffalo, NY

6. Maggot: Poems by Paul Muldoon
(FSG, $24, 9780374200329)
“Nearly every poem in this collection rewards close reading and research. Muldoon has been a major figure in English-language poetry for decades, yet there is the vivacity in this collection of a poet with a chip on his shoulder and something to prove. Maggot is a rare marriage between the frantic radical energy of a rebellious youth and the subtlety and sophistication of a master of the form.” —Josh Cook, Porter Square Books, Cambridge, MA

7. The Separate Rose by Pablo Neruda, William O’Daly (trans.)
(Copper Canyon Press, $14, paper, 9781556592256)
“This book, though originally released in 2005, is new to me. It is a perfect example of why the physical book will, and must, survive as a viable medium. It is a small exquisite gem that positively hums in my hand. The cover, the paper choice, and the side-by-side English and Spanish text beautifully present this long ode to Easter Island, written in the last years of Neruda’s life.” —Laura Hansen, Bookin’ It, Little Falls, MN

8. Space, in Chains by Laura Kasischke
(Copper Canyon Press, $16, paper, 9781556593338)
“This is another exquisite collection from Kasischke, who manages to combine intellectual deftness with accessibility and, as usual, a wonderful way with words. If you have not yet discovered this talented poet’s work, you have a treat in store!” —Nicola Rooney, Nicola’s Books, Ann Arbor, MI

9. Sobbing Superpower: Selected Poems of Tadeusz Różewicz, Joanna Trzeciak (trans.)
(W.W. Norton, $32.95, 9780393067798)
“A poet who began publishing in the aftermath of the carnage of World War II in Poland, Różewicz produced some of the most searing verse ever written, over the next 61 years. Time has tempered the rawness, but not the relentless probing of a world beset by chaos in the void of history. This collection shows both his range and his evolution as a poet, not just of Poland, but of the world.” —Shawn Wathen, Chapter One Book Store, Hamilton, MT

10. Tonight No Poetry Will Serve: Poems 2007 – 2010 by Adrienne Rich
(W.W. Norton, $24.95, 9780393079678)
“In this collection of poems, Rich puts our feet to the fire and forces us to keep them there until we understand what she is telling us about war and all of the pain associated with it. She is a radical writer, who forces us to look at what we would wish to avoid if not for her insistence. She does the work of the poet and doesn’t falter. A national treasure, Rich should always be on the list of most essential and necessary poets.” —Lucy Kogler, Talking Leaves, Buffalo, NY