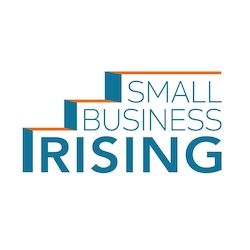 On April 6, 2021, the American Booksellers Association joined a new coalition of independent businesses to urge policymakers to rein in monopoly power and level the playing field that has long left them at a competitive disadvantage and has allowed monopolies like Amazon to amass outsized power and influence.

Called “Small Business Rising,” the coalition includes a broad and diverse cross-section of businesses owners and entrepreneurs from all corners of the country that are united around a common goal: breaking up monopoly power to safeguard the right of small businesses to compete and serve the needs of their communities.

“Locally owned businesses are the heartbeats of their communities, and ABA is very excited to be a part of this coalition advocating on behalf of independent businesses and their right to compete in a fair market,” said Allison K Hill, CEO of the American Booksellers Association.

“The pandemic has shed light on just how concentrated our markets are, with companies like Amazon seeing massively increased profits as America's small businesses fight to survive. ABA believes we are stronger together and is excited to provide our members with this opportunity to connect with other independent businesses as we advocate for breaking up monopoly power.”

Small Business Rising is a joint campaign of more than 20 independent business organizations representing more than 60,000 independent businesses owners across the country, including the American Booksellers Association, American Independent Business Alliance, Main Street Alliance, National Grocers Association, and many others (a complete list is here). The Institute for Local Self-Reliance helped convene the coalition and is a member of it.

Small Business Rising is calling for policymakers to build an economy that is more prosperous, equitable, and innovative by leveling the playing field. The campaign is asking policymakers to:

“Concentrated market power is the single biggest threat facing independent businesses,” said Stacy Mitchell, co-director of the Institute for Local Self-Reliance. “Every day, we lose more small businesses because of the abusive and anti-competitive tactics of Amazon and other monopolies. This campaign gives America’s entrepreneurs a platform to stand up and call on policymakers to check monopoly power and reinvigorate the antitrust laws.”

“It’s important for our network to be connected to a platform that gives the independent businesses we represent a strong voice in the political discussion on market concentration,” said Derek Peebles, executive director of the American Independent Business Alliance.

“Small businesses are uniting to say enough is enough to the anti-competitive tactics of large corporations who have been squeezing small businesses across every sector and every level. From the supply chain to the final sale, monopolies are dominating the marketplace, and divesting from our communities,” said Didier Trinh, government affairs director of the Main Street Alliance. “Small businesses, including Main Street Alliance members, are uniting across industries to sound the warning bells, and provide solutions that can put us on a path to a more resilient and equitable economy.”

“Never before has the lifeline of a small retailer felt so tenuous, especially with Amazon’s growing dominance,” said Natasha Amott, owner of Whisk kitchen supply store in New York. “Let’s make no mistake, it is time for small businesses to unite to make our voices heard and call on policymakers to revive antitrust laws with vigor.”

Earlier this year, these organizations collaborated on a joint letter to President Biden urging the Administration to prioritize antitrust efforts, and they hosted an antimonopoly town hall that featured Rep. David Cicilline and drew nearly 400 business owners.

Small Business Rising will build on this momentum. By telling their stories, independent businesses will help policymakers understand how failed antitrust policies are harming their industries and communities, and the urgent need for policymakers to act.