Marketing kits for the American Booksellers Association’s partnership with Well-Read Black Girl (WRBG) founder Glory Edim are starting to ship from Well-Read Black Girl publisher Penguin Random House this week. The kits, which include a window cling, an easel, bookmarks, and links to digital assets, will continue shipping on a rolling basis until supplies are depleted. 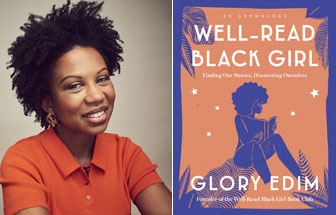 Edim and ABA have also announced their three suggested titles for WRBG book clubs to try in May, including a debut, a paperback, and a YA title. In the debut category, ABA and Edim have chosen Lot: Stories by Bryan Washington (Riverhead); for paperback, Sing, Unburied, Sing by Jesmyn Ward (Scribner); and for YA, The Sun Is Also a Star by Nicola Yoon (Delacorte Press).

Dozens of booksellers have already signed up to host Well-Read Black Girl book clubs in their stores this year. Independent booksellers nationwide are invited to e-mail WRBG@bookweb.org to sign up to host a book club or to share ideas; be sure to include your name, store name, city, and state.

Throughout 2019, Edim will promote indie bookstore book clubs on her social media platforms and encourage followers to ask their local store to host a book club. In addition, Edim will lead a workshop at the seventh annual Children’s Institute in Pittsburgh in June to discuss best practices and tips for establishing a Well-Read Black Girl book club. In September, each participating Well-Read Black Girl book club will read the same title (to be determined), and Edim will visit a number of indie bookstores and Skype into book clubs throughout the fall.

Many of the stores that have signed up are featured on an interactive map on IndieBound.org; as stores continue to sign up for WRBG book clubs, they will be added to this map so customers can find a book club near them. In addition to being featured on the map, stores that sign on to host book clubs will:

Bookstores can also visit the designated Well-Read Black Girl page on BookWeb.org to download marketing assets including a WRBG website stamp, banners, and e-cards and to join a private Facebook Group.

Edim is the winner of the 2017 Innovator’s Award from the Los Angeles Times Book Prizes and a board member of New York City’s Housing Works Bookstore. Her book Well-Read Black Girl: Finding Our Stories, Discovering Ourselves was published by Ballantine Books on October 30, 2018.

Keep an eye on upcoming issues of Bookselling This Week for more about this collaboration.