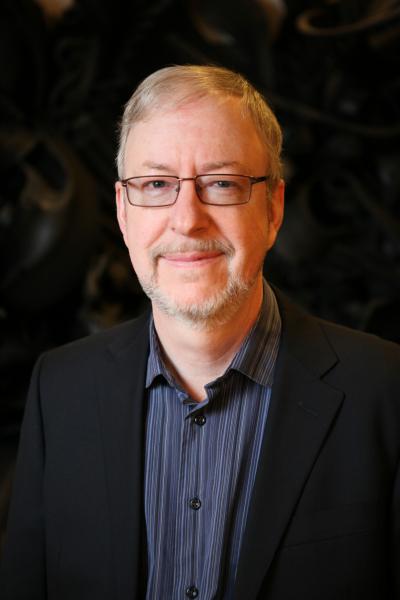 For the past 40 years, NCAC, as an alliance of more than 50 national non-profits, including literary, artistic, religious, educational, professional, labor, and civil liberties groups, has engaged in direct advocacy and education to support First Amendment principles. It was formed in response to the 1973 Supreme Court decision in Miller v. California, which narrowed First Amendment protections for sexual expression.

“NCAC is a very broad representation of people, groups, and professions, and ABA is one of the participating organizations that has been part of NCAC since the beginning, so in a real sense, I am going to continue to work for booksellers on First Amendment and free speech issues,” said Finan. In addition to ABA, members of the New York City-based organization include the Association of American Publishers, the American Library Association, the College Art Association, the Dramatists Guild, and PEN America.

ABA CEO Oren Teicher commented, “Chris and I have worked together for 30 years, first in his capacity at Media Coalition and later, of course, for ABFFE, which continued after ABFFE became part of ABA as the American Booksellers for Free Expression (ABFE). When I became ABA’s COO, there was only one choice to succeed me at ABFFE, and that person was Chris. There is no one — and I mean no one — with greater knowledge and expertise in all things related to free expression and the First Amendment than Chris Finan. Booksellers and ABA have been most fortunate to have had him as our advocate all these years, and to say we will miss him is a big understatement. But we understand that this opportunity with NCAC was one that was difficult to pass up, and we wish him the best.”

Finan became the president of the American Booksellers Foundation for Free Expression (ABFFE) in 1998. The organization was established by ABA in 1990 to defend the First Amendment rights of booksellers and their customers; ABFFE merged with ABA in 2015, and was renamed ABFE. Finan joined the NCAC Board of Directors soon after he started with ABFFE, and later served as chair for several terms. Finan is also currently the chair of Media Coalition, a trade association that defends the rights of bookstores and other businesses that produce and distribute First Amendment-protected material.

As the head of ABFFE and later ABFE, Finan led the group’s efforts on a number of projects that he will continue to be involved with as the new head of NCAC, including Banned Books Week, which NCAC co-sponsors with ABA and several other organizations, and the Kids’ Right to Read project, which the NCAC co-founded with ABFFE in 2007.

Finan was involved with ABFFE and ABFE during some of the most pivotal times in booksellers’ fight to protect their customers’ privacy. In 1998, Kenneth Starr tried to subpoena records of Monica Lewinsky’s book purchases at Washington, D.C.’s Kramerbooks. ABFFE and ABA joined the bookstore in suing Starr to block the subpoena. Later, Lewinsky turned over her records in return for immunity.

In 2000, Denver’s Tattered Cover Book Store fought to quash a police search warrant for the purchase records of one of the store’s customers. That case went all the way to the Colorado Supreme Court, which invalidated the warrant and declared that booksellers have a right to a hearing before complying with a police demand for customer records.

Following September 11, 2001, the passage of the PATRIOT Act gave the U.S. government the power to search bookstore and library records that are “relevant” to a terrorism investigation, a much lower legal standard. In 2015, ABA helped found the Campaign for Reader Privacy, which fought alongside then-Representative Bernie Sanders for the Freedom to Read Protection Act to restore the safeguards for reader privacy.

ABA and the other members of the Campaign (the American Library Association, the Association of American Publishers, and PEN America) launched a petition campaign that collected more than 100,000 signatures, forcing Congress to add several significant safeguards. They continue to push for a higher standard for obtaining reader records.

“I’m immensely proud of the role that booksellers have played in maintaining civil liberties during some very dangerous times for free speech,” Finan told Bookselling This Week. “It’s been a great privilege to work on their behalf.”

Finan, who is also the author of several books, including a history of free speech, said he wants booksellers to know that he will continue to support the vital role they play in what U.S. Supreme Court Justice Oliver Wendell Holmes Jr. called “the marketplace of ideas.”

As ABA reviews the best way to organize ABFE moving forward, Teicher said that the association’s “commitment to these issues remains central to everything we do. First Amendment/free expression matters will remain at the forefront of what ABA is all about.”