In Age of Amazon, Indie Toy Stores, Like Indie Bookstores, Hold Their Own

In the face of Amazon’s ever-increasing market dominance, many independent retailers have been able to thrive by relying on the very nature of their business: the experience they provide for customers, the types of products they sell, and the local connections they create.

Providing good service is all about providing a top-notch customer experience, and indie toy stores, like indie bookstores, have a particular ability to stage fun events that engage with customers, according to Kimberly Mosley, president of the American Specialty Toy Retailing Association (ASTRA).

According to Mosley, indie toy stores tend to be very creative with the types of events they put on at their stores, which may include game nights for kids and/or adults, arts and crafts events, and story times, whether or not the store carries books.

In addition to providing in-person and online education, training, and certification programs for toy retailers, ASTRA also organizes an annual Neighborhood Toy Store Day (November 11 this year), similar to the book industry’s Independent Bookstore Day. Every November, indie toy store owners kick off the fourth quarter holiday buying season by opening their doors and inviting in the community for exciting sales and events.

“When I think of personal service, I think of whether I can call and say, ‘Hey, I need a toy that’s already wrapped by the time I get there because I’m late for a birthday party,’” said Mosley. “But the full customer experience includes the fact that they’re going to have Santa Claus and I can bring my child to meet him, or that I can meet an author I like.” 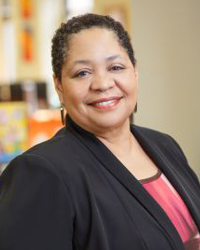 When it comes to the nature of the products they sell, Mosley said indie toy retailers are also likelier to have more feature-rich kinds of products on their shelves, so staff will be more knowledgeable and are able to explain to the customer how to use the product and what it can do.

“We feel like the doors to the toy store are always open. There’s more opportunity to come into your local independent toy store and have the owner be willing to unbox an item and let the child put their hands on it and play with it — or the parent, so he or she can gain a better understanding of how to play with the toy,” Mosley said.

According to ASTRA’s research, the independent toy retail market, like the indie bookstore market, is currently doing well, as evidenced by statistics that show growth in toy sales over the past couple of years, said Mosley.

Like indie bookstores, Mosley said, toy stores have adapted in the age of Amazon and changed the way they do business. To that end, many independent toy retailers have realized the utility of selling their products online, and ASTRA’s recent statistics show that about half of their brick-and-mortar retailer members also sell online; however, at the moment, Mosley said ASTRA does not have detailed statistics on whether these retailers are more likely to sell through their own websites, through online third-party sellers like Amazon or Zulily, or through social media sites with retail capabilities, such as Pinterest. 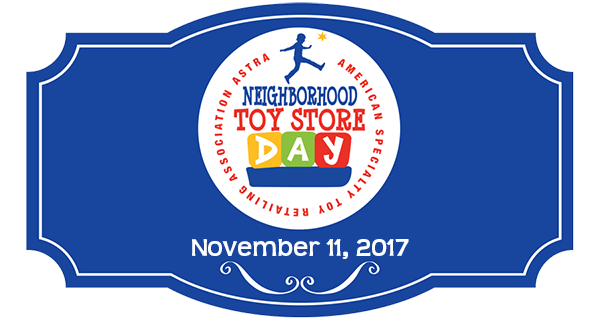 “I think toy store owners have realized their unique value proposition and what they are bringing to the table that makes them distinct from a big-box or an online purchase, and they’re doing things to make sure that the customer recognizes and understands that,” said Mosley. “Our retailers, for the most part, are not apologetic that their price might be a little higher than what someone could find on Amazon, and they make sure that the customer understands the advantages of being able to shop in their store as opposed to shopping in other channels.”

Indie toy stores are also very likely to be part of their local communities, said Mosley, which customers recognize. Indie toy stores’ efforts can include sponsoring local festivals or sports teams; collecting money for local charities; hiring staff from the area; or participating in community events.

“Their customers tend to feel like, this is my neighborhood toy store, as opposed to with a big-box or Amazon type of purchase,” Mosley said.

In addition to members of the community, many toy brands and manufacturers that sell to retailers also realize the importance of the independent toy channel, and some find ways to specially market to them, according to Mosley.

“There are certain toy manufacturers that have always distributed only to independent toy retailers, and that is usually because their product does better in an indie compared to if it were to sit on a shelf in a big-box store or be sold online,” said Mosley. “They can benefit from selling their product in an environment where the owner can unbox the toy and explain to the customers how to use it.”

Like some book publishers, certain manufacturers will provide specials, discounts, or advantageous pricing and terms, such as lower minimums, to independently owned and operated retailers in order to help those retailers succeed. Some of these manufacturers, said Mosley, feel very strongly about not selling their products online.

In addition, said Mosley, some toy manufacturers that will not sell online and only sell to either big-box or to local independently owned toy retailers do so because physical stores are easier than online sellers to monitor for bad or unscrupulous business practices.

But the main quality that indie booksellers and indie toy retailers seem to have in common, said Mosley, is a passion for their product and for what they do.

“Our toy retailers have a passion for quality — and safe — play products,” said Mosley. “We believe that the toys sold in our toy stores become the toy that is handed down generation after generation, as opposed to the toy that ends up at the bottom of the toy box.”