In 2011, Alabama bookseller Carrie Rollwagen challenged herself to shop exclusively at local independently owned businesses for an entire year. Two years later, Rollwagen turned her blog chronicling that year into a 270-page book, The Localist: Think Independent, Buy Local and Reclaim the American Dream, which she hopes will inspire others to take up the challenge. 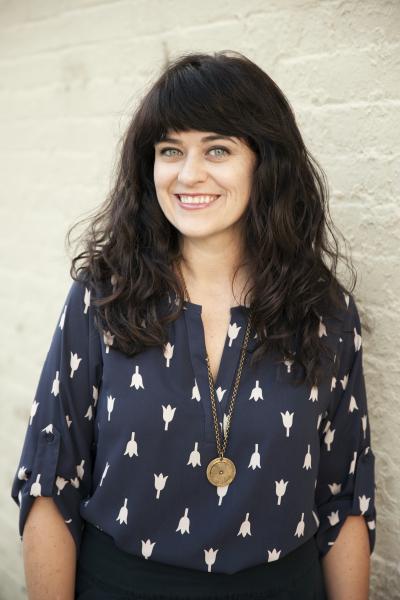 Rollwagen, who is the co-founder of Church Street Coffee & Books in Mountain Brook, Alabama, a suburb of Birmingham, said she originally started her blog, Shop Small, as an experiment. The Localist is a look at that experience as well as a meditation on the virtues of shopping local.

“I went into [the shop local-only challenge] thinking it would be almost impossible and really expensive, and then really quickly I found out, it’s not impossible,” Rollwagen said. “It only took a couple weeks to a month to figure out where I should shop for things.” Once a pattern developed, “it was really easy, and I ended up saving a lot of money,” she added. “That was the big takeaway that I was really surprised about, and most people were really surprised to learn about as well.

Part of the reason shopping at independents was less expensive, Rollwagen said, was less exposure to the temptation of impulse buys. “If I walk into Target and need something that’s $15, I never just spend $15,” she said, with a laugh. While small business owners are “not usually focused on putting a ton of ‘grab and go’ merchandise at the register.”

But of greater significance was that once Rollwagen made the commitment to shop local-only she became more intentional with her shopping. 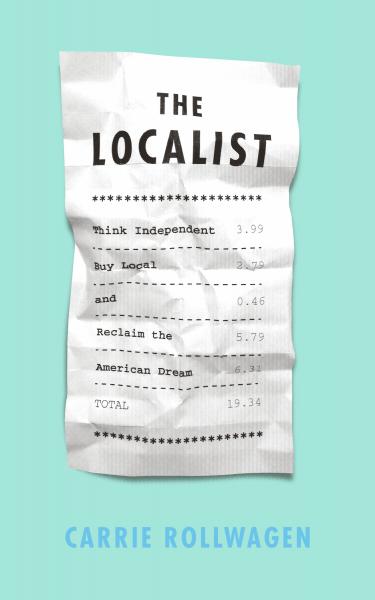 d buying locally I felt a lot more connected to what I was putting my money behind and the things I was investing in, and it felt a lot more like a creative process,” she said. “I think this kind of thing feels a lot better for us as people, rather than just feeling like we’re throwing a lot of money into a void.”

As a business owner, Rollwagen said that she found having a real conversation about shopping locally was hard to pull off without the feeling she was shaming customers or quoting a bunch of statistics, so her solution was writing a short, entertaining book for her customers, something that not only had the information people needed to realize the effects of their choices, but was also something her store could sell.

Rollwagen self-published The Localist, which is available in paperback online and as an e-book through Kobo. She celebrated the book’s launch at Church Street Coffee & Books on November 29, 2014, Small Business Saturday, after holding a Kickstarter campaign to fund its publication. The nearly $8,200 raised from 179 backers is also funding her current book tour from New Orleans to New York via Amtrak’s Crescent Line, a journey Rollwagen is documenting on her website’s blog and on Twitter.

She said that she has been pleased with the response to her book so far.

“I think there are lots of great books on [the importance of patronizing locally owned mom-and-pop stores], and I was stocking them but I wasn’t really getting anyone to buy them,” Rollwagen said. “A lot of the feedback I have gotten with my new book is that it was a really quick read and easy, and it was funnier than people thought, and that’s exactly what I wanted.”