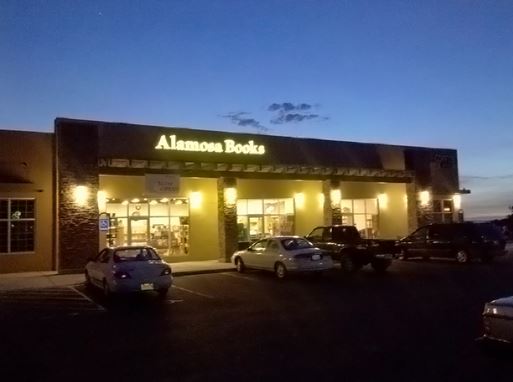 This month, Alamosa Books in Albuquerque, New Mexico, will be adding 3,600 square feet to its current 3,870 square-foot space, as the store expands into a second storefront to create a larger events space, an in-store café, enough room to separate middle reader and YA sections, and a bigger selection of adult titles.

The plan to expand has been in the works since the bookstore, which specializes in children’s books, opened more than three years ago, said owner Elizabeth Anker, adding that she signed the lease for the store’s current space with the understanding that the adjoining bike shop would be going out of business. When the bike shop did not go out of business, Anker stayed in her a too-small store, which had no back room or storage space and required that heavy furniture be moved around in order to accommodate crowds of more than 30 people.

When a different business in the same plaza but around the corner from the bookstore recently closed its doors, Anker jumped at the chance to fulfill her original dream. The new space, which Anker has dubbed “The Reading Room,” will allow for a more clear-cut separation of middle grade and teen reads, giving both age groups their own areas in the store. This is key to Anker’s aim to do whatever is possible to introduce children and teens to new books. “We are on a mission to engage kids in reading more than badly spelled text messages, so that cultural transmission will not die with the electronic age,” she said.

The additional square footage will also double as an events space that will allow the store to greatly increase its activities, including more storytimes, craftworks, and book clubs for all ages. The store will also be adding Open Mic Nights and Quiz Nights later in September.

In November, Alamosa will complete the final phase of its expansion by partnering with a local coffee roaster who will run a café inside the store but separate from the selling floor.

On November 1, “we’ll be opening the café space and celebrating with a Day of the Dead party of magnificent proportions,” said Anker. “We’re finally creating the bookstore we set out to open three and a half years ago.”