In an email on Friday, October 11, American Booksellers Association President Jamie Fiocco notified association bookstore members that the position of association CEO had been offered to, and accepted by, Allison K. Hill, president and CEO of Vroman’s Bookstore, in Pasadena, California. In March, Oren J. Teicher, ABA CEO for the past 10 years, announced that he would be stepping down by year’s end. Hill’s appointment is effective March 1, 2020. 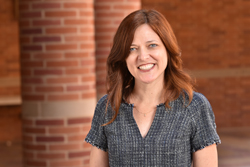 Hill, who began her career in the book industry with Simon & Schuster and Waterstone’s Booksellers, was general manager of Book Soup, in West Hollywood, California, before joining Vroman’s in 2004 as general manager. She was made VP and COO of the bookstore in 2007 and became its president and CEO in 2013, responsible for all aspects of operations. Hill is the former treasurer and VP of the Southern California Independent Booksellers Association and a former member of ABA’s Booksellers Advisory Council, and she is also a recent recipient of an MBA from the UCLA Anderson School of Management. Vroman’s was the recipient of Publishers Weekly’s Bookstore of the Year Award in 2008.

ABA President Jamie Fiocco said, “Allison has a long and successful history within the bookselling and publishing world, and ABA could not be more delighted that she will be taking on this new role.”

Hill added, “I can’t think of a better opportunity to exercise my passion for books, bookstores, and changing the world through business than as the CEO of ABA. Bookselling has always been a dream job for me, and now I’m trading one dream job for another: the opportunity to re-energize the conversation for our industry and initiate changes that are necessary for us to create a sustainable model. This is a challenging era for booksellers, one that requires new thinking and new partnerships. It’s an exciting time and I am honored and excited to take on this new role.” 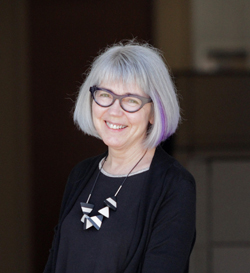 In addition to the appointment of Hill, ABA has also announced that Joy Dallanegra-Sanger, ABA’s senior program officer, would become the association’s COO, effective November 1. Dallanegra-Sanger has served as ABA’s senior programming officer since 2011 and has led the development of several association initiatives, including the Children’s Institute, Indies Introduce, and ABA’s pre-order campaign for the indie channel.

Fiocco said, “Joy has shown extraordinary leadership in her eight years at ABA, as she has forged essential relationships with our industry partners and developed programs to help booksellers sell more books at greater profit. ABA is most fortunate to have Allison and Joy heading our staff.”

Dallanegra-Sanger said, “I look forward to a strong partnership with Allison and continuing my commitment to strengthening the position of independent bookstores in the retail marketplace.”

In selecting the association’s new CEO, in March the ABA Board retained the outside search firm of Isaacson Miller and appointed a search committee to recommend the next CEO to the ABA Board. The members of the search committee are: ABA president Jamie Fiocco; ABA immediate past president Robert Sindelar; ABA Board members Bradley Graham, Christine Onorati, and Annie Philbrick; and ABA member booksellers Gayle Shanks of Changing Hands Bookstore in Tempe and Phoenix, Arizona, and Len Vlahos of Tattered Cover in Denver, Colorado.

Teicher will relinquish his CEO duties as of November 1 but will remain available to Hill, Dallanegra-Sanger, and the ABA Board during November and December to assist in the transition.

Teicher said, “I am thrilled with the appointments of Allison and Joy. They will make a great team and, with their leadership, I have every confidence in the continued growth and success of both ABA and indie bookstores.” ABA will be hosting a farewell to Teicher at the upcoming Winter Institute, in Baltimore, on January 21, 2020.

A full copy of Fiocco’s message to the membership can be found below.

I am pleased to announce that after a full and thorough search, the ABA Board of Directors has offered the position of our new CEO to Allison K. Hill. We are delighted that Allison has accepted this appointment, effective March 1, 2020. As some of you may know, Allison has a long history within the bookselling and publishing world and is passionate about people, books, and changing the world through business. Most recently, she was President/CEO of A.C. Vroman, Inc., the venerable 125-year-old bookseller in Pasadena, California. Allison also served as VP of Vroman’s Real Estate Ventures, overseeing all aspects of property management and budgeting as well as researching potential start-up investments. Allison has a BA in English and a minor in Peace and Justice Studies from Tufts University in Boston, and worked at Simon & Schuster as a series editor for multicultural anthologies after graduation. In 1996, Allison started her bookselling career at Waterstone’s Booksellers in Boston, then moved to Book Soup in West Hollywood, California, before joining Vroman’s in 2004. Throughout her 20 years in management, Allison has placed a premium on addressing company culture, resulting in low staff turnover, and higher company profits through vendor negotiations, budgeting, strategic purchasing, and new revenue streams.

In 2007, Vroman’s was named Publishers Weekly Bookstore of the Year, when she was General Manager. Allison has also served as a small business consultant, is a freelance writer, and is a public speaker on the topic of women in business. This year, Allison received her MBA in Entrepreneurship from UCLA Anderson School of Management.

The CEO Search Committee consisted of myself, immediate past ABA President Robert Sindelar (Third Place Books, Seattle, Washington), ABA Vice President Bradley Graham (Politics and Prose, Washington, DC), ABA Board Member Christine Onorati (WORD Bookstores in Brooklyn, New York, and Jersey City, New Jersey), former ABA Board member Annie Philbrick (Bank Square Books in Mystic, Connecticut, and Savoy Bookshop and Café in Westerly, Rhode Island), former ABA Board President Gayle Shanks (Changing Hands Bookstore in Phoenix and Tempe, Arizona), and Len Vlahos (Tattered Cover Book Store in Denver, Colorado). Together with the search firm Isaacson Miller, the committee interviewed scores of candidates over five months; although the finalists were each highly qualified and would bring their own unique strengths to the ABA, the committee unanimously recommended Allison to the ABA Board as the right person for the job. I’d like to thank the Search Committee for not only their time but their honesty, integrity, and thoughtfulness as we traveled through the search process.

I am equally pleased to announce that Joy Dallanegra-Sanger has been promoted to COO of the ABA as of November 1. Joy has shown extraordinary leadership in her eight years at ABA, as she has forged essential relationships with our industry partners and developed programs to help booksellers sell more books at greater profit. Joy is responsible for many of ABA’s current successes and, in addition, she’s played a key role in mentoring and organizing the ABA staff. With her industry connections and knowledge of ABA programs, she and Allison make a powerful team. Joy will lead the ABA from November 1 until Allison begins work on March 1.

I would be remiss in not thanking the ABA staff for their patience and trust during this lengthy search process. A key reason I became involved with ABA volunteer leadership is due to my respect for the work the ABA staff does and the positive manner in which they do it. The quality programming and events produced by a staff the size of ABA’s is a testament to their creativity, aptitude, and dedication to independent bookselling.

Allison will be succeeding current CEO Oren J. Teicher, who announced his retirement this past March. Oren will relinquish his CEO duties as of November 1 but will remain available to Allison, Joy, and the Board during November and December to assist in the transition. Oren caps an amazingly productive 30 years with ABA with the distinction of having grown ABA membership every single year since he became CEO in 2009. As we all know, Oren’s dedication to independent booksellers and independent business is unparalleled; he’s worked tirelessly to advance our interests through advocacy, education, programming, and improved business practices. Oren leaves the ABA in great form and ready to take off to a new level of service to members. We thank Oren for his dedication and contributions and will honor him with a reception at Winter Institute in Baltimore in January 2020.

Finally, as ABA enters into this new era of leadership, I’d like to thank my bookseller colleagues and our industry partners for getting involved and working together to solve our challenges.