Roberta Rubin, the former owner of The Book Stall at Chestnut Court in Winnetka, Illinois, serves as co-chair of the Board of Directors of the new American Writers Museum, the first national museum to honor the country’s writers. 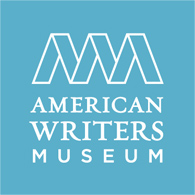 The museum, which opened on Tuesday, May 16, on Chicago’s North Michigan Avenue, highlights iconic American authors of the past and present, including Mark Twain, James Baldwin, Emily Dickinson, Kurt Vonnegut, Henry Miller, Herman Melville, John Updike, Louise Erdrich, and Octavia Butler. It also features exhibits and programming to engage the public in the work of American writers and to explore their influence on American history, identity, and culture.

“There’s already a baseball hall of fame, a rock and roll hall of fame — now we have a museum where we can walk in and be proud of our writers and our national heritage of writing and reading,” said Rubin. “We’re not calling it the museum of American literature; we’re calling it the American Writers Museum because we want to encourage people in the future to write. We want to show what American writing has been in the past and how it can move into the future; we want to honor our literary heritage.”

The museum, which has 15 employees and an annual operating budget of about $1.9 million, is the vision of founder Malcolm O’Hagan, former CEO of the National Electrical Manufacturers Association. O’Hagan who came from Ireland, home to the Dublin Writers Museum, was disappointed there wasn’t anything similar in the states, said Rubin.

“In the U.S., we have individual authors’ homes, like the Ernest Hemingway home in Oak Park and the Edith Wharton home in the Berkshires, but there was no one place that really says we value writing, we value our literary heritage,” said Rubin, whose serves as co-chair of the board with M. Hill Hammock, a former Chicago banker. 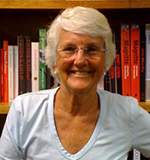 Rubin became involved in the project three years ago, after retiring from the bookstore she brought to national prominence over her 31 years as owner. Two years ago, she was appointed co-chair of the nonprofit that was created to launch the American Writers Museum.

“It’s an interesting project and it’s really come to fruition,” said Rubin. “My contribution is my bookselling background and my contacts with the publishing world and with booksellers and authors.”

Rubin said the board ultimately chose Chicago as the museum’s location because of its literary heritage, which includes its bookstores and prestigious colleges, and the fact that the city was once home to such authors as Ernest Hemingway, Gwendolyn Brooks, and Saul Bellow. In addition, its location in the center of the country assures that the museum isn’t strictly regional, said Rubin.

The American Writers Museum, which consists of nine galleries in a U-shape, was created with nearly $10 million in privately raised funds. The space was designed by Andrew Anway, founder of Amaze Design, a Boston-based firm whose museum and museum exhibit projects span from the U.S. and Australia to Qatar and Malaysia. 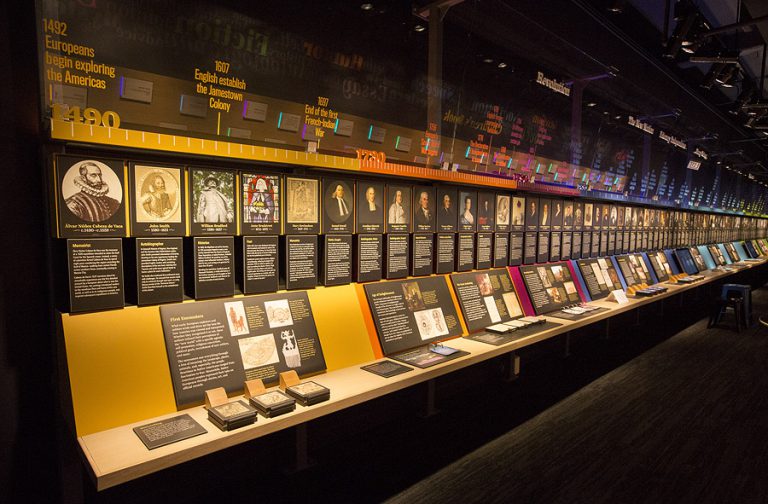 The ceiling in the museum’s front hall features an installation of books arranged in a color-coordinated pattern; following that, a multitude of unique exhibits engage all five senses. These include “American Voices,” an 85-foot wall that tells the chronological story of American writing through 100 significant writers, and the “Surprise Bookshelf,” a gallery where visitors can open boxes that contain a sensory surprise: for songwriter Stephen Foster, the folk tune “Oh! Susanna” plays; for Julia Child, the smell of chicken wafts through the air. Rubin said that the museum’s board wanted the displays to be interactive, innovative, and interdisciplinary, with videos, digital touch screens, and high-tech multimedia installations throughout.

“It took me an hour and a half to walk through the first time but you could really spend a whole day there,” said Rubin, who also gave C-SPAN a tour of the 11,000 square-foot museum. Other highlights include a children’s gallery with a mural by children’s book illustrator Paul Zelinsky; a room dedicated to the authors of Chicago; an exhibit featuring palm trees that was inspired by the nature poetry of W.S. Merwin, the 17th U.S. Poet Laureate; and a bevy of typewriters that museum visitors can try. In addition to multiple rooms named for various donors to the museum, one is named for Rubin: the Roberta Rubin Writer’s Room, which will feature rotating exhibits.

“A group of friends, colleagues, and publishers all contributed to create that particular room,” Rubin said. “It started as a fundraising effort to get our industry more involved.” 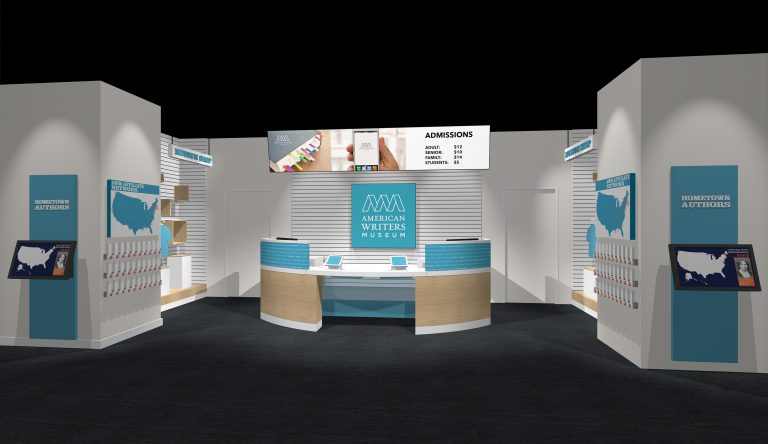 The welcome desk at the American Writers Museum.

Beyond the writer’s gallery, an alcove showcases a temporary exhibit on loan from the estate of Jack Kerouac: the author’s 120-foot On the Road scroll manuscript, which Kerouac pieced together from different sheets of paper as he traveled across the country; the scroll exhibit will be followed by an exhibit on the life and works of Laura Ingalls Wilder.

A ribbon-cutting ceremony for the museum took place on Monday, May 15, and featured Chicago Mayor Rahm Emmanuel and Pulitzer Prize-winning author David McCullough. The latter is a member of the museum’s national advisory council, which consists of many prominent authors, including Joyce Carol Oates, Isabel Allende, and George Saunders.

Rubin said that the American Writers Museum’s affiliates program includes more than 50 museums and homes of individual American authors with which the museum will explore cooperative programming and collaborate to ensure that the authors are represented accurately. Going forward, programming at the museum will include events with authors and programs with school groups designed to teach students the value of writing.

“We’re featuring the writers of the past, but we hope that that will stimulate some 12- or 14-year-old to say, ‘I want to write like that someday,’” said Rubin.