Five finalists have been chosen for the first annual Anna Dewdney Read Together Award, which honors a superb read-aloud picture book that also sparks compassion, empathy, and connection. 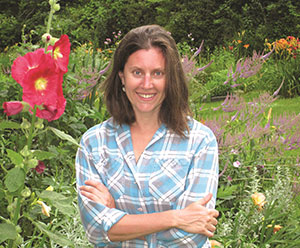 The award, co-sponsored by Penguin Young Readers, the Children’s Book Council (CBC), and Every Child a Reader, commemorates the life and work of children’s book author/illustrator Anna Dewdney and celebrates her commitment to putting books into as many children’s hands as possible.

The five finalists for the Anna Dewdney Read Together Award are:

The CBC will announce the winner of the $1,000 prize, to be split between the author and the illustrator, during Children’s Book Week, May 1-7, 2017. In addition, Penguin will purchase $5,000 worth of copies of the winning book, to be donated to the school, library, or literacy organization of the winner’s choice.

Dewdney, who died from cancer last year at the age of 50, was a tireless advocate for children’s literacy and the bestselling author and illustrator of the award-winning Llama Llama series. Her other titles include Nobunny’s Perfect, Roly Poly Pangolin, and Grumpy Gloria.