Get Lit., a new independent general-interest bookstore, has opened in Sierra Vista, Arizona. “While our focus is on literary fiction, classic literature, and local/regional interest, we are the only bookstore in town and we really do strive to have a little of something for everyone,” said owner Roxanna McGinnis.

Get Lit. opened recently in Arizona.

The store was profiled by local newspaper the Herald/Review, which chronicled McGinnis’ year-long plan to bring a bookstore to the city of Sierra Vista, which had a population of nearly 44,000 in the last Census. “It was about a year ago I was invited to a baby shower where instead of a card, they said bring a book and I thought, ‘what a great idea,’ but there wasn’t a place to buy a unique book around here. I started thinking we really, really need a place,” she told the Herald/Review.

In addition to books, the store also sells gift items with a military theme as well as gifts for pets.

Half Price Books of Dallas, Texas, is opening a new store in Wichita, Kansas, in the fall, according to The Wichita Eagle newspaper. The new bookstore will take up about 10,000 square feet of a newly reconfigured space in a shopping center.

Half Price Books, a family owned chain started in 1972, has 124 stores in 17 states. It sells new and used books, movies, and music and buys books back from customers.

Duende District in Washington, D.C., will run a pop-up shop with BloomBars, an arts-oriented community space in Columbia Heights, from February 5 through April 8.

Duende District founder and former Politics and Prose staffer Angela Maria Spring is continuing to add pop-up locations throughout the Washington area as she plans for a permanent bricks-and-mortar store. She is also running two long-term pop-ups in Washington D.C., at MahoganyBooks at the Anacostia Arts Center and at Burmese eatery and bodega Toli Moli at Union Market.

David Shuman, manager of Book People in Richmond, Virginia, is planning to purchase the 37-year-old business along with fellow employees. 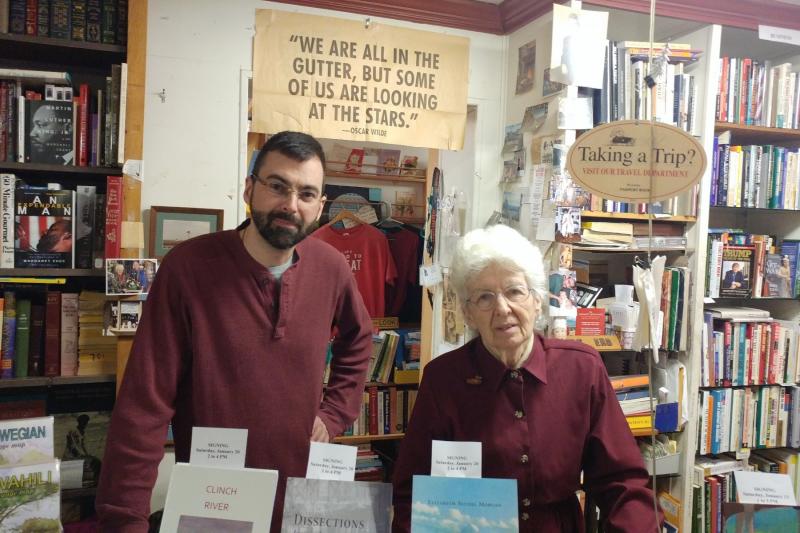 A report in Richmond BizSense explains how the store started an Indiegogo crowdfunding campaign in December to raise money for renovations and upgrades as owner Ruth Erb planned to retire. The effort raised $14,000 from 84 backers, and additional anonymous benefactors brought the total to $26,000.

Shuman told the news site that the store will get upgrades in its shelving, lighting, floors, and point-of-sale system. He also plans to add online sales in the spring.

Since the news report came out late last week, Book People began a second fundraising effort, this time on GoFundMe, to reach a goal of $40,000 to pay for repairs and upgrades.

New Owners Settling in at Bookstore of Glen Ellyn

Shannon Burgess and Gail Dickson, the new owners of The Bookstore of Glen Ellyn have been busy during their first days since taking over the Glen Ellyn, Illinois, bookstore on January 1. The longtime customers purchased the shop from Jane Stroh, who worked at the bookstore for 32 years and owned it for 20 of those. She retired on December 31, and at the time wrote a letter to her customers praising the new owners for their dedication to the community and love for books.

The original moniker of The Bookstore was expanded to include the name of the community, and the owners created a new website to reflect the change. Writing on Facebook, the new owners posted on their first day: “Thanks to everyone who braved the cold, encouraged us as weary new owners, waited patiently as the computer kinks were addressed, and supported their local independent bookstore. We couldn’t do this without you. Come visit us soon.”

The bookstore held an open house and party to honor Stroh on January 7.

Politics and Prose Owners Named Washingtonians of the Year

Lissa Muscatine and Bradley Graham, the owners of Politics and Prose in Washington, D.C., have been named “Washingtonians of the Year 2017” by Washingtonian magazine. 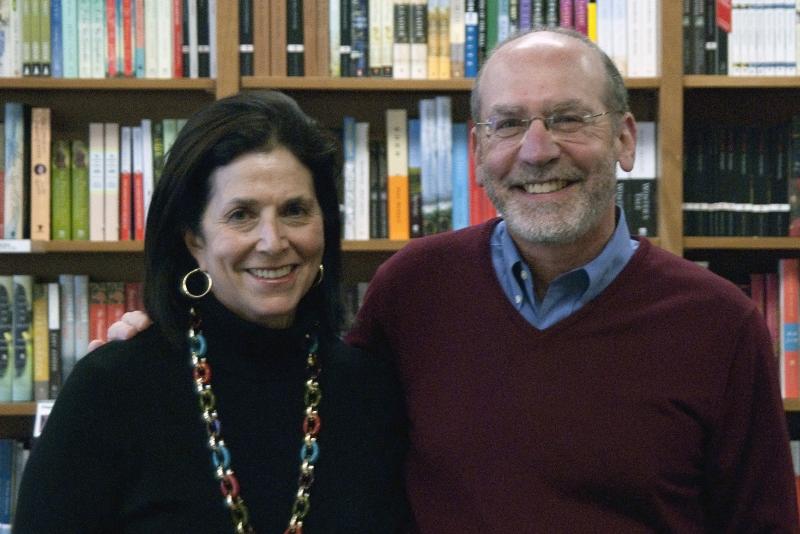 The pair of former Washington Post journalists bought the bookstore in Northwest D.C. in 2011. They currently manage a staff of more than 120 people across two bookstores and a café.

“Today, with record-high sales six years in a row, Politics and Prose not only remains a cherished fixture for book lovers — with a recent expansion to the Wharf and plans to open in the Union Market district in 2018 — but also has become a haven for the local community after the 2016 election,” Washingtonian wrote.

“The election and its aftermath — and certainly the reaction of the people who support this store — reinforced why independent bookstores matter,” Muscatine told Washingtonian.

Alex W. Meriwether has been promoted to general manager of the Harvard Book Store from his post as marketing manager, which he held for four years. During that time, he expanded the bookstore’s author visits series to include more than 500 events a year.

“We are thrilled about Alex’s taking the general manager position at a time when there is a resurgence in independent brick-and-mortar bookselling,” Jeff Mayersohn, co-owner of the store, said in a statement announcing the management change. “He has done an extraordinary job in our marketing group. With Alex in charge and with Rachel Cass as head buyer and Mark Lamphier as store manager, we have a remarkably strong and experienced leadership team.”

Meriwether is taking over from Carole M. Horne, who has worked at the Harvard Book Store for 43 years and is semi-retiring. She plans to continue with the company part time and will serve in the buying group and as a senior advisor to the management team. “Apart from being widely revered as a leader in bookselling, Carole is one of the individuals most responsible for the development of Harvard Book Store into the remarkable institution that it is,” Mayersohn said.

Meriweather joined the Cambridge, Massachusetts, bookstore in 2004. Harvard Book Store was founded in 1932.

Janet Geddis, owner of Avid Bookshop, which has two locations in Athens, Georgia, will be a speaker for TEDxUGA on March 22 at the Classic Center in downtown Athens. The bookstore announced the news on Facebook, writing, “We have big news we can finally share! Janet, owner/founder of Avid, has been selected to be a TEDxUGA presenter this year. (OMG.)”

The “x” stands for an independently organized TED event. This one is run by the University of Georgia. TED Talks feature experts on subjects such as business, science, technology, and other fields giving video lectures. TED, a nonpartisan nonprofit, started as a conference in 1984 but has become widely known through its videos, which often go viral on social media.

Geddis, who founded Avid Bookshop in 2011, is a frequent speaker and panelist. She graduated from the University of Georgia with a master’s degree in education.