Run for Cover Books & Cafe is scheduled to open in San Diego, California, later this year. 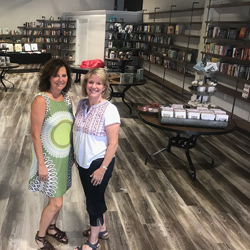 In Chicago, Bookie’s relocation last summer has been a boon to business, and the store is planning to expand to a second location in the Homewood suburb later this month.

Prologue Bookshop will hold its first pop-up shop in Columbus, Ohio, on August 19.

McNally Jackson will be partnering with Hudson Group to open a location in the new Terminal B in LaGuardia Airport.

House of Books and Games, a new bookstore in Windsor, Connecticut, celebrated its grand opening on August 4.

In Oakmont, Pennsylvania, Mystery Lovers Bookshop has has been purchased by Tara Goldberg-DeLeo and Kristy Bodnar. 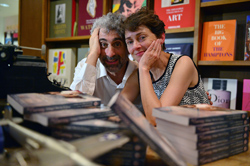 Books & Books in Coral Gables, Florida, hosted a celebration and screening in honor of owner Mitchell Kaplan’s latest film, The Guernsey Literary and Potato Peel Pie Society, adapted from the novel by the same name by Annie Barrows and Mary Ann Shafer. Barrows was in attendance.

As of September 1, Byrd’s Books in Bethel, Connecticut, will have a new street address, 178 Greenwood Ave., rather than its current address of 126 Greenwood Ave.

The Know Outdoors listed Explore Booksellers in Aspen, MacDonald Book Shop in Estes Park, and Tattered Cover in Denver as three pit-stops on a literary tour of Colorado.

Books Are Magic and McNally Jackson were included on a list of the seven best bookstores in Brooklyn.

Book Passage, Parnassus Books, and Porter Square Books were included in an article about good things happening in bookstores.

This November, Back of Beyond Books, in partnership with Torrey House Press, will publish Desert Cabal: A New Season in the Wilderness by Amy Irvine. The store has launched a Kickstarter fundraiser to support the publication program.