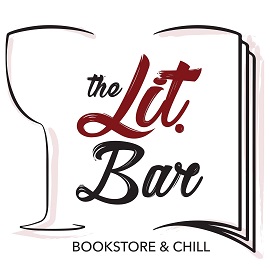 The Lit. Bar is slated to open in the Bronx this month.

Silver Unicorn Bookstore in Acton, Massachusetts, will host a pop-up bookstore focused exclusively on romance books at Bow Market in Somerville. The shop, to be called A Whirlwind Romance, will be open February 12–18.

Women and Children First in Chicago, Illinois, is celebrating its 40th anniversary all year with a variety of events, and customers are invited to share their favorite memories of the store on social media.

A former bookseller at Belmont Books in Belmont, Massachusetts, penned an article called “Reflections on book selling and book readers” for The Stanford Daily.

Politics & Prose in Washington, D.C., made The Guardian’s list of favorite bookstores around the world.

For Keeps Books in Atlanta, Georgia, was featured by Atlanta’s local NPR station.

Member stores Politics & Prose and The Fountain Bookstore were mentioned in an opinion piece published by The Richmond Times-Dispatch.

Powell’s Books was featured by VOA News in a story titled “Massive Bookstore in Portland Thrives in Age of E-Books.”

Shareable highlighted bookstores participating in the NYC Books Through Bars program, including Greenlight Books in Brooklyn.

From My Shelf Books & Gifts co-owner Kevin Coolidge will have two of his picture books, Hobo Finds A Home and Molly, the Dog with Diabetes, featured in the Marantz Picturebook Collection for the Study of Picturebook Art in the Reinberger Children’s Library Center at Kent State University.