This House of Books Opens in Billings

Billings, Montana, cooperative bookstore This House of Books opened on October 1, reported the Billings Gazette. The store is managed by Gary Robson, former owner of Red Lodge Books and Tea, who said it was hectic trying to get everything finished in time for the soft opening, just ahead of the High Plains BookFest. “But the bottom line is we’re open, we’ve got stock on the shelves and we’ve got everything functioning,” Robson said. “So we’re here, and we’ve got customers.”

The morning of the store’s opening, a handful of customers inquired about buying shares in the store. “Being a community-owned bookstore under a co-op model means that anybody can own shares, and we have over 20 authors that are part of this so far,” said Robson. Common stock shares go for $100 and preferred shares for $500.

In addition to carrying bestsellers and titles by local authors and about Montana, the shop sells tea paraphernalia, toys, games, stuffed animals, and socks. Once its tea permit comes through, tea will be brewed on premises. 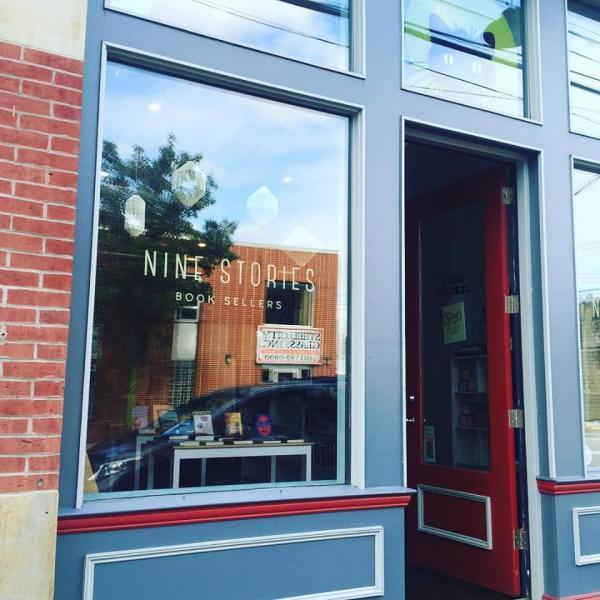 John Shortino and Allison Mosher opened Nine Stories in the Lawrenceville neighborhood of Pittsburgh on October 1, reported the Pittsburgh Post-Gazette.

The store, named after J.D. Salinger’s collection of short stories, had previously operated as a pop-up shop at markets and community spaces around the city. Now the 900-square-foot store features 2,000 new and used books and shares its building with coffee shop Caffe D’Amore.

“Both of us have a strong interest in fiction,” said Shortino. Nine Stories also carries nonfiction and books on film, green living, and art and design, as well as notebooks, tote bags, literary-themed T-shirts, and candles.

Valerie Koehler, who bought the bookstore 20 years ago and renamed it Blue Willow Bookshop, said on Facebook: “Thanks to the customers, publishers, authors, and community members who have become friends and part of the extended Blue Willow family. Here’s to many more wonderful years full of books, joy and reading!”

Dan Chartrand’s Water Street Bookstore in Exeter, New Hampshire, is marking its 25th anniversary this fall by hosting a series of events celebrating its mission of creating a community around the written word. Author and discussion events are on tap, culminating in an anniversary open house on Saturday, November 12. The celebration will feature a store-wide sale, prizes, giveaways, refreshments, and more.

“We’re proud to say 25 years later we’re still here and we’re going strong, in no small part to our community’s dedication to shopping local and reading voraciously. This store just wouldn’t work in any other town,” said a statement in the Water Street newsletter.

Waucoma Bookstore in Hood River, Oregon, is celebrating its 40th anniversary on Saturday, October 8, reported Hood River News. The event will feature a book signing with local authors Joe O’Neill and Vikki Claflin, as well as cake, discounts, prizes, and a free Waucoma Bookstore bag with a $40 purchase.

Literati Bookstore in Ann Arbor, Michigan, has incorporated The Espresso Bar into its operations. Literati will oversee operations and management of the business, which is located on the second floor of the bookstore and was named best coffee shop in Washtenaw County in 2015. The bar will be managed by Jess Harmon, an active member of the county’s coffee community. 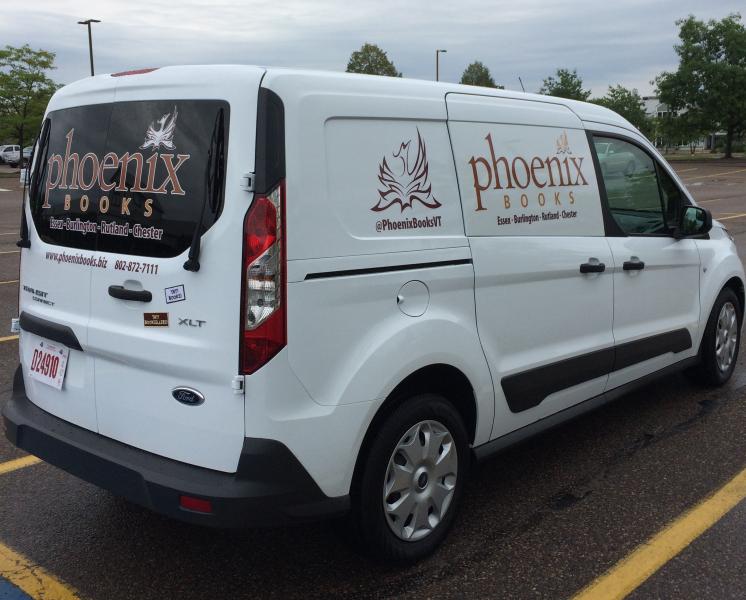 As it ramps up offsite programming, Phoenix Books has decorated a Ford Transit Connect van with the bookstore’s logo to create a mobile billboard that can be seen as it travels to and from events.

Owner Mike DeSanto commented, “There is an untapped market for increased sales to offsite customers and we need a vehicle to get the books to those customers — and those customers need to know who is bringing them their books!"

The vehicle will be able to transport portable point-of-sale equipment, displays, and bookcases to and from events, including school book fairs, business-to-business arrangements, offsite author signings, and other community events.

“We have some amazing staff right now, so this offsite program will allow folks a chance to expand their horizons and bring in new business for Phoenix Books in a way they may not have thought about before,” said DeSanto.

Phoenix Books has locations in Essex, Rutland, and Burlington, Vermont, and it recently acquired Misty Valley Books in Chester. The van will serve all of the store’s markets.

After three years in operation, Tucson, Arizona’s Bookmans Sports Exchange will close at the end of this year to make way for a Bookmans Entertainment Exchange branch that will move from its longtime home on Grant Road into the vacated space, reported the Arizona Daily Star.

Bookmans Entertainment Exchange buys, sells, and trades used books, music, movies, video games, and musical instruments. Credit from trades with the sporting goods store will be honored at any of Bookmans’ six locations throughout Arizona.

An Associated Press article, released this week, highlights several indie booksellers who have taken up bookselling as a later-life profession after having successful careers in other fields.

Bill Reilly, owner of the river’s end bookstore in Oswego, New York, opened the store in 1998 as a way to connect with his adopted hometown’s community following a career in advertising and sales in New York City. He now runs the store with his wife, Mindy.

Likewise, Jeffrey Mayersohn and his wife, Linda Seamonson, purchased Harvard Book Store in Cambridge, Massachusetts, in 2008. Mayersohn was previously an executive at a telecommunications company, but owning a bookstore was his dream, he said.