Flashlight Books to Open in California

A children’s bookstore, said Smith, is “a haven of creativity that embraces curiosity and wants you to ask questions and explore. In my ideal world, a town’s bookstore is a community center-point, a heartbeat.”

Adducci and Smith, who met at Knox College in Illinois, launched an Indiegogo campaign to raise $50,000 for the store. Both previously worked at The Reading Bug in San Carlos, California, and Smith also worked at The Curious George Store in Cambridge, Massachusetts. 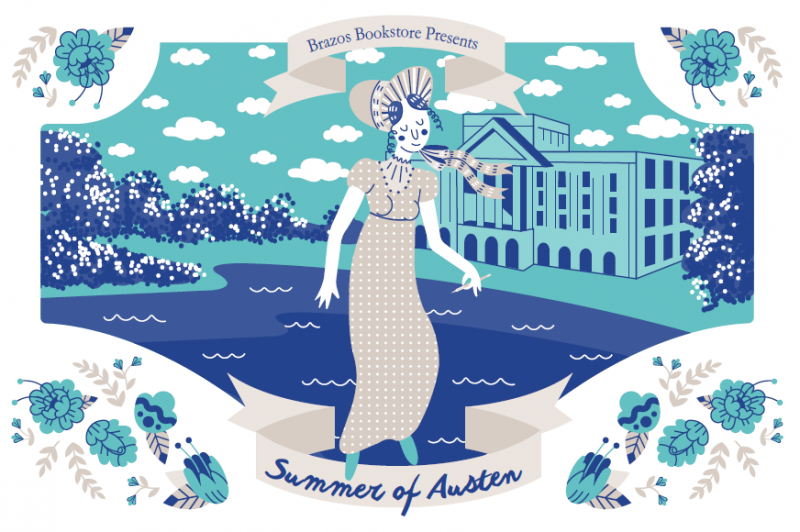 From June through August, Brazos Bookstore in Houston, Texas, will celebrate the Summer of Jane Austen in partnership with MFAH Films, MFAH Rienzi, Main Street Theater, and Rice Cinema. In honor of the 200th anniversary of Austen’s death, Brazos will celebrate the prolific author’s career with parties, book clubs, film screenings, and theater performances.

Brazos will debut a Jane Austen-themed mural on the store’s front windows on Saturday, April 29, Independent Bookstore Day, and announce the full scope of its program.

The Summer of Jane Austen program will launch on June 9 with a screening of Persuasion at Houston’s Rienzi House Museum. Programming throughout the summer will include book clubs and film screenings for Mansfield Park and Sense and Sensibility; a Summer of Austen regency ball featuring dance lessons; a wake for Jane Austen; and a Jane Austen tea party for children.

Penguin Press has announced that it will publish Hillaryland by Lissa Muscatine, the co-owner of Washington, D.C.’s Politics & Prose Bookstore and Coffeehouse, reported the Washington Post. A publication date has not been set.

Prior to purchasing Politics & Prose with her husband, Bradley Graham, in 2011, Muscatine worked as a reporter and editor for the Washington Star and the Washington Post. In 1993, Muscatine was hired as a White House speechwriter and began writing speeches for Hillary Clinton for her roles as first lady and later as secretary of state. Muscatine also worked on Clinton’s campaigns in 2008 and 2016 and on Clinton’s 2003 memoir, Living History (Simon & Schuster).

The recent presidential election prompted Muscatine to tell her story, she told the Post. “After years of writing in someone else’s voice, I just felt absolutely compelled to write this book. I hope that by telling this story in my own words, I can offer insights into an important slice of history — a window into Hillary’s world, and how that world is a mirror back on ourselves, our nation, and our times,” Muscatine said.