On July 31, Sandra Dear held a grand opening celebration for her new independent bookstore, The Little Boho Bookshop, in Bayonne, New Jersey. The bookstore offers a selection of new and classic children’s books for kids from newborn to 12th grade.

Activities included face painting, story times, coloring, selfies with a Cat in the Hat mural and a Dog Man standee, and more, and goodie bags were given to the first 50 kids in line. Kids who dressed as their favorite book character, a princess, or a superhero were also entered into a drawing to win a giant teddy bear.

Bibliobar to Open Next Year in Texas

Jessica Tresp and Chelsea Green, the owners of monthly book subscription service MyBookBox, along with Colin Green, are planning to open Bibliobar in North Dallas in spring 2018.

The bookstore will carry about 5,000 books for children and adults and will feature a bar serving wine, craft beer, locally roasted coffee, and light fare. Events will include author readings and signings, food pairing events, and weekly story times for kids, as well as book clubs and partnerships with local groups and organizations.

Chelsea Green previously worked in publishing at HarperCollins and as a bookseller; her husband and business partner, Colin, also has bookselling experience. Tresp’s background is in event planning and bartending. 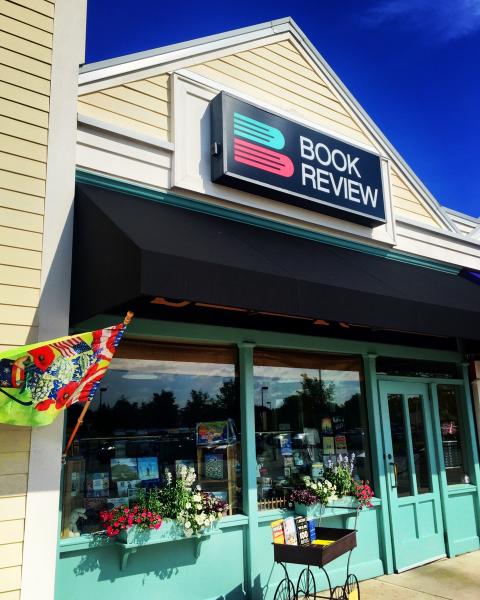 On May 1, Clare Lygo became the owner of Book Review in Falmouth, Maine, taking over for longtime owners Donna Williams and Stephen Fournier.

“The most important thing to me is that the next generation have a love of reading. There’s no greater joy,” said Lygo.

Lygo, who has been a customer of Book Review for the past 22 years, has enacted some changes since taking over the store, including giving the store a facelift, updating its logo, and creating a bookstore website.

Half Price Books, a family owned and operated bookstore chain founded in Dallas in 1972 and currently overseen by CEO Sharon Anderson Wright, is celebrating 45 years in business, reported the Dallas Morning News. There are currently 122 Half Price Books stores in 17 states.

At the flagship store in Dallas, staff and customers celebrated the anniversary on Thursday, July 27, with games, dancing, a photo booth, and more. 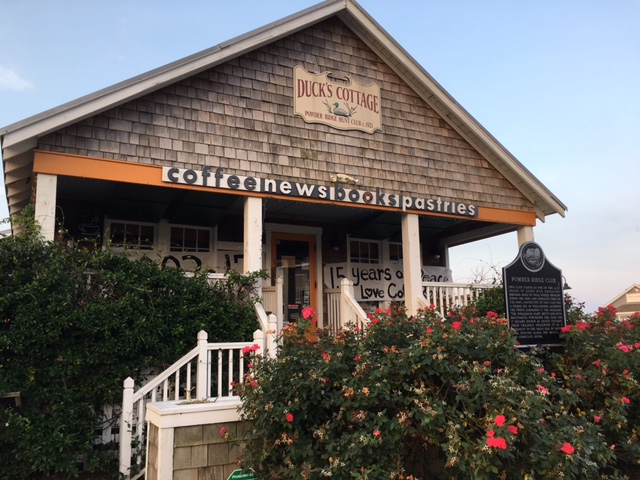 John Power and Allen Lehew opened the bookstore 15 years ago in the Powder Ridge Hunt Club. The store is now wholly owned by Lehew, who oversees the coffee shop, which offers artisanal coffee and baked goods; the bookstore, run by Jamie Anderson, offers a wide selection of books and a number of events.

Duck’s Cottage is open year-round and serves the local Outer Banks community as well as vacationers. This year marks the sixth straight year of sales growth for the store.

After 55 years in downtown Hilo, Hawaii, Basically Books and parent company Petroglyph Press have relocated to a new space a mile and a half away that features free parking and a covered patio, reported the Hawaii Tribune Herald.

“We were offered a golden opportunity we couldn’t pass up — a bright, prominent location with lots of parking,” said David Reed, who co-owns the businesses with his wife, Christine. “Our customers will love this new location.”

The store celebrated its reopening on Saturday, July 29, with a finale party for Find Waldo Local.

Lit. on Fire Plans a Move

Jessica Stephenson, owner of Lit. on Fire Used Books in Peoria, Illinois, has announced that the bookstore will relocate to a new, larger storefront, on Main Street next month. The store will close at the end of the day on September 1 and reopen September 15 with expanded hours.

“Lit. on Fire Used Books looks forward to becoming a permanent asset to the West Main district through a huge gain in visibility, accessibility, and independence,” said Stephenson.

To help with the move, Stephenson has launched a crowdfunding campaign. Funds will go toward rent, utilities, and new bookcases.