South Metro Neighbor talked with Story on the Square bookstore, which opened earlier this month in McDonough, Georgia. 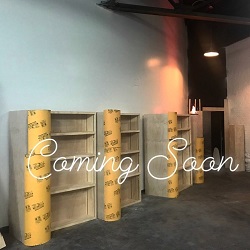 Malaprop's posted to Instagram: "Sneak peak at our new PopUp in Hendersonville. Spoilers...it will be awesome."

The Center for Art and Inspiration, which houses a satellite shop of Malaprop’s Bookstore, has opened in Hendersonville, North Carolina,

Second Star to the Right children’s bookstore in Denver, Colorado, has settled into its new home at 1545 South Pearl Street.

Snowbound Books in Marquette, Michigan, is celebrating 35 years in business.

Booksellers Carolyn Anderson and Anthony Ceballos gave an interview about life at Minneapolis’ Birchbark Books, one of three Native-owned independent bookstores in the country.

The Washington Post featured Jennifer Powell and Seth Marko, owners of The Book Catapult in San Diego, California, in an article called “A bookstore owner was in the hospital. So his competitors came and kept his shop open.”

The Washington Post mentioned member stores Politics and Prose, Hooray for Books, and Old Town Books, among others, in an article titled “How do indie bookstore compete with Amazon? Personality — and a sense of community.”