On May 18, a group of authors will come together to perform the “Kill the Bill” variety show to demonstrate their support for the LGBTQIA community of North Carolina and for Malaprop’s Bookstore/Café and other independent booksellers that are speaking out against the state’s controversial House Bill 2.

“All of us want to respond to [H.B. 2] in a way that brings together the best that we have to offer, and this is a way to bring together authors who want to use their voices to stand up against this legislation,” said Malaprop’s events coordinator and assistant manager Melanie McNair. 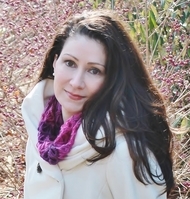 Local author Sara Gruen, who McNair referred to as “Malaprop’s champion extraordinaire,” reached out to the Asheville Community Theatre to schedule the event for May 18, the date on which author Sherman Alexie was set to appear until he canceled all engagements in the state in protest of H.B. 2.

On April 14, the New York Times ran an op-ed by Malaprop’s store manager Linda-Marie Barrett that described how the boycott of the state is affecting the store’s business and asked authors to consider another way of protesting. That same day, Malaprop’s issued an open letter, signed by more than 30 other bookstores, to Governor Pat McCrory and members of the North Carolina General Assembly to request a repeal of the bill.

Gruen has also voiced her anger over H.B. 2 and the subsequent boycott of North Carolina and its businesses. On April 15, she shared on Facebook, “I am all for pressuring idiotic politicians to change this petty, ridiculous and medieval law, but hit them where it hurts. Do you think they care if we lose gems like Malaprop’s Bookstore/Café or City Lights Bookstore, or the myriad other independents? They won’t even notice. However, it will change the landscape of the book world forever.” Gruen also credited the idea for the Kill the Bill event to author, playwright, and actor Waylon Wood.

Joining Gruen for Kill the Bill will be a host of children’s and adult authors, including Joshilyn Jackson and Jamie Mason, among many others in the works, said McNair. Books by the authors appearing will also be available for sale and signing.

Four nonprofits will have a presence at the event — the ACLU of North Carolina, Campaign for Southern Equality, Equality NC, and Tranzmission — and a silent auction will help raise funds for one or all of the organizations. The ticket price for the event is $20, and any proceeds after expenses will also go toward the nonprofits.

“It’s all very much a work in progress right now,” McNair added.

This event kicks off a new series for Malaprop’s that highlights different causes, called Authors for Action. “We’re working on a new brand for events that will help put authors in contact with area nonprofits to both raise the profile of nonprofits and give authors a chance to support causes,” said McNair.

Planning for the inaugural event is still ongoing, and McNair said, in the end, the Kill the Bill event will be huge. “I think it’s going to be a great night,” said McNair. “It will be the first of many Authors for Action events to come.”

Authors interested in participating in the Kill the Bill or other Authors for Action events are invited to reach out to Sara Gruen at authorsforaction@gmail.com.