While on tour for his heartbreaking new novel Don’t Skip Out on Me (Harper Perennial, February 13), writer and musician Willy Vlautin will perform songs from the book’s soundtrack at indie bookstores, libraries, and literary festivals across the American West. 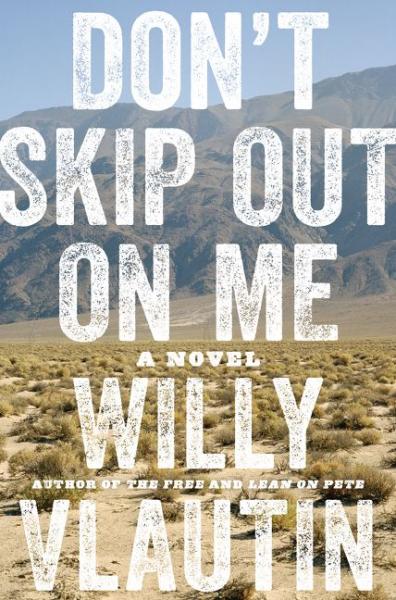 Don’t Skip Out on Me tells the story of a young half-Irish/half-Pauite man, Horace Hopper, who has spent most of his life on a Nevada sheep ranch owned by the Reeses, a kind, aging couple who intend to leave the land in his hands. But traumatized by his abandonment as a child, Hopper attempts to create a new identity as the Mexican prizefighter Hector Hidalgo. As he makes his way from fight to punishing fight, his internal isolation and shame rise to bar him from the life of his dreams.

The purely instrumental soundtrack written by Vlautin evokes the spirit and setting of the novel, which booksellers chose as a March Indie Next List pick. Vlautin recorded the album with his former bandmates from the Portland, Oregon-based alt-country group Richmond Fontaine, which disbanded in 2016 after 23 years of touring and performing. Vlautin said the songs and the book came together organically.

“I’d been taking notes on the book and gearing up to write it, and I wrote a song called ‘Don’t Skip Out on Me’ for Richmond Fontaine, and the story felt like that song to me,” said Vlautin, who is now a member of the country soul band The Delines, along with two of his previous bandmates. “It felt like that same world. When I started writing the novel and I was about 10 pages in, I’d already written a couple of instrumental songs for it. Certain books of mine feel like music, and to me this novel feels like a sad song.” 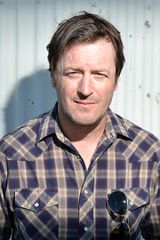 Over the course of a couple of years, Vlautin wrote anywhere from 20 to 30 instrumental pieces as part of the soundtrack, and once he got the book into working shape, he shared it with the band. “They read the book and then we recorded the album. The guys really fleshed out the tunes and beautified them,” Vlautin told Bookselling This Week.

For U.S. readers, a download code for the 17-song soundtrack will become active on the book’s webpage on HarperCollins’ website when the book is published next week. The back pages of the finished book also include a track listing and the part of the book each song describes. “It’s not my intent that you listen while you read,” Vlautin writes in his introduction to that section. “I wrote the music so that when you hear it you might, for a few minutes, be transported…into the world of Don’t Skip Out on Me.”

At the moment, Vlautin is on tour for the book in the U.K., accompanied by pedal steel player David Murphy, and will later travel solo to Sweden and the Netherlands. When Vlautin returns to the U.S., he will begin a three-month tour of independent bookstores, libraries, and festivals across the western U.S. On tour, he’ll read from Don’t Skip Out on Me and perform some songs from the soundtrack, in addition to two or three he wrote that were precursors to the book — “Don’t Skip Out on Me,” “Wake Up, Ray,” and “Whitey and Me” — all of which appear on the Richmond Fontaine album You Can’t Go Back If There’s Nothing to Go Back To.

“I’ve been writing songs since I was a kid and it wasn’t until I was 19 that I started writing seriously, but I write folk songs so it’s not that big a jump from a folk song to a short story, and it’s not that big a jump really from a short story to a novel,” Vlautin said. “The book itself kind of dictates if I’m going to write music about it. All of my novels across the board have started as songs, so I usually bring my guitar with me on tour.”

Vlautin said the setting of Don’t Skip Out on Me comes from Nevada’s ranching culture; while he now lives outside Portland, Oregon, he lived in Nevada until he was 27 years old and spent his childhood and adult years driving through eastern Oregon and central Nevada. Writing this book, Vlautin was interested in issues of identity and of isolation; in a way, he said, Don’t Skip Out on Me is a novel of loneliness: “From the sheep herders to Mr. Reese to Mr. Reese’s wife to Horace, they are all lonely, so that was the framework of the novel.”

“The premise of the book started with that idea of, can you fix broken people?” Vlautin said. “This old couple, the Reeses, wanted to give this guy their ranch, to give him everything they have, spiritually and monetarily, and the kid can’t quite get there. Horace was raised to be ashamed of himself; he’s lost, with no cultural identity, and I think I was interested in the idea of, can you fix somebody who has got a lot of dents in him and a lot of scars?”

When it comes to performing, Vlautin said it isn’t at all difficult to work with independent bookstores on the logistics of the visit or the framework for the performance. All of the independent booksellers he’s worked with have been very flexible and creative in their approach to in-store events, he told BTW.

For a typical reading, Vlautin will talk about his book, play a few songs, and read an excerpt. “Independent booksellers are always up for anything — they’re fun,” said Vlautin. “We usually try to make it a cool event, so it’s pretty simple and not that much different from a straight reading. I always try to incorporate the music in my readings, and all the booksellers that I’ve met have been really, really nice about it.”

Vlautin said he’s also excited for the March 30 release of the movie version of his novel Lean on Pete, about a young boy who gets a summer job working for a horse trainer and becomes attached to the fading racehorse Lean on Pete. The film, directed by Andrew Haigh and co-starring Chloe Sevigny, Steve Buscemi, and Charlie Plummer, will be released by A24, the production company that made Moonlight and Lady Bird.