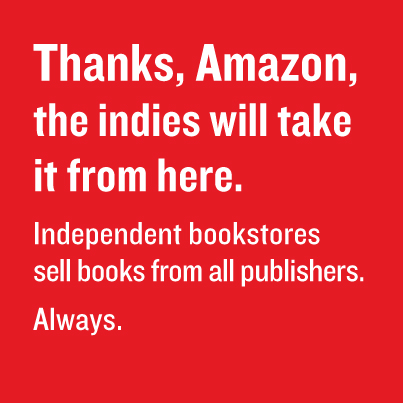 As the Hachette-Amazon controversy continues to garner more publicity and consumer awareness, the American Booksellers Association has produced two related digital banners for booksellers to use on social media, in newsletters, or on their websites. The banners read, “Thanks, Amazon, the indies will take it from here,” with tag line options of “Independent bookstores sell books from all publishers. Always,” or “Pre-order and buy Hachette titles today.” Both banners are available in the DIY section of Designs & Downloads on BookWeb.

And in the June 4 broadcast of The Colbert Report, host Stephen Colbert, whose books are published by Hachette, encouraged book buyers to download stickers reading “I didn’t buy it on Amazon,” from the ColbertNation.com homepage. A hi-res version of a single sticker in JPG format and a PDF of a full sheet of stickers are available here. 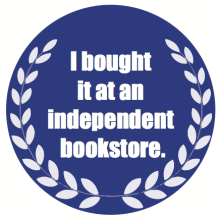 On Facebook, the “indies will take it from here” banners, posted on June 3, have been shared by hundreds of independent bookstores and their customers, as of Thursday, June 5.

Apple Valley Books in Winthrop, Maine, shared one of the banners and noted, “Not certain how many folks know the damage that Amazon has done to the small, locally owned independent book stores. I do think the tide is turning and people are understanding the value of having your own hometown bookstore. We, at Apple Valley Books, sure do appreciate our loyal customers!”

“Can you imagine if your local bookstore *intentionally* delayed selling you books just because we were mad at the publisher? Luckily at Bear Pond we actually like books and respect our customers!” wrote Bear Pond Books in Montpelier, Vermont.

The Book Cellar in Chicago summed it up, “Yep, we got this.” 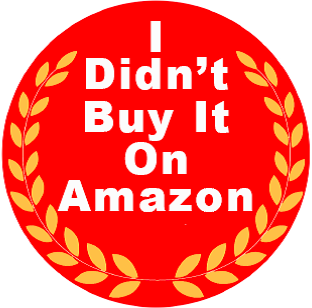 In his coverage of the Hachette-Amazon standoff, Colbert welcomed “fellow Amazon victim” Sherman Alexie, whose books are also published by Hachette, to discuss the impact the standoff is having on authors and the direct implications for new authors, whose books have a difficult time gaining attention in the market without the opportunity for pre-sales.

Alexie urged viewers to check out the book California by Edan Lepucki, a Hachette debut title publishing July 8 that cannot be pre-ordered on Amazon due to the dispute. Colbert announced that viewers could purchase the book through Powell’s Books in Portland, Oregon, where it is now listed as number one on the store’s bestseller list.

Colbert also proudly slapped a copy of California with an “I didn’t buy it on Amazon” sticker. “Peel it off and put it right on any book that you’re reading,” said Colbert.