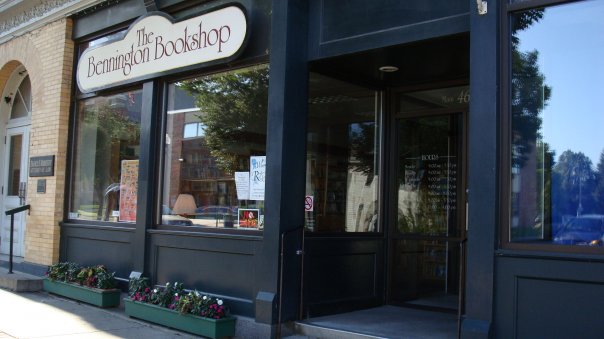 The Bennington Bookshop, as it stands today

The Bennington Bookshop on Main Street in Bennington, Vermont, home to the prestigious Bennington College, is celebrating its 85th year in business and proudly calls itself the oldest independent bookshop in the state.

Owners Rick and Ellen Havlak note that the history of the store is not well documented beyond a few business directory listings, but over the years they’ve been able to piece together more of its beginnings.

Ronald Sinclair opened The Bennington Bookshop in 1928 in the former E.B. Griswold & Son department store in downtown Bennington. Sinclair whittled down the department store’s wide-ranging inventory to create a book, office supply, and art store. The shop later came under the proprietorship of Joe and Emily Parks, and then was purchased by Jay and Joan Zwyenburg. 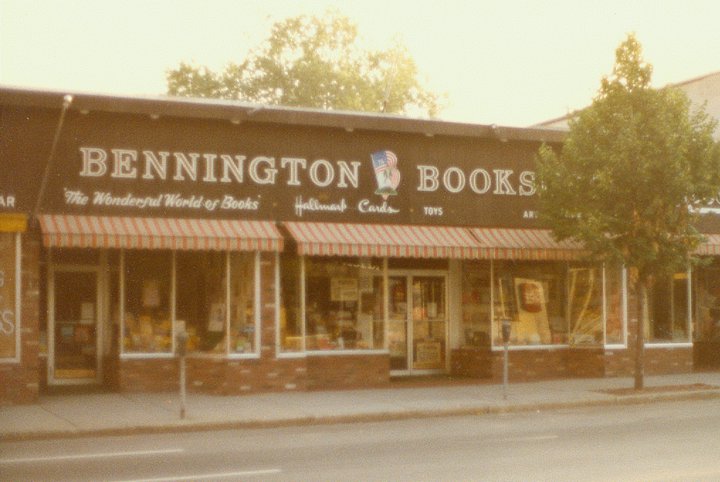 The Bennington Bookshop in 1979

The Havlaks came into the business the way many booksellers do. “It was one of those ‘Wouldn’t it be great if’ moments,” said Rick Havlak. “A bookstore was always at the top of the list of what we wanted to do.” When they were considering moving back to Vermont, Ellen’s home state, the Havlaks visited Bennington to meet with business brokers and ultimately discovered The Bennington Bookshop. They purchased the store in December 1979 and were expecting the first of their two sons by February, firmly establishing their roots in Bennington.

When Rick and Ellen Havlak bought The Bennington Bookshop, it shared space with a large Hallmark greeting card inventory. The Zwyenburgs sold the bookstore division to the Havlaks, who operated the bookstore out of a partitioned-off section of the storefront until its first move, in 1981. In 1995, the Havlaks again moved The Bennington Bookshop, this time into an even bigger space on Main Street, where it continues to operate today.

Downtown Bennington features several restaurants and art galleries, and the town of 15,000 residents has been able to keep big box stores from opening by adopting a bylaw requiring any company looking to build a store larger than 30,000 square feet to go through an approval process, which requires a community impact study.

With no big box stores or other bookstores nearby, The Bennington Bookshop is the go-to place in the community for brick-and-mortar book shopping. “We have tried desperately to remain just a bookstore,” said Rick Havlak. While the bookshop offers cards, maps, calendars, and puzzles, the Havlaks have chosen not to stock toys and sidelines so they can keep the focus on good books.

The Bennington Bookshop has strong relationships with the local schools, which help sustain it with reoccurring book orders. The bookstore also hosts events at the local library around the corner.

Happy to foster the buy local spirit, the Havlaks will direct shoppers to Northshire Bookstore, 25 miles north of Bennington, if they’re unable to meet their customers’ needs. The Bennington Bookshop is a strong IndieBound supporter and regularly submits recommendations to the Indie Next Lists.  However, putting the right books into their customers’ hands remains firmly at the heart of what the Havlaks do. “We are proud of our service to the Bennington community,” said Rick Havlak.