The opening of Bind Café and Beyond Barcodes multicultural bookstore earlier this year has proven that the citizens of Kokomo, Indiana, no matter their race or background, have the ability to come together and make progress on important social issues facing the community, said store owner DeAndra Beard.

The new bookstore and café, which opened on January 8, enhances the mission established by Beyond Borders Language Learning Center, which Beard founded in October 2014. The center, which employs six tutors, offers classes in English as a Second Language (ESL), French, Spanish, Portuguese, and American Sign Language (ASL) for all ages and levels as a way to create common ground and to promote communication and understanding among all community members.

Before starting her business, Beard worked as a Spanish teacher in the Kokomo school system. Affected by the racial issues she witnessed at school and in town, Beard decided she wanted to do something to help greater Kokomo.

“I loved teaching kids and serving in that capacity, but I knew there was more that I needed to do for our community,” she said. After successfully founding the language center, Beard decided to expand her horizons to include a bookstore and café in order to provide even more resources and space for people to connect.

“I was always recommending books to my students, and I’ve always had this affinity for books,” said Beard. “Somewhere in the back of my head I’d always wanted to open a bookstore, so it just made sense as an extension to have the cultural resources right there in class and also to bring in other people from the community.”

The 850-square-foot bookstore at 108 N. Main Street is located within a 5,000-square-foot space that it shares with the language center. Beard said the majority of the books she sells are written by or about people of color and focus on topics such as social justice, human rights, and international affairs.

“Through the bookstore/café, we’ve created a space for people to have these hard conversations,” she said. “Kokomo has historical issues with institutionalized racism, but now you see the community turning toward these issues and having those difficult conversations.” 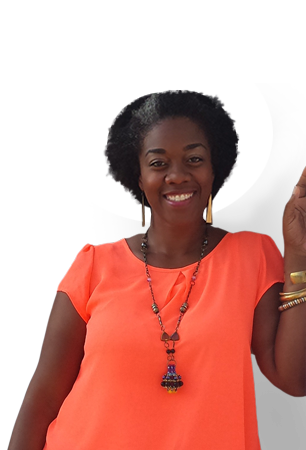 Beard said she loves to see people — Muslims, whites, blacks — sitting around talking at tables in the café. She has seen friendships and relationships evolve among people who would not normally interact with each other in day-to-day life. People are taking advantage of this environment where they feel safe to share their perspective on multicultural, international, or racial topics that may be divisive, she added, including recent conversations about police violence against unarmed black men.

“Since January I have seen people connect in ways that I never could have imagined,” Beard said. “It gives people an outlet, a place where they can be open and talk about these issues; people come in just looking for a way to connect with people who don’t look like them.”

Through both of her business ventures, Beard has also been able to start projects that have gotten the whole town involved, including an ASL meet-up that brought members of the local deaf community together with those interested in learning ASL. She also recently co-founded a series of “We the People” town halls for residents that have been attended by the mayor, the chief of police, local judges, and pastors. On Tuesday, August 16, Beard hosted a “We the People” conversation on race, discrimination, and police violence and how it affects the community of Kokomo.

Another of Beard’s projects is BlacKokomo, a research project working with the local library and historical society as well as area residents to trace the roots of the black community in Kokomo all the way from the days of slavery.

“I’m really excited about this project. I hope to create a tangible timeline, maybe through a website or some sort of art project, where we can elevate our stories and people can see how they are connected,” she said.

This year, to expand her knowledge of the bookselling business, Beard attended the fourth annual Children’s Institute in Orlando, her first bookselling conference.

“I learned a lot and I met lots of great people. There was extensive networking,” Beard said. “I met Julia Alvarez, so that alone was enough to make the trip. I also brought back lots of tools we’re incorporating” into the store. 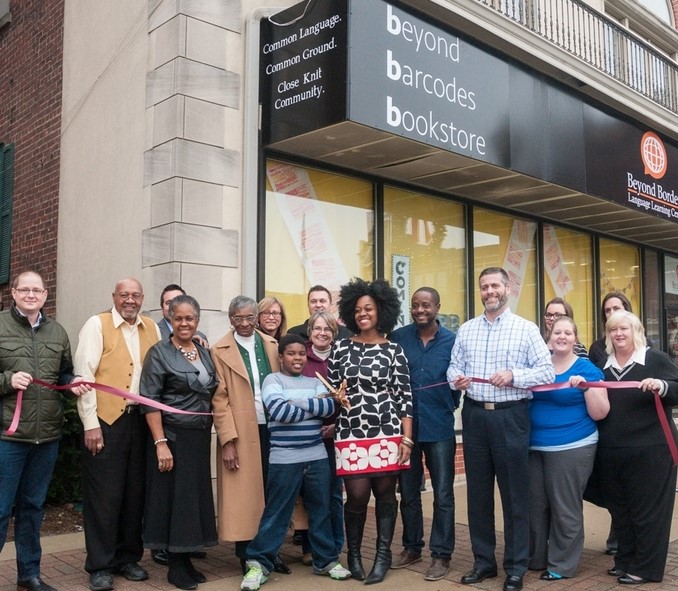 Beard and store staff were joined by town officials and family and friends at the bookstore's ribbon-cutting ceremony.

Some of the diverse community programming currently available at the bookstore includes Griot Corner, a story hour two Saturdays a month; crafting sessions with local crafters; a writers’ café that takes place a few times a month; and, coming soon, Rhythm Connections, a dance class that will begin with a focus on African, Caribbean, and Latin dance.

In addition to books, Beyond Barcodes also sells fair trade items from around the world as well as from local artisans, including Indian saris by a local fashion designer. Bind Café offers coffee from Haiti, Guatemala, and a local roasting company, as well as loose leaf tea, and baked goods from a local pastry chef.

The café currently has four baristas who also serve as booksellers, said Beard, so she is hoping to hire more employees who work solely as booksellers in the future. Going forward, Beard also said she is getting ready to negotiate the purchase of her building from the property owner.