As part of a new regular column on technology in the bookselling world, here Director of ABA Technology Greg Galloway offers a look at the way augmented reality video games are generating foot traffic in public spaces.

When I see a customer sweeping their smartphone across the shelf in a retail store, I might be forgiven for thinking they’re showrooming that merchandise and looking for better prices online. But I shouldn’t be so quick to judge. They might be saving that store from giant spiders or collecting rare cryptozoological creatures or smashing sword-wielding skeletons.

Generally speaking, smartphone AR games add images to the view captured by the phone’s camera. Players watch and interact in real time as a game’s characters and objects are superimposed on an image of the real world, generally designed to create the illusion that game events are taking place right in front of them.

In 2016, Pokémon Go, an AR app based on the then-20-year-old fictional catalog of creatures, hit smartphones everywhere, driving fans out into the real world to “catch” pokémon in parks, in coffee shops, at national monuments, and in almost every type of public space.

Some bookstores took advantage of the phenomenon by luring players with in-game enhancements and Pokémon Go-themed events. For just a few dollars a day, retailers could deploy pokémon lures to ensure their location was well-stocked with catchable creatures. 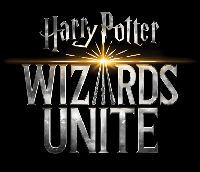 In June 2019, Pokémon Go creator Niantic released Harry Potter: Wizards Unite, built on the same mode of gameplay in which participants interact with the game’s virtual creatures and locations by visiting real-world landmarks.

Wizards Unite’s map of inns, fortresses, and greenhouses mirrored Pokémon Go’s map of nests, gyms, and pokéstops. The two games often utilize the same real-life public memorials and monuments to represent the games’ resource locations or event sites. In my hometown, a walk up Main Street goes past a Wizards Unite fortress at the Veteran’s Hall, an inn at the firehouse, and a greenhouse outside the local theater.

Launched in 2011, Minecraft is described as a sandbox video game, in which players are free to explore, build, and adventure in a boxy, pixelated, virtual earth, either alone or with multitudes of others. Minecraft Earth takes that Lego-like gameplay into augmented reality, presenting players with pre-built challenges as well as allowing them to render and share their personal builds at life size. Like Pokémon Go and Wizards Unite, Minecraft Earth’s pre-built games will be distributed across the world in public spaces and encourage off-the-couch action.

Minecraft Earth is in beta release now on iOS for users in Seattle and London. An Android beta release was announced on August 22 and is expected to be released the week of August 26. The general release is scheduled for later this year.

The Pokémon characters make regular appearances on the Indie Bestseller Lists, and are currently appearing with their Super Deluxe Essential Handbook (Scholastic).

Minecraft Earth requires iOS 10 or above or Android 7 or above.

For iPhone users, Pokémon Go requires iOS 10 or above and an iPhone 5s or above. Android users will need Android 4.4 to Android 6.0.1. (Android N will not be supported until the official Android release).

Harry Potter: Wizards Unite requires iOS 10 or above or Android 5 or above.