Veronica Brooks-Sigler is putting a new spin on the bookmobile while she saves up for a bricks-and-mortar store in her home state of Connecticut. 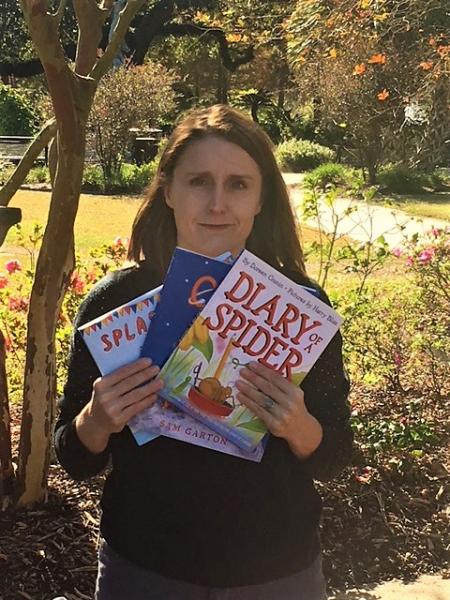 Veronica Brooks-Sigler plans to sell books on a bike with a route through the park.

Instead of a van or bus, Brooks-Sigler plans to peddle her wares through pedal-power as she takes to the streets of New Orleans, Louisiana, on a bike designed for vending.

A former social media coordinator at New Orleans’ Octavia Books, Brooks-Sigler is using some of the $4,354 she’s raised through GoFundMe to set up her bike-riding book business. “I want to show people that I have a commitment to doing this,” she said.

The Book Colony: Taking It to the Streets is her moniker as she makes plans to earn enough as a biking bookseller to return to her hometown of Meriden, Connecticut, and open a permanent store. “I want to get my feet wet and find what it takes to run an independent business,” she said.

She researched options and settled on a bicycle from Ferla Bikes, which makes a wide array of pedal-powered vehicles for vendors selling coffee, fruit, pastries, and ice cream. “They are usually used for food, but I thought, well, books could go in there,” she said. 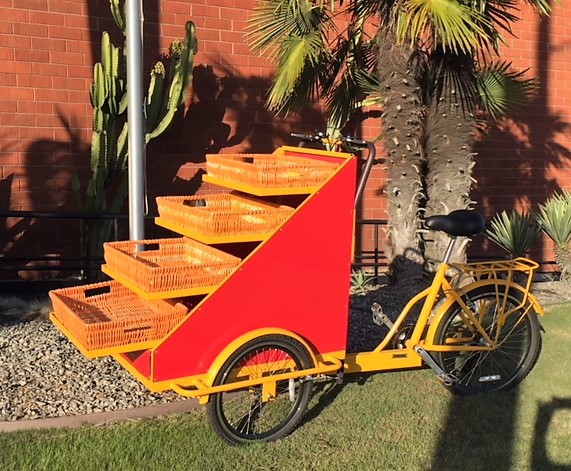 Veronica Brooks-Sigler will ride a bike like this one to peddle her books.

Her bike, which she anticipates receiving any day now, is a large tricycle with baskets on the front. She plans to paint her logo on the side.

Brooks-Sigler estimates it will hold about 200 books, which might seem like a heavy load, but the bike comes with electronic assist — and New Orleans is flat.

She has mapped out a route from her house to the popular Audubon Park, where she expects to park and sell books. “I traced out a route for myself,” she said. “It almost will be like an ice cream truck. I will have a standard route, and let people know. I will tweet and Facebook it.”

She is also open to attending events or parties where an organization, business, or individual might want to have books for sale.

She plans to sell trade paperbacks for adults and hardcover young adult, middle grade, and picture books for children. “It’s stuff I would have hand-sold in Octavia or stuff that’s interesting that I’ve wanted to read or that I’ve read,” she said. “So, I can talk about it. I can hand-sell.”

She even has an umbrella to pop out if rainy or sunny weather necessitates it.

While Brooks-Sigler has been waiting for her bike, which was originally set to come in November, she’s been selling books out of her trunk, where she’s storing them in large plastic bins. It’s a chance to tell people her plans for selling books on a bike.

“I’ve had nothing but positive feedback,” she said. “People are really interested.”