Hut Landon, the longtime executive director of the Northern California Independent Booksellers Association (NCIBA), is retiring from his position this week, a change that will be made official at the NCIBA Discovery Show, which is being held October 15–16 in San Francisco. Here, some of Landon's colleagues and friends reflect on his passion for, and many contributions to, the bookselling community. 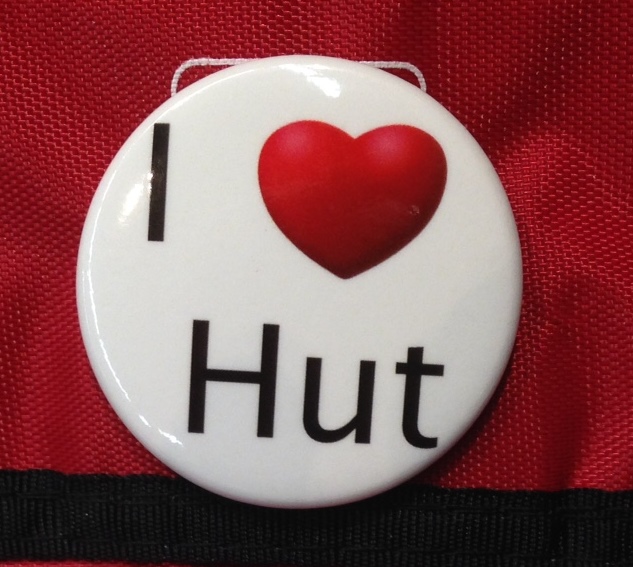 Oren Teicher, CEO of the American Booksellers Association, said: “Hut has been my friend and colleague for almost 25 years. It will be hard to imagine NCIBA without him. No one has worked harder — or more effectively — in support of indie bookstores. While his contributions are readily apparent in California, Hut’s work has had a real impact all across the country.

“From providing a daily news dispatch via e-mail on ABA’s antitrust lawsuit in 2001 to the launch of Book Sense to the creation of Independent Bookstore Day — and everything in between — Hut is as responsible as anyone for the resurgence among indie bookstores nationwide. He has been a leader among his colleagues at the other regional bookstore trade associations, and we at ABA have come to rely on his counsel, suggestions, and help.

“Hut always believed that indie bookstores would find their way, and his patience, steady hand, and resilience have guided us through some tough times. There is not an iota of doubt that we are doing better today because of Hut Landon. To simply say that I — and all of us at ABA — will miss him hardly seems adequate. We wish him well.”

Calvin Crosby, who is succeeding Landon as NCIBA executive director, said: “I have a huge amount of respect for the work and innovation that Hut Landon has brought to the Northern California Independent Booksellers Association in his nearly 30-year tenure. 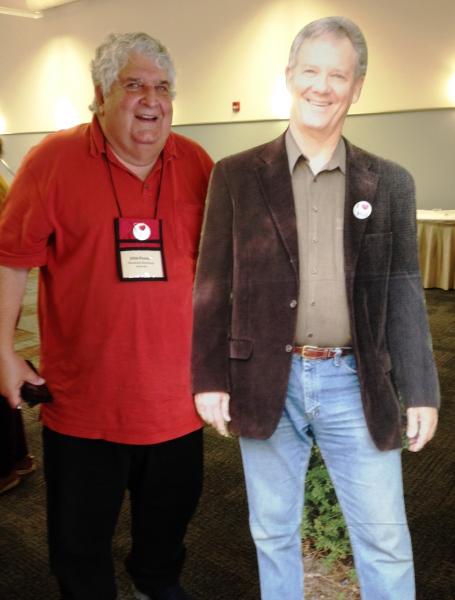 “As the president of the Northern California Booksellers Association in 1993, he proposed adding the word ‘independent,’ a word that is now embedded in the identity of booksellers everywhere. This little change had a ripple effect with regional associations nationwide. Like so much of what Hut has shepherded — California Bookstore Day/Independent Bookstore Day, Book Sense/IndieBound, e-tax fairness — ‘independent’ has become an important message in the way our membership conducts business and has translated into further recognition of our stores as valued institutions within our communities.

“Following his legacy is beyond intimidating. I am confident that, thanks to many years of his mentorship, [incoming NCIBA Administrator] Ann Seaton and I, along with the incredible insight, wisdom, and guidance of the NCIBA board, will be able to continue to support our membership in the ways they have come to expect through our commitment to bookseller education, exploration into new technology, and expanding use of our social media platforms.

“Hut has promised to stay connected. He plans to work part-time in a bookstore and is already brewing indie bookstore projects that I am sure will continue to influence our industry.”

Amy Thomas, owner of Pegasus Books in Berkeley and Oakland and president of the NCIBA Board of Directors, commented: “I have worked with Hut for more than 25 years, amazingly enough. I am so lucky to have been growing my bookstore business as he has been growing and strengthening our regional trade association. Over these last many years, he has helped to nurture an extraordinary professional community that shares best practices, innovative ideas, bold advocacy, and friendship. As a group, we have created Book Sense, California Bookstore Day, Books By the Bay, peer reviews, Board road shows, and as sharing and collegial a group of people you could ever hope to meet.

“As a former bookseller, Hut holds both the passion for the trade and the smarts to help protect it. I adore his commitment to the cause, his focused energy, his sweet temper, and, at the end of every phone call: ‘Do you have a minute more? I have a great joke.’ Hut had said that after he retires he would like to travel some and then work a few days a week doing what brought him into the trade in the first place: putting amazing books in the hands of readers. He has been helping scores of us do just that for years, and I thank him from the bottom of my heart.”

John Evans, an ABA Board member and co-owner of DIESEL, A Bookstore, which has locations in Oakland, Larkspur, and Brentwood, California, said: “When I think back over the last 25 years and the community of booksellers and sales reps in Northern California, Hut stands in the center of it — almost dancing. I see him shifting from foot to foot with a smile on his face, sparkles in his eyes, and a physical stance like he is about to spring into action. And spring into action he did — campaigns for sales tax reform and enforcement; the creation of Book Sense; advocacy of bookstores in the public’s and publishers’ minds — organizing and sustaining the diverse California indies through every wave of disruption.

“What always stands out for me, beyond his activism, his keenness, and his kindness, is his irrepressible good spirits and humor, his comedic timing in personal as well as public speaking, and his big-hearted enthusiasm for the value and significance of independent bookselling. All of this has rippled out to the benefit not only of California booksellers, but booksellers nationwide, as well as for authors, publishers, and that most important of ingredients in our world: readers! I’m full of gratitude for his fine work, and especially for the graceful and light manner with which he achieved so much.”

Pete Mulvihill, an ABA Board member and co-owner of Green Apple Books in San Francisco, said: “Hut has worked passionately and tirelessly for this community of booksellers on issues big and small. In fact, the broader bookselling world has no doubt benefitted from his work on sales tax equity, the Shop Local movement, Bookstore Day, continued bookselling education, and so on. While Calvin will certainly bring fresh ideas and his own passion for bookselling, we will miss Hut personally and professionally.”