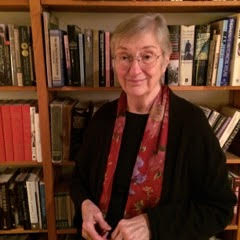 Bookselling friends and colleagues gathered at Tattered Cover Book Store on Sunday, July 16, to celebrate the many achievements of longtime owner Joyce Meskis, who is retiring after 43 years at the helm of the iconic Denver bookstore.

Meskis, a former president of the American Booksellers Association and a much-honored defender of First Amendment rights, purchased the store in 1974. There are now four Tattered Cover retail stores in and around Denver, as well as three licensed store locations at Denver International Airport.

Among other speakers at the celebration, ABA CEO Oren Teicher presented remarks in honor of Meskis, who he referred to as a leader, a mentor, a role model, a source of inspiration, and a friend.

“It is not hyperbole to say that no one better encapsulates the connection between free speech advocacy and the operating of an indie bookstore than Joyce Meskis. No one — and I mean no one — has been a more powerful and effective advocate for free speech than Joyce, for bookstores, for the broader community here in Denver, and for the entire nation,” said Teicher.

Tattered Cover, which had modest beginnings, noted Teicher, has become a cherished institution in the bookselling community under Meskis’ leadership. “I recall that on one of my first visits to the Cherry Creek store in the late ’80s, I said something about what a remarkable place it was. Joyce would modestly say, ‘It’s only shelves and books.’ Well, it’s a whole lot more than shelves and books,” said Teicher. 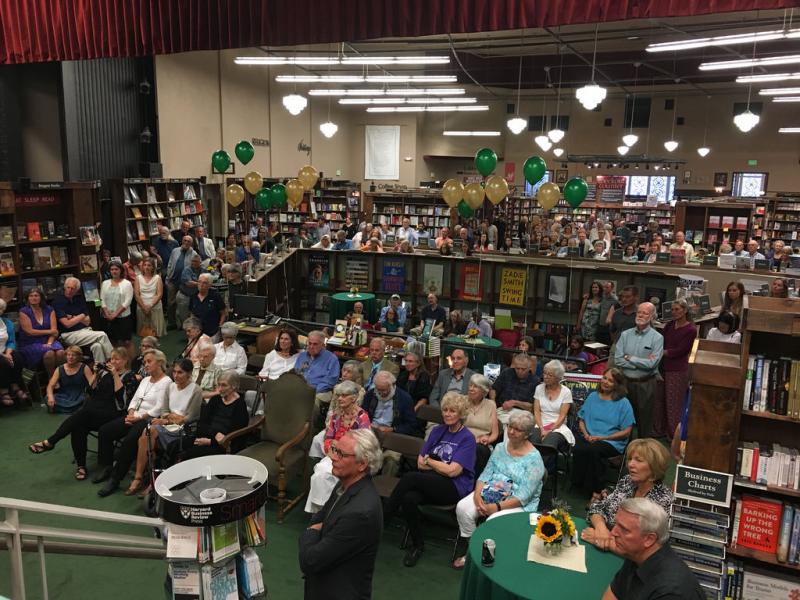 “There is a brand new bookstore in Brooklyn, New York, called Books Are Magic, and the fact is that Tattered Cover has always been magic, bringing together readers, authors, and, most importantly, the vast array of ideas represented by the books on these shelves. And Joyce Meskis, along with her extraordinary staff, are the creators and curators of that magic. And the fact that indie bookstores everywhere try every day to emulate that magic is the most fitting tribute to what Joyce has achieved.”

Teicher also presented Meskis with a gift from ABA: a book featuring a speech by John Milton, who set forth a series of principles about free expression as he protested efforts in Parliament to restrict free speech in 1644. Milton, Meskis once shared, informed her understanding of free speech and free expression.

As of Saturday, July 1, Len Vlahos and Kristen Gilligan are the official owners of Tattered Cover, marking the end of a two-year transition to take controlling interest from Meskis.