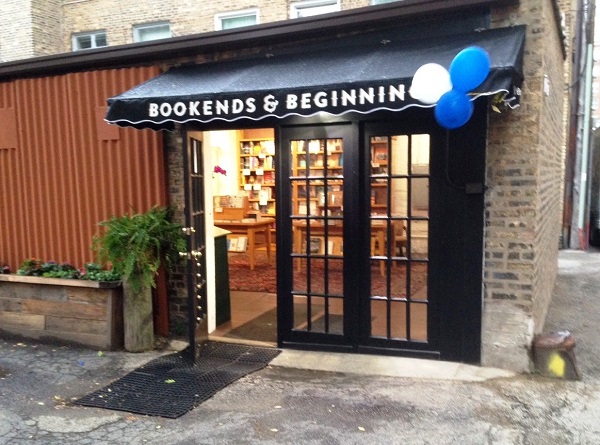 When Bookends & Beginnings opened in Evanston, Illinois, in the summer of 2014, co-owner Nina Barrett quickly realized that the local reading community, which had subsisted on Barnes & Noble and Borders for many years, didn’t quite understand how to take advantage of this new indie shop and its many offerings.

“Although Evanston is, as a community, the dream demographic that you would invent to support an independent bookstore, it never had one, really,” said Barrett, who owns Bookends & Beginnings with her husband, Jeff Garrett. “I assumed we would throw open our doors and people would know the difference between an independent bookstore and a big box chain store. That didn’t happen.”

As a former publishing professional, an author of three books, and a James Beard award-winning food reporter, Barrett has worn many hats throughout her career. One of those hats was as a bookseller at Chicago’s Women & Children First, where she said the diverse and loyal customer base really recognized the value of indie bookstores, including their community involvement, expert recommendations, and interesting and engaging events.

To draw new customers into the store and keep current ones buzzing about its unique offerings, Barrett and Garrett have planned a wide array of literary, educational, and social events for this fall, including a panel discussion on writing and publishing cookbooks, historic walks of Evanston, a cookbook-of-the-month club, and private holiday shopping parties. 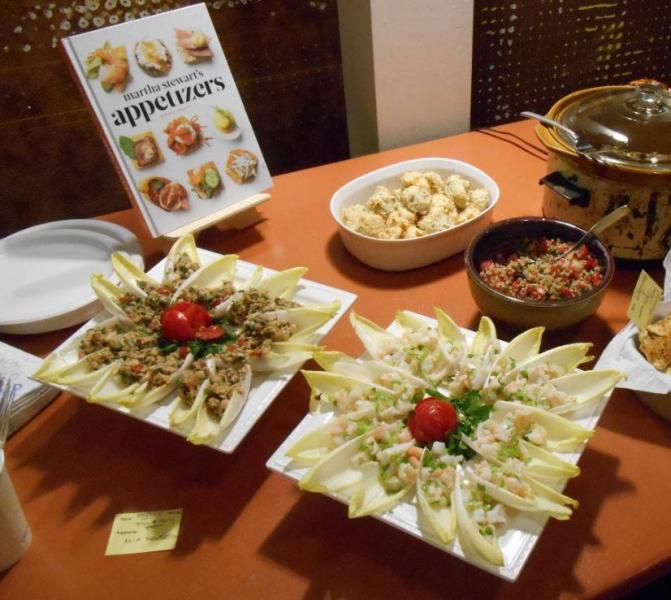 The idea for the “Potluck Cookbook-of-the-Month Club,” which this month focused on Martha Stewart’s Appetizers (Clarkson Potter), came from a customer visiting the greater Chicago area who mentioned their own local bookstore’s cookbook club. “Our space is so perfect for that because we can close the doors at 6:00 p.m. and have a dinner party,” said Barrett.

Bookends & Beginnings has a large, open space for events of up to 100 standing guests, but the décor of the store, which is like a cozy living room, full of colored glass lamps, antique furniture, and oriental rugs, also lends itself to intimate events with just a few guests.

For the monthly potluck, which is held after hours on a Monday night so members can cook over the weekend, dishes are placed on a buffet table, and attendees get to sample several different recipes from the same cookbook without having to cook them all themselves. Participants in are required to bring a dish from the selected cookbook and must register in advance of the event, as they are not asked to commit to attending each month. Participants also get 15 percent off the selected cookbook for that month, plus 15 percent off any cookbook in the store during the meeting.

Later this month, Bookends & Beginnings will host the panel discussion “Writing & Publishing Your Own Cookbook,” sponsored by the Chicago chapter of Les Dames d’Escoffier International, a society of female leaders in the field of food, beverage, and hospitality. The six panelists include a cookbook publisher, a literary agent, a cookbook editor, and cookbook writers. 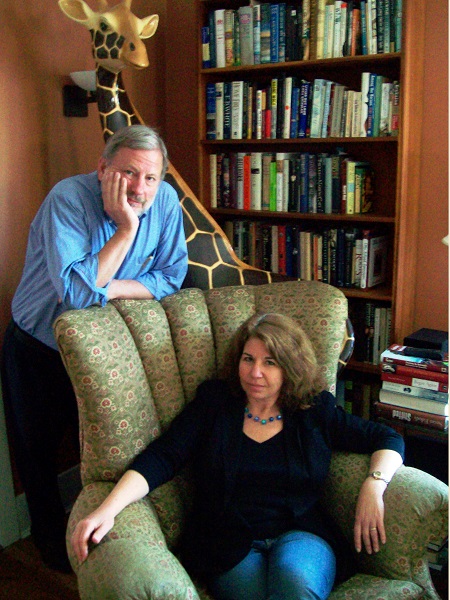 Coordinating and hosting the shop’s events is a team effort by Barrett and Garrett, but Barrett has an especially keen sense of what works and what doesn’t from her own experience as an author. A solo reading by a lesser-known author won’t pull in a crowd, she noted, but a panel discussion on a topic such as publishing your own cookbook hooks not just readers, but foodies, home cooks, and aspiring writers.

“We’re lucky to live in the kind of place where this isn’t hard to throw together,” said Barrett, considering the store’s proximity to the Evanston-based Agate Publishing, which has an entire cookbook imprint. “We have a lot of very rich culture that we can mine. We do have to create the culture, but all of the soil is fertile; the seeds are here. It’s a really rich community that way.”

Earlier this month, Bookends & Beginnings served as the meeting point for the “Evanston History Walks: Town & Gown,” a walking tour led by local historian Janet Messenger, the author of a local history column as well as a series of books on the city — all available at the bookstore. This type of event reaches beyond regular readers to history buffs and others interested in local lore, and it gets new faces into the store that otherwise wouldn’t be there. “It’s supporting culture of Evanston as well as our own culture,” said Barrett.

One event returning for this holiday season is Bookends & Beginnings’ private shopping parties. For these after-hours events, the store charges a nominal fee to cover staffing, and party hosts bring in refreshments to serve their invited friends, family, and guests, who get to spend an evening socializing and shopping.

A successful event for Bookends & Beginnings is not just based on sales, but is one that draws in new customers who might not have otherwise visited the store. “It’s the culture-building part of it,” said Barrett. “There’s just this magic that happens when people are in a room together — that’s what independent bookstores offer. When people sit there and the spell has been cast upon them and they totally get why this is not the same as Amazon or the same as box stores, and why it’s something worth supporting.”

As Barrett continues to seek out ideas for future events at Bookends & Beginnings, she has found plenty of inspiration among her fellow indies. “One thing that just never ceases to amaze me when I go to events like Winter Institute and the [Heartland] Fall Forum is this culture of sharing among bookstores,” said Barrett. “I always learn a lot from what other bookstores are doing and I appreciate that nobody feels territorial about it or proprietary about it. I hope somebody else gets ideas based on what we do. I’ve stolen some myself.”