Books on Broad Adds to Surge in Local Shopping 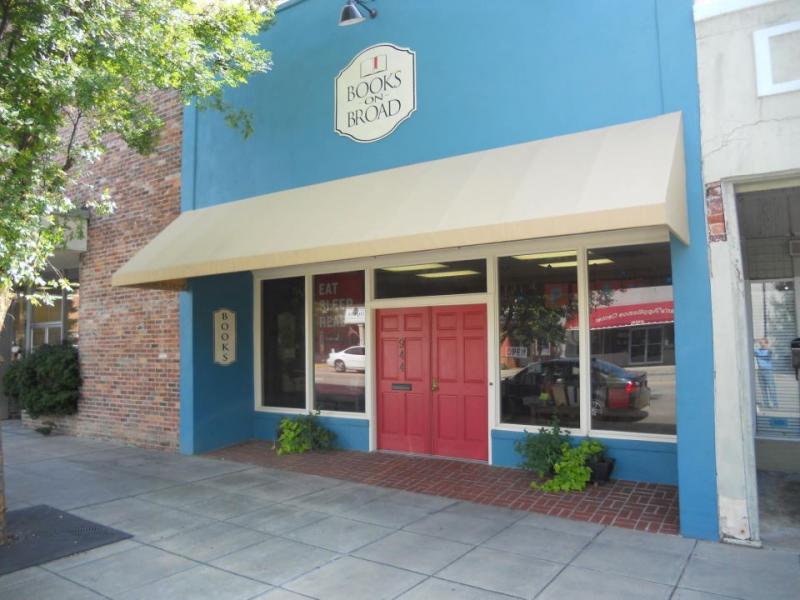 After practicing law for 25 years, Bill Funderburk retired and became an adjunct professor of English at the University of South Carolina. “So … it’s pretty obvious that I love books,” Funderburk said, adding that he always imagined opening a bookstore after retiring.

“I wanted to have a place where people would come to read books and drink coffee,” he said. “But it’s funny — I don’t think there was a cash register in that vision. I didn’t think of as a business, I thought of it as a passion.”

When the town’s collectible bookstore was put on the market, Funderburk took it as a sign. He and his wife, state Rep. Laurie Slade Funderburk, purchased the store with the intention of renovating it and adding new inventory to the mix.

On June 12, the Funderburks’ Books on Broad opened in downtown Camden, South Carolina. The town, which has a population of about 7,000 people, is surrounded by several larger cities, where, for a long time, Camden residents ventured to do their shopping in malls and shopping centers. This turned Camden into “a town that sort of had the life sucked out of it,” Funderburk said.

But now, after several efforts to refurbish the downtown area, Camden is seeing a surge in local shopping, and Funderburk is happy to be a part of the project. To help reinforce the importance of the movement, Books on Broad highlights local authors and local history.

“We’re bucking the trend,” said Funderburk. “We’re salmon swimming upstream. That’s what independent bookstores have to do. We’re doing what we can to promote ourselves, and give the sense that we are part of the community.”

Funderburk, who gained some retail experience while still in law school, learned about bookselling through resources available from the American Booksellers Association, as well as from Ingram. The rest, he said, he “learned on the fly.”

With the purchase of the business, the Funderburks “inherited” the previous owner’s impressive inventory of used books, which now make up half of Books on Broad’s inventory. The other half is new books. “The most attractive area of the store,” Funderburk said, is the children’s section, overseen by Laurie Slade Funderburk.

“I want people to come in and ask for a book and be able to hand it to them,” he said. “And if someone wants a book that they haven’t been able to find, my job is to find it for them.”

In June, Books on Broad invited the community to a grand opening party, where well-known Camden residents performed readings. The store also served free ice cream and handed out gift certificates every hour. “We sold some books, but we really just wanted to let people know we were here,” said Funderburk. “Everyone has been very supportive and encouraging.”

Books on Broad supports local book clubs and discussion groups by providing a quiet space to read and talk. So far, turnout for each of the store’s events has been good. “People seem to be glad we’re here,” Funderburk said. In the future, he hopes to add a coffee bar.

“We’re here to support our community, support people who like to read, and be a part of the revitalization of our area. We’re following a passion, and we’re trying to foster that in the community.”