We Eat Our Own (Scribner, September 6), the tense, provocative debut novel by Left Bank Books events coordinator Kea Wilson, is based on the controversial production of the 1980 Italian horror exploitation film Cannibal Holocaust, one of the earliest examples of the “found footage” genre. 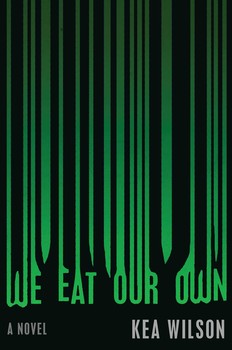 The book begins as a young American actor drops everything to fly to the Amazon rainforest, where he is set to star in Jungle Bloodbath, a low-budget Italian horror film about an expedition to document the indigenous population. When he arrives, however, the movie’s production is already dissolving into chaos, as the crew clashes with the locals and the director’s unorthodox filmmaking techniques threaten to take verisimilitude to disturbing new heights.

Wilson intersperses accounts by the book’s characters, including guerilla rebels and drug traffickers, film effects artists, actors, and the controversial director, with transcripts from an Italian court where the director, who refused to reveal the whereabouts of his actors after the film’s release, is on trial for murder.

In her reimagining of the film’s brutal behind-the-scenes history, Wilson explores the dark depths of human nature, revealing our tendency to dehumanize others, and the mental back flips we perform to distance ourselves from the violence we inflict.

Bookselling This Week recently talked to Wilson about her writing career and her new book.

Bookselling This Week: How did the idea for We Eat Our Own come to you?

Kea Wilson: I saw the movie Cannibal Holocaust for the first time when I was about 16: I was in a basement and I’m pretty sure I watched it as a bootleg. It’s a film that really stuck with me and seemed unique in terms of horror films or at least teased at some pretty provocative moral questions, even though it’s a horror film. 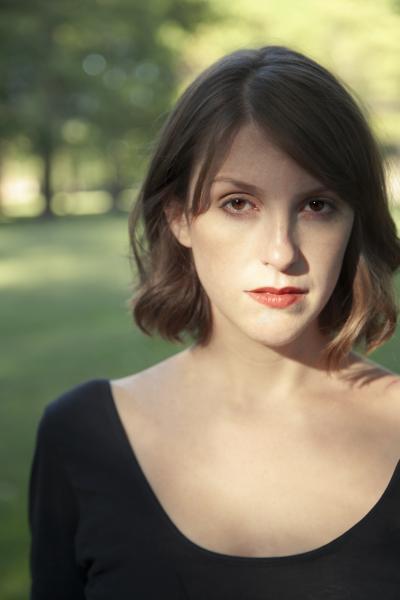 Over the years, I heard a little bit more about the production of the film — which was crazy and involved a director who was brought up on murder charges for using these really realistic special effects. It just kept gaining dimensions in my mind, this project that asked all these really bizarre questions — inadvertently and on purpose — about how we respond to violence and about what we seek to do when we film violence and how we treat people from other cultures, in particular. I think there is a really strong colonialist streak to the film that I wanted to explore.

Eventually I took a really good class in my MFA program about research and got the confidence to delve in and explore different realms of some of the unexplored territory in the film.

BTW: Is the book’s structure — chapters written from the perspective of different characters alternating with excerpts from the director’s trial — something that evolved, or was it set from the beginning?

KW: It started off in the second person for the first couple of drafts and as I got interested in different lines of inquiry I realized that this character I created wasn’t capable of asking a lot of the questions I wanted to ask. I was interested in how the characters take ownership over spaces and also the characters who don’t feel that sense of entitlement in the way that the American and the European characters do. So I wanted to explore it from all sides and had to find ways to give myself permission to do it in all those different ways, which, again, goes back to research.

BTW: When did your writing career first begin?

KW: I have an MFA in writing from Washington University in St. Louis. Before that I studied at St. John’s, a Great Books college in Santa Fe, New Mexico. I didn’t study writing there, but I did in high school. It’s always been what I’ve been interested in doing, but I guess I’ve taken a weird path to get there.

I started the book as a short story in the first year of my MFA program, put it down, and then picked it back up in the second year, so it probably began from that point until I was actually working on selling it. It’s kind of amorphous to talk about when you started writing a novel because there are so many stages to it, and the book was radically reshaped at pretty late stages. I guess it was about three and a half years all said, and I was at the bookstore for two and a half of those, so the majority of the time I was working in that environment.

BTW: We Eat Our Own takes the reader into some pretty disturbing psychological spaces. Was it difficult letting your mind go to the dark places it needed to go?

KW: In some ways, yes; and in some ways, no. Working on a book takes forever. I was rereading critic Maggie Nelson’s The Art of Cruelty recently. She talks a lot about the sort of intense, visceral kind of movie that a lot of horror films seem to be. The experience of writing a novel is not at all visceral because you just piece it out and rearrange the parts; you have to be such a car mechanic about it at a certain point, so you aren’t really putting yourself in that visceral place.

I do remember there were stages of writing the book, where I [did have to do that]: I’m terrified of snakes and I made myself watch seven or eight videos of an anaconda swallowing a large object at like seven at the morning, a great way to start the day.

I also watch a ton of horror movies, and I have to be honest, a lot of them don’t freak me out — that’s not why I like them. That wasn’t necessarily putting me in a dark place, but the more frightening things were to learn and examine some painful things about how white Americans behave abroad and what we do to indigenous populations in other countries — where the book is set, in particular — but really everywhere we go, and to scrutinize the way that privilege works in the characters’ lives. I had that going on in a parallel track in my life because I wrote this while Ferguson was happening, and our store was very involved in that. [So in writing this,] I had to be very rigorous with myself and very honest, which can be painful.

BTW: Will you be having your book launch at Left Bank?

KW: I’m the events coordinator so it was sort of always a foregone conclusion that we would. It would be weird if I didn’t. Everyone’s been crazily supportive; a lot of my earliest readers are from the staff. The owners, Kris Kleindienst and Jay Steele, have been just incredible cheerleaders.

BTW: Is there anything else you would like people to know about the book?

KW: I want people to buy We Eat Our Own in independent bookstores if they can, or read it at the library if they can’t. I think that’s kind of the foundation of our literary culture. The best way to keep this whole thing going is to support people who have invested their lives in the same.