For Denise Phillips, owner of Gathering Volumes in Perrysburg, Ohio, attending the Events University at Children’s Institute in Pittsburgh this June was the final motivational push she needed to go after her dream: to launch her own literary festival for teens. 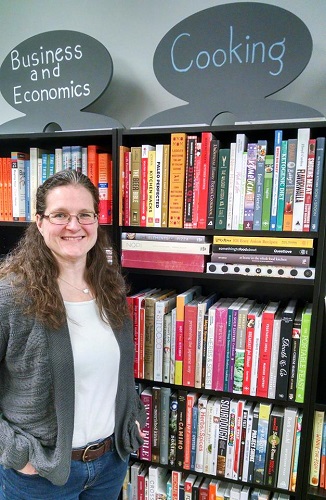 The full-day, two-part workshop on June 26 featured booksellers who have experienced event success offering attendees tips for navigating events in a small space; best practices for ticketing events and anticipating turnout; how to launch a book festival in your community; and more.

Specifically, Phillips benefited the most from listening to the two panelists who spoke during the second half of the day: Blue Willow Bookshop event coordinator Cathy Berner and owner Valerie Koehler, who discussed how they pull off three children’s festivals annually: Bookworm, Tweens Read, and TeenBookCon.

After her inspiring experience at Children’s Institute, Phillips dove in and launched the Northwest Ohio Teen Book Festival, a volunteer organization formed to create opportunities for teens and tweens in the northwest region of Ohio to meet their favorite authors and discover new ones.

According to Phillips, attending the Ci7 Events University and hearing from booksellers like Berner and Koehler “just made it seem like organizing a festival on my own was actually doable. I’m pretty much it here — I have one employee with me so I’m not quite as big as a lot of other bookstores. At first I thought there was no way I could do this on my own, but they really made it sound like you can find the support in the community to get folks to help out. There were just two of them from Blue Willow and I thought, well, I’ve only got one, so maybe I can make this work.”

Phillips, who opened her store three years ago, told BTW she had been hearing a lot from local parents and teachers about how the young people they knew tended to lose interest in reading around junior high because they are so busy they only have time to read the books they are assigned at school. Phillips noticed that while there were several other literacy events in the area, all of them were focused on younger students, so the need was there for an event that would connect with those teens who complain that they hate reading.

At the moment, the festival is scheduled to take place next April and will feature an introduction event with all the participating authors, then a keynote speaker, followed by four individual sessions, of which teens can choose three to attend. Phillips said the biggest item on her wish list is getting a big author who will be a really popular keynote speaker. She also hopes the festival will put her on publishers’ radars when she goes to fill out her next event grid, by proving there is a desire in the area for author events.

Since attending the Events University, Phillips has been able to secure a local non-profit partner, Moms Mobile Mission; the store has always had a donation bin for used books that they donate to the nonprofit, which makes the books available at the local community center. 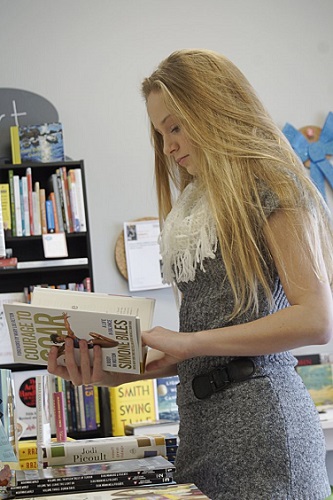 “We have a relationship with them so rather than take the time to try to create a nonprofit for the event, which I assumed would take quite a bit of time to figure out, I went to the woman who created the organization and she went to their board and got approval. They agreed that their core mission — their motto is ‘helping families every step of the way’ — aligns with our core mission, and so they agreed to partner with us and serve as the nonprofit side of the event,” Phillips said.

Phillips has also been able to find a school district, Toledo Public Schools, that is willing to host the event.

“At the Events University, Valerie and Cathy talked about how they work with the Houston Public Schools, so I reached out to Toledo because that is the larger school system around here that would have larger buildings and larger parking lots to host an event like this,” she said. “I knew a principal of one of their elementary schools because we worked with them [for Indies First] last year when Simon & Schuster did the promotion where we could get copies of Ghost by Jason Reynolds to give to Title 1 schools. So I reached out to her and she put me in touch with the right people.”

Phillips told BTW she will also be getting some guidance from nearby Bowling Green State University, which runs Literacy in the Park, an annual event geared toward younger readers; the area is also home to another literacy event, Claire’s Day, but, again, this one is also geared toward younger students.

Even more help came from local YA author Chelsea Bobulski, who offered to reach out to a few authors groups she is a part of and came back with a list of a dozen traditionally published authors who were willing to participate in the festival if the final date works. The store developed a relationship with Bobulski after hosting the release party for her first book, The Wood (Feiwel and Friends), and her second, Remember Me, and coordinating school visits for her.

As of Tuesday, August 27, Phillips has secured the official date and location for the festival: Saturday, April 25, 2020, at Bowsher High School in Toledo. Next, she will be sending out official letters to the publicists of authors to invite them to the festival to sign books and/or present. She also recently launched the festival website via WordPress, which includes an author submissions form Phillips created using verbiage offered by Blue Willow’s Koehler and Berner.

Phillips also plans to reach out to local businesses to get them involved as sponsors as well as to area teachers to spread the word. She has also collected e-mail addresses from several customers who have expressed interest in joining a festival committee. Currently, she is looking for committee chairs in the areas of fundraising, programming, registration, prizes and gifts, volunteers, social media/technology, authors, book sales, and more. 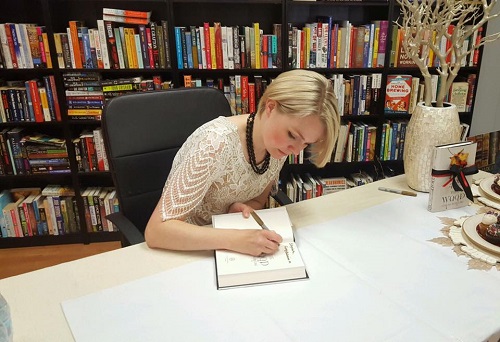 When it comes to promoting the festival, said Phillips, all of the event partners will be involved; she will also try to get press releases covered by the local news outlets, and reach out to do some paid advertising locally, including radio ads on NPR.

Phillips said she wanted to express her gratitude to all of the booksellers who volunteered to give presentations at Events University and at Children’s Institute as a whole, citing the constant support she got from bookstore owners when she was first opening the store.“I come from IT and have only been in the book world a short time,” she said, “so the fact that in this environment everyone is willing to share their successes and how they did it is so fabulous and new to me. Just the fact that these booksellers were willing to sit down and say, Here’s how we do it. That is such a huge deal and in so many other industries that would not happen.”

“The big takeaway from Events University was that launching a festival is feasible, and it is possible to do it without an army,” added Phillips. “It was encouraging to hear how much the community stepped up in Houston and how excited the teens were, especially when Cathy and Valerie started talking about how they worked with the schools. For me that has been a little bit of struggle because I don’t come from a school environment so I don’t necessarily know who to reach out to.”

For more information about the Northwest Ohio Teen Book Festival, e-mail Phillips at info@nwoteenbookfest.com. Booksellers can watch a full video of the session on ABA’s Education Resources page (a BookWeb username and password are required; e-mail info@bookweb.org for login credentials). BTW’s full recap of the Events University workshop can also be found on BookWeb.