Booksellers’ Enthusiasm and Passion on Display at Record-Breaking Winter Institute 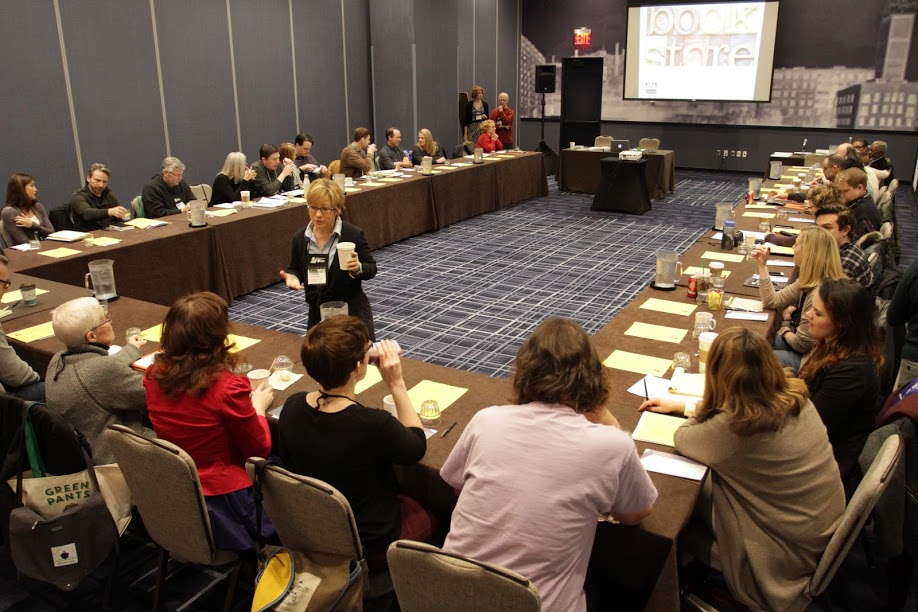 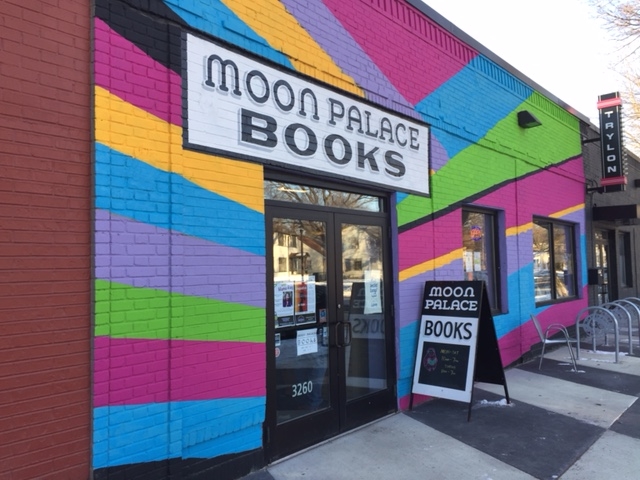 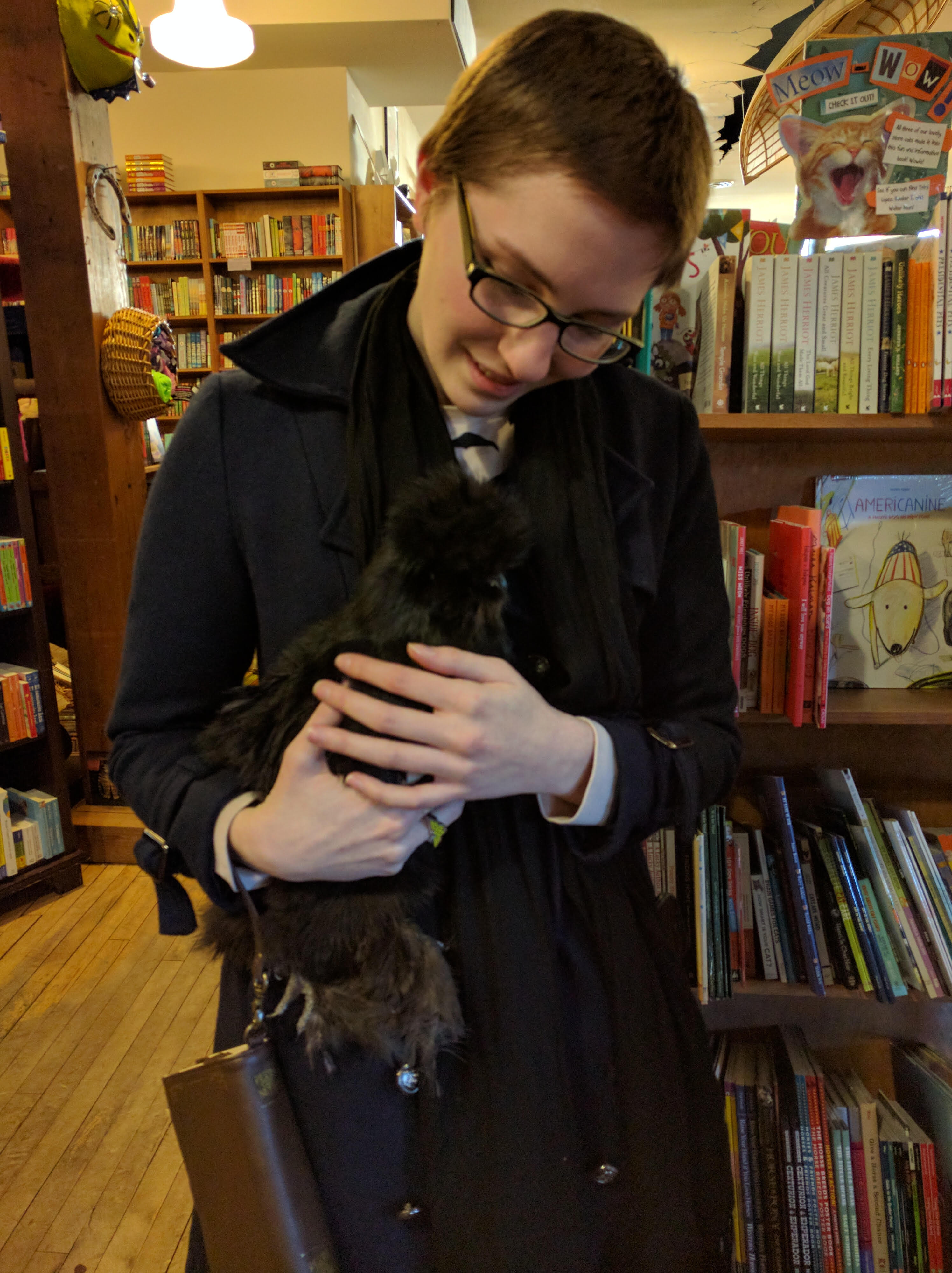 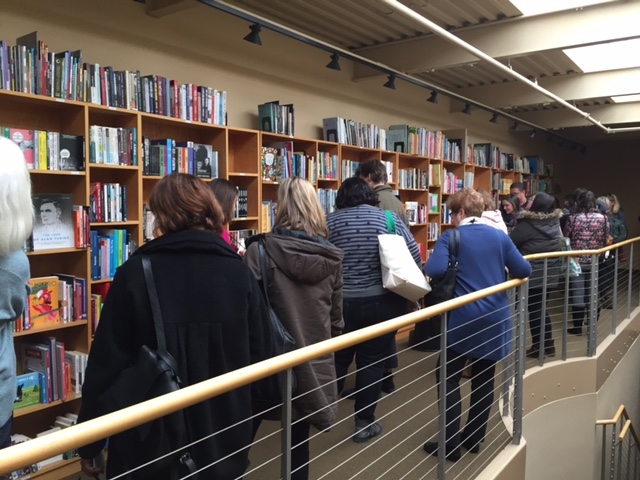 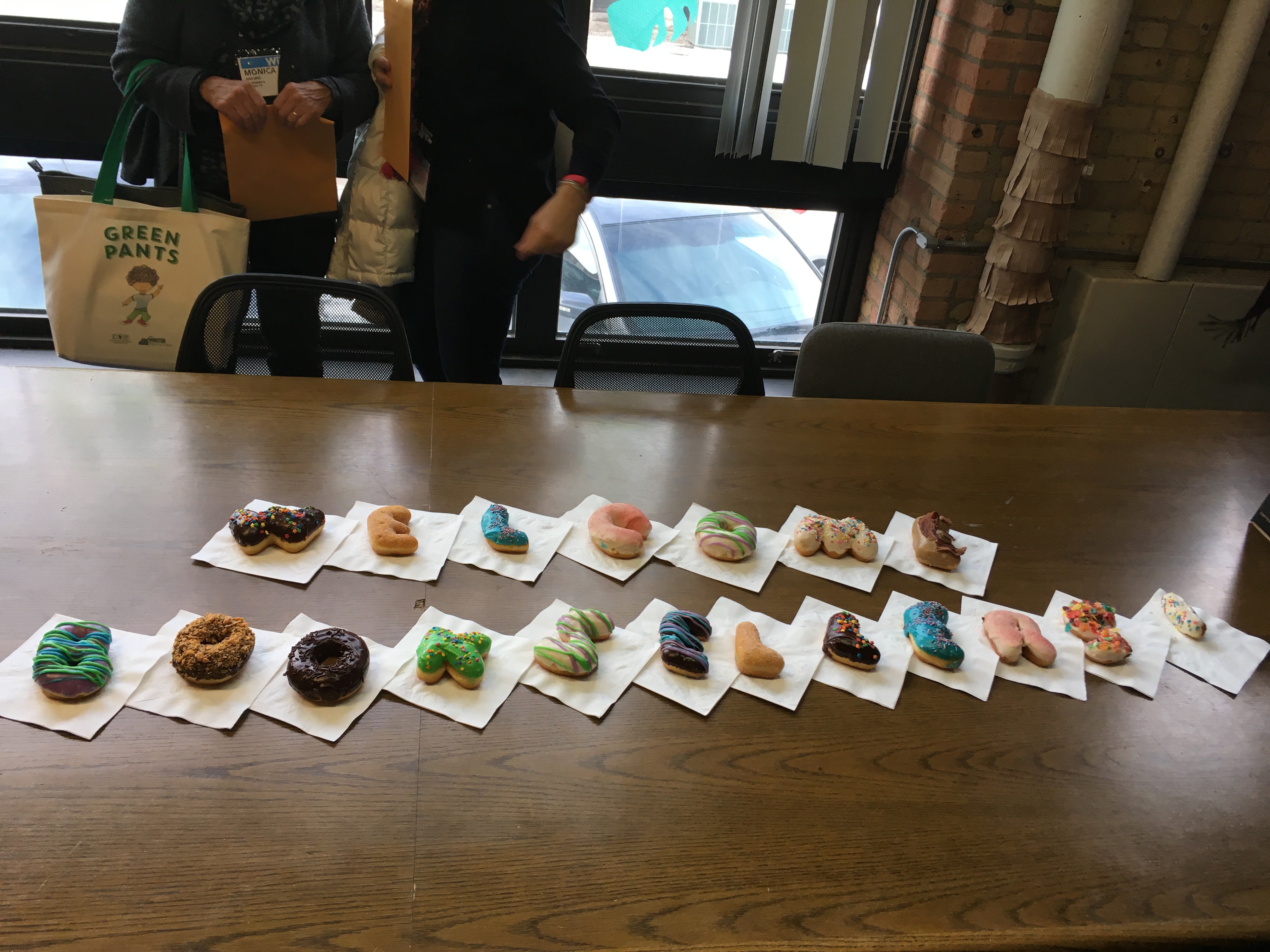 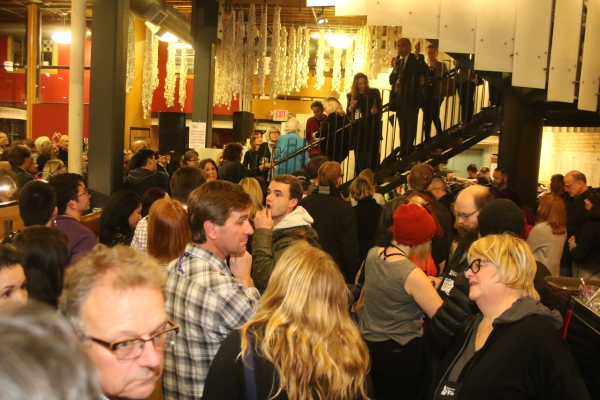 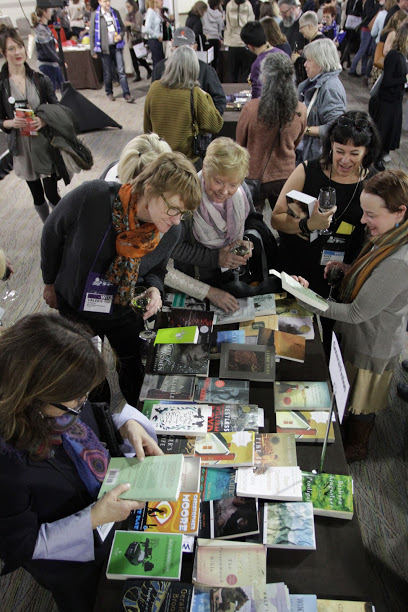 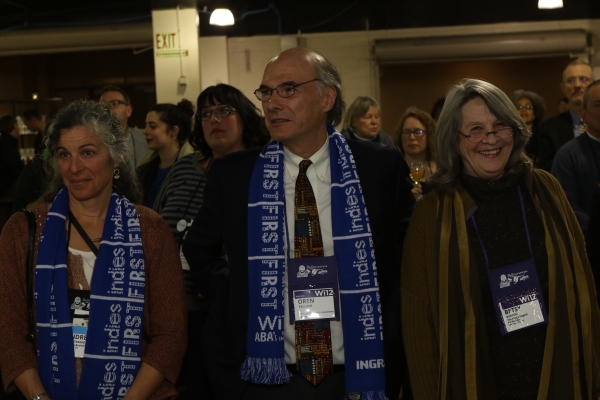 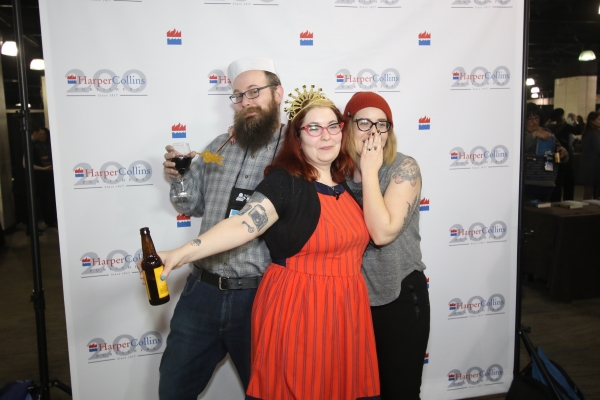 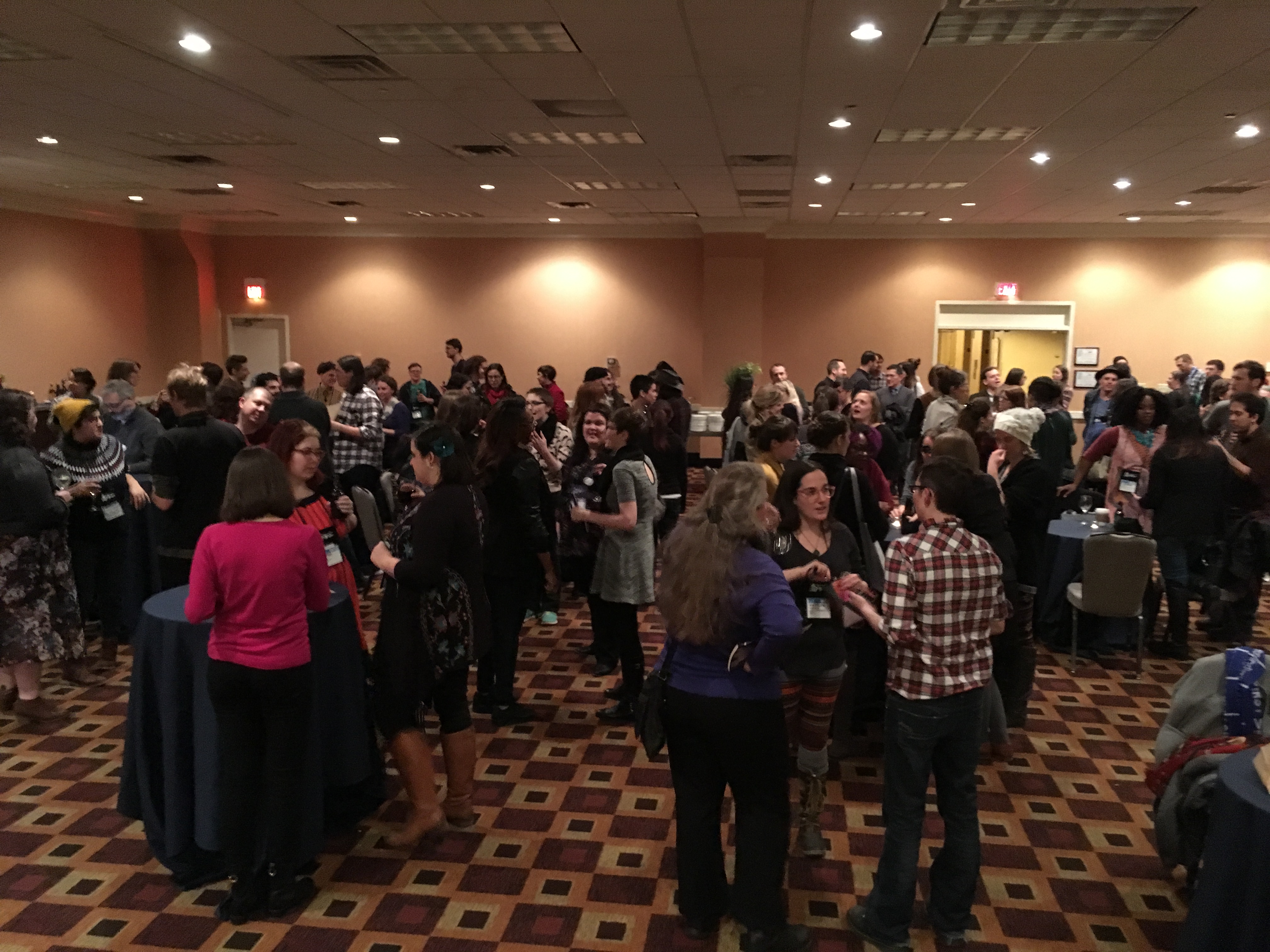 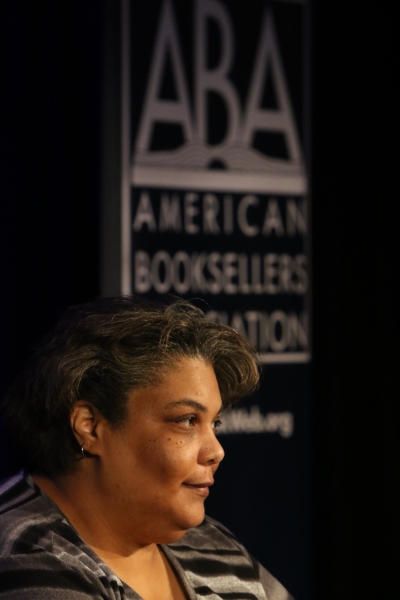 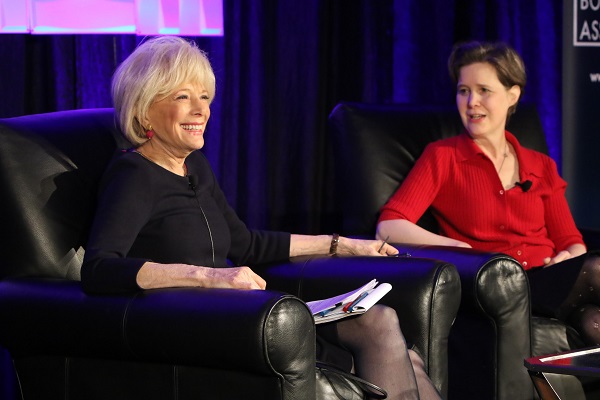 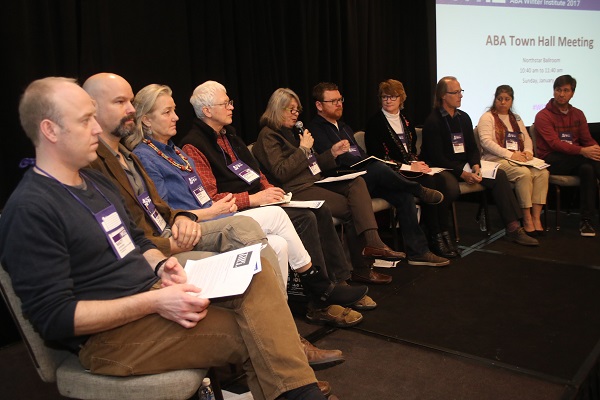 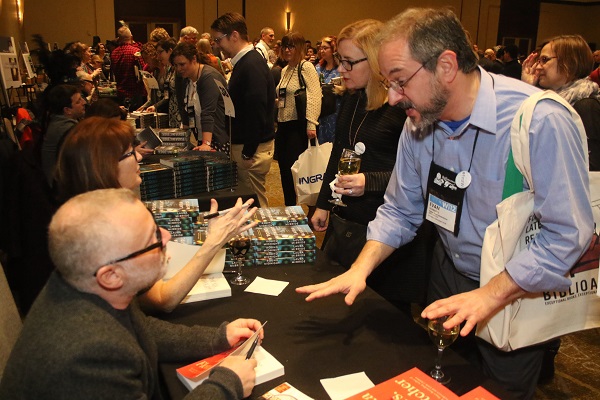 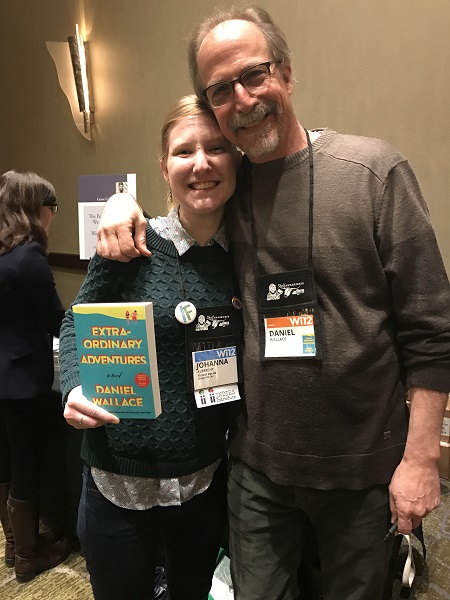 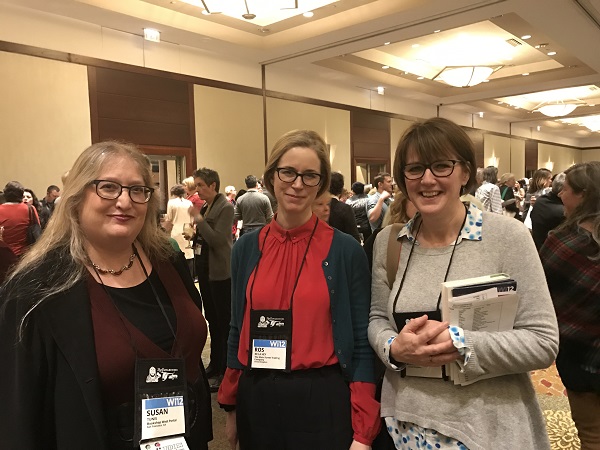 Approximately 655 booksellers from 335 stores were in Minneapolis for the American Booksellers Association’s 12th annual Winter Institute (Wi12), which comes to an end this evening.

The institute, which began with an opening reception on Friday, January 27, also brought together more than 100 authors, 87 publishers, and 25 international guests from nine countries, including booksellers from as far away as Australia, New Zealand, the U.K., Denmark, and Germany.

With the support of the event’s lead sponsor, Ingram Content Group, and publishers large and small, Wi12 provided booksellers with three full days of programming, including keynote addresses and featured speakers, education sessions, publisher/bookseller focus groups, rep picks speed-dating, an ABA Town Hall Meeting, the very popular Author Reception, and a closing reception featuring authors from small and university presses. New this year was the opportunity for booksellers to consult, on a walk-in basis, with representatives from 14 small to mid-size publishers.

Among the topics that came to the fore during this year’s programming and in booksellers’ comments at the Town Hall was the need for more action to foster diversity in the bookselling and publishing industries and how the outcome of the presidential election has made this a particularly important time for booksellers to provide people with both a welcoming place and books that can serve as conversation starters and tools to inspire reflection, action, and change.

Tour participant Valerie Lewis, the co-owner of Hicklebee’s in San Jose, California, said it was fun seeing all the possibilities and what other booksellers have up on the walls of their stores and on their shelves.

“When you think you know it all, there is always something new to learn. It could be as simple as a sign on the door,” Lewis said. “It was also a great reminder of how indie booksellers are so diverse in their approach; the only common denominator is that we are independent.”

Other pre-Winter Institute 12 offerings on Friday included three all-day programs — the Leadership Workshop for Owners and Managers, the IndieCommerce Institute, and the Introduction to Retail Bookselling Workshop, presented by Donna Paz Kaufman and Mark Kaufman of Paz & Associates. In a sign of the health of indie bookstores, 42 new and prospective booksellers took part in the Paz workshop. Among them were prospective booksellers who were well on their way to opening this year, others still in the research stage, and current booksellers who hope to open their own stores someday. There were also eight students whose stores have already opened.

The Winter Institute officially kicked off on Friday evening as booksellers and publishers packed the opening reception at Open Book. At the event, which was co-sponsored by Shelf Awareness, ABA CEO Oren Teicher called the cultural and artistic center “one of the most unique facilities in America.”

“A few of you laughed at us when we said we were going to come to Minneapolis in January, but you all voted with your feet and we have the largest Winter Institute that we have ever had and we are thrilled so many of you are here,” said Teicher, as he stood on the Gail See staircase, named for the former ABA president who helped bring the Open Book to life.

Among the reasons that ABA decided to bring the Winter Institute to Minneapolis, Teicher said, was the area’s extraordinary independent bookselling and publishing communities.

The opening reception was followed by the second annual Backlist Book Swap Party, which was held at the institute’s host hotel, the Hyatt Regency Minneapolis. At the event, Wi12 attendees were invited to swap one of their backlist favorites for someone else’s and to have fun with their colleagues in the Book Swap photo booth. This year’s party, which was sponsored by HarperCollins and Harlequin, featured cakes celebrating HarperCollins’ 200th anniversary and a display of some its notable backlist titles.

“My idea of heaven is that we could create a really rich and wonderful partnership with publishers so that we could do much more of the selling of backlist, because we all know that’s where the gold is,” ABA President Betsy Burton, co-owner of The King’s English Bookshop in Salt Lake City, Utah, told the crowd at the swap.

Friday night was capped by the first-ever Young Professionals Afterparty. The event, sponsored by Lit Hub and the National Book Foundation with help from the regional bookseller associations, was the brainchild of the organizers of Indies Forward, a new volunteer organization dedicated to cultivating, supporting, and sustaining the emerging generation of innovators and leaders in the bookselling industry.

One of the group’s leaders, Kim Hooyboer of Seattle’s Elliott Bay Book Company, explained to the afterparty crowd how Indies Forward aims to provide both educational programming and networking opportunities specifically tailored to young and new and emerging booksellers. Hooyboer said the group was committed to supporting the current generation of young booksellers and to making bookselling a viable career for the next generation.

On Saturday morning, Burton welcomed booksellers to the Winter Institute’s opening plenary session featuring author and social commentator Roxane Gay (Difficult Women, Grove Press) and noted that, despite the intense national focus on the presidential campaigns and election, ABA booksellers all worked hard over the holidays and the results on the whole were positive.

“We understand that some communities are facing substantial challenges, whether because of the local economy or your weather, but regardless of your year-end results, all of us here at Winter Institute share the same goals — three days focused on education and professional development so that we can meet new challenges and explore innovative solutions — and, no less importantly, use our time here to connect with one another,” she said. “It’s through our friendships and collegial bonds that we strengthen ourselves and one another each year here at Winter Institute, which is just an amazing experience where we find the insight and energy to meet new challenges and recommit ourselves to our remarkable profession.”

As CEO and president of Wi12’s lead sponsor, Shawn Morin expressed Ingram’s enthusiasm about the future and the positive momentum of independent bookselling, and he noted that Consortium Book Sales & Distribution, part of Ingram’s distribution arm, is located in Minneapolis.

“We believe that the future of independent bookselling and independent publishing are intertwined. We think there is a lot of power in connecting points, like Winter Institute, so please take advantage of that,” Morin told the breakfast crowd. “No other industry or service compares to how you connect people and build community, from book clubs to author events to story times for children and literacy classes — the list goes on. Innovation combined with genuine caring for your customers put indie booksellers in a class by themselves.”

After a full day of programming, which began with morning yoga led by Jessamyn Stanley, author of Every Body Yoga (Workman), Saturday ended with an open reception hosted by Ingram, which also provided everyone with a blue-and-white Indies First scarf that could be spotted around booksellers’ necks as they traveled the hotel halls. Later that night, Scholastic hosted what has become an annual tradition, its Meet & Treat Afterparty, where guests were able to meet several Scholastic authors and hang out with a larger-than-life Captain Underpants and Dog Man.

To kick off the second day of Winter Institute, in his introduction to the Sunday morning breakfast plenary, a conversation between author and bookstore owner Ann Patchett (Commonwealth, Harper) and 60 Minutes correspondent and author Lesley Stahl (Becoming Grandma: The Joys and Science of the New Grandparenting, Blue Rider Press), Teicher shared some of the encouraging statistics indie bookstores have generated over the past year. The independent bookstore channel ended 2016 with overall sales up about five percent over 2015, he said, while the total book sales in the indie bookstore channel have reached more than a half a billion dollars.

“Independent bookstores have continued to grow and succeed because of the commitment to professional development and continuing innovation that you all do every day in your stores, and that formula is going to be even more important in 2017,” said Teicher. “I know nobody in this room is complacent and that you are working hard every day to meet the challenges of securing needed capital, to squeeze every possible efficiency that you can out of the business, and to hire and train the best possible staff. We’re going to help you do what we can at ABA to provide educational programming here at the Institute and other times during the year but, it’s important for us to understand as independent retailers, we do face the increasingly prominent threat posed by Amazon and the unprecedented concentration of retail power that they have.”

Noting the fight on behalf of indie retail and Main Street is not going to be easy, he said, “I believe that working together, as we have so well in the past, along with other independent allies, we can make progress in strengthening our businesses and our communities.”

Sunday’s programming also included ABA’s Town Hall and a featured talk by Paul Currie, CEO of Foyles in the U.K., on the future of retail.

The second day of Winter Institute programming came to a rousing end with the always popular Author Reception, which featured a record-breaking number of authors. Booksellers left the reception with their arms and bags full of autographed titles.

Before the start of Monday morning’s plenary session featuring author Kim Scott (Radical Candor: How to Be a Kickass Boss Without Losing Your Humanity (St. Martin’s Press), ABA President Burton announced that, in response to the concerns expressed by booksellers at the previous day’s Town Hall meeting, the association was forming a task force on diversity and would appoint additional Booksellers Advisory Council members to increase its diversity. (See related article.)

The breakfast also featured a tribute to ABA Development Officer Mark Nichols, who is retiring at the end of the institute. Teicher presented Nichols with artwork and a calendar, both featuring illustrations of bookstores by New Yorker cartoonist Bob Eckstein’s Footnotes From the World’s Greatest Bookstores: True Tales and Lost Moments From Book Buyers, Booksellers, and Book Lovers (Clarkson Potter).

Watch for more on Wi12 in upcoming editions of Bookselling This Week. —Liz Button and Rosemary Hawkins