Booksellers and Publishers, From Near and Far, Provide Aid to Harvey Victims

Booksellers and publishers from the Houston area and beyond have taken the initiative to help victims of Hurricane Harvey, which struck Southeast Texas this weekend, creating a disaster area thousands of square miles wide. 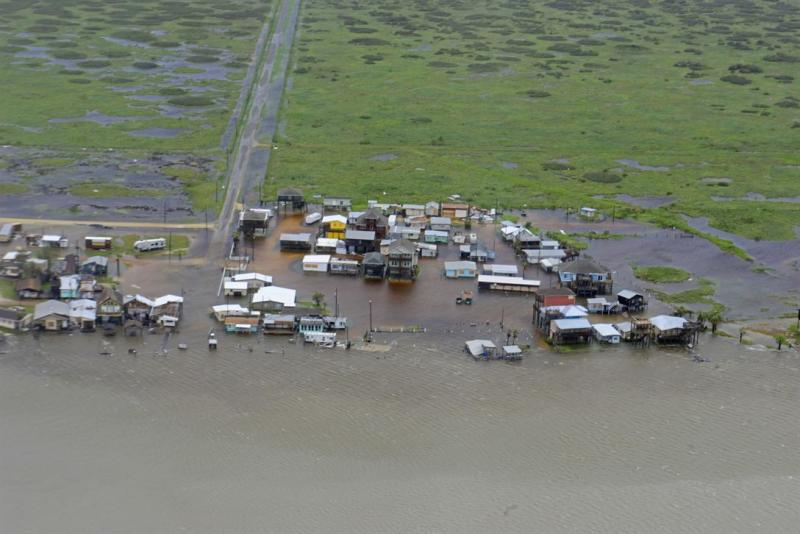 A photo of the catastrophic flooding taken August 26 by the U.S. Coast Guard during a flight from Port Aransas to Port O'Connor, Texas. (photo: defense.gov)

Harvey’s torrential rains and strong winds, which reportedly reached up to 130 miles per hour, caused devastating flooding, which meteorologists have described as unprecedented. Now downgraded to a tropical storm, Harvey made landfall again on Wednesday, this time in Louisiana, where New Orleans residents experienced the devastation of Hurricane Katrina in 2005. So far, the giant storm is reported to have left 30,000 to 40,000 homes destroyed and resulted in thousands of people being displaced, according to ABC News. Reuters reported on August 30 that the death toll had reached 20.

For booksellers, natural disasters like hurricanes can result in loss of inventory, damage to a store’s physical space, and significant reduction in traffic and sales, but according to social media reports, ABA outreach, and industry news coverage, it appears that most Houston-area bookstores have escaped the worst of the destruction, with some even able to open their doors yesterday.

Some indie bookstores that were able took it upon themselves to help victims of the hurricane. Houston’s Murder by the Book reopened on Monday, and provided refugees from the storm with bathrooms, coffee, Wi-Fi, air conditioning, and access to power. Brazos Bookstore in Houston, which reopened Tuesday, has reported that it will donate 20 percent of all online and in-store sales through Sunday to the Hurricane Harvey Relief Fund. Even stores in other parts of the country are donating portions of their sales to help victims, including Point Reyes Books in Point Reyes, California, which will donate to the Houston Food Bank. 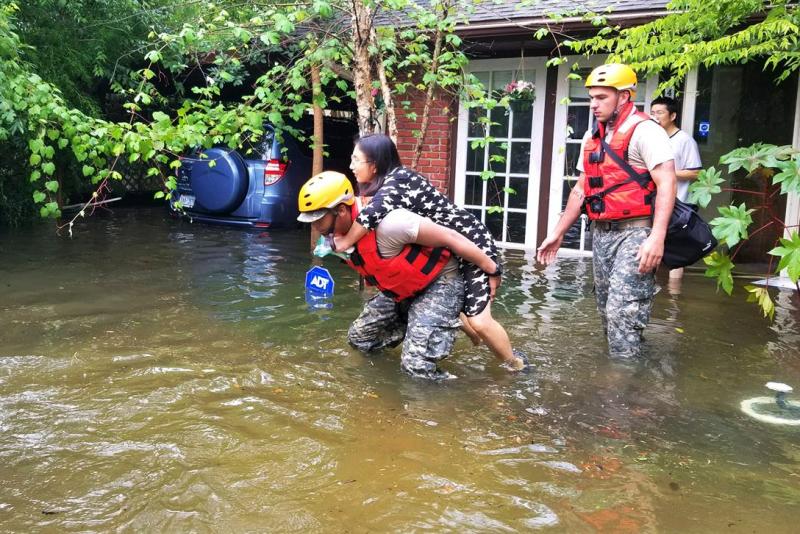 Many bookstores have been dealing with power outages and flooding, like Blue Willow Bookshop, which was closed on Tuesday due to loss of power. In an e-mail to customers, Blue Willow owner Valerie Koehler provided a list of books and wrote, “Please keep in touch — and when you can, find refuge, comfort, and laughter in the pages of your favorite books…Think like an indie bookshop: Though we be but little, Harvey, we are fierce!”

The Book Industry Charitable (BINC) Foundation exists for just this occasion: to help booksellers in need of emergency support. A message on Binc’s website reads: “In the wake of Hurricane Harvey, Texas and the Gulf Coast area are facing unprecedented amounts of rain and flooding. These conditions are predicted to continue through the next week or more and we anticipate some bookstores and booksellers will be impacted. Binc wants the stores in the affected areas to be aware of several types of assistance Binc could offer.” The message goes on to encourage people to direct booksellers to the organization’s website or to contact Binc at (866) 733-9064 or help@bincfoundation.org.

ABA Member Relationship Manager Daniel O’Brien also sent out an e-mail to booksellers in the path of Hurricane Harvey that provided resources and advice, including contact information for Binc. O’Brien's e-mail urged stores with a LIBRIS business insurance policy to reach out to a representative at (888) 694-8585 to make a claim, or contact ABA if there is any way the association can help.

In addition to booksellers, a number of major publishers, including Simon & Schuster, are also pitching in. S&S has announced that it will be offering relief assistance for libraries and bookstores damaged in the flooding, including providing public or school libraries with a donation of 250 “Best of” titles to help restore their collections. In addition, Simon & Schuster will provide multiple copies of 20 new releases and bestsellers to Texas retail accounts that have been damaged by the hurricane.

S&S added that the company also “stands ready to work with national and local non-profits such as First Book and the Red Cross to provide books for children and adults displaced by Hurricane Harvey, including at shelters throughout Texas.”

For its part, Scholastic is donating $25,000 to the Red Cross; after the immediate disaster, the publisher also intends to make sizable book donations to affected schools, working directly with customers to determine need while also accepting requests from schools through the company’s Possible Fund. Scholastic Book Clubs will also offer 500 free bonus points to teachers in affected areas to help restore classroom libraries.

In addition, a spokesperson for Penguin Random House told Publishers Weekly that the company will match donations to Hurricane Harvey relief from its employees through September 15, while Macmillan plans to match personal donations of up to $100 each by its employees to the Red Cross, according to PW. Relief efforts also extend to smaller publishers like Coffee House Press in Minneapolis, Minnesota, which will donate 20 percent of all sales through its website this week to aid in hurricane recovery.