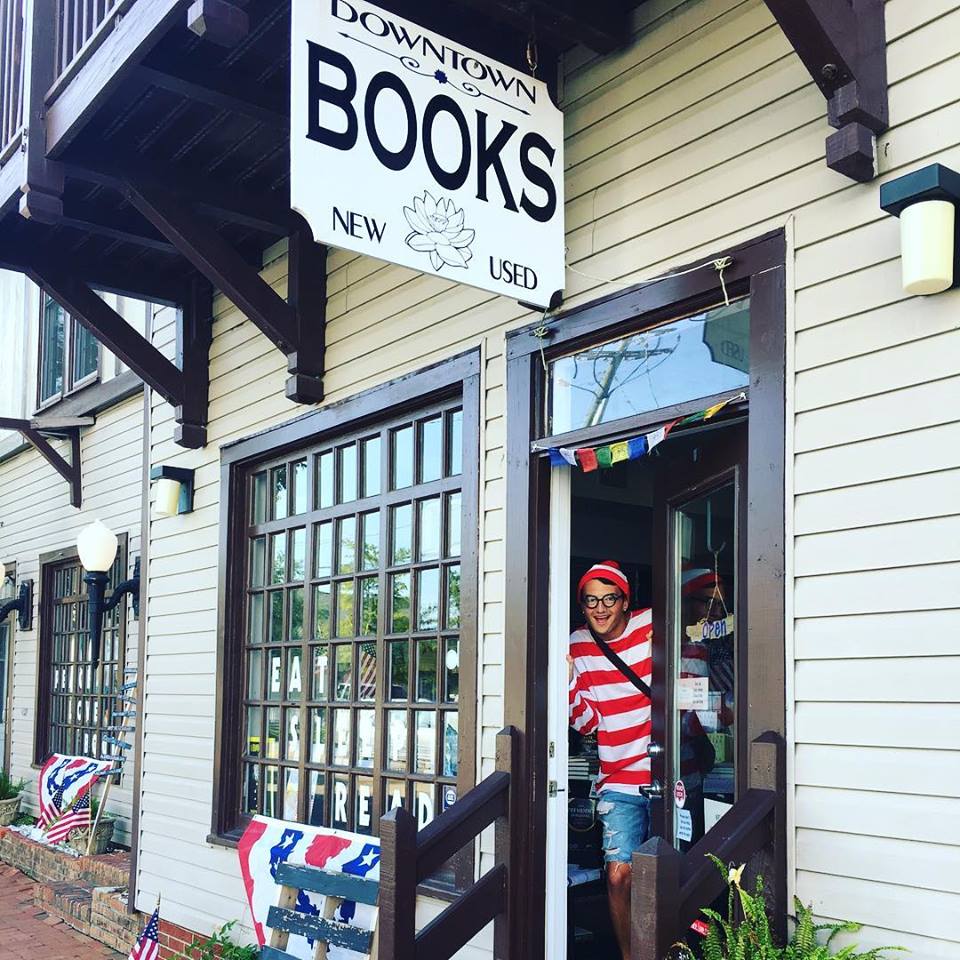 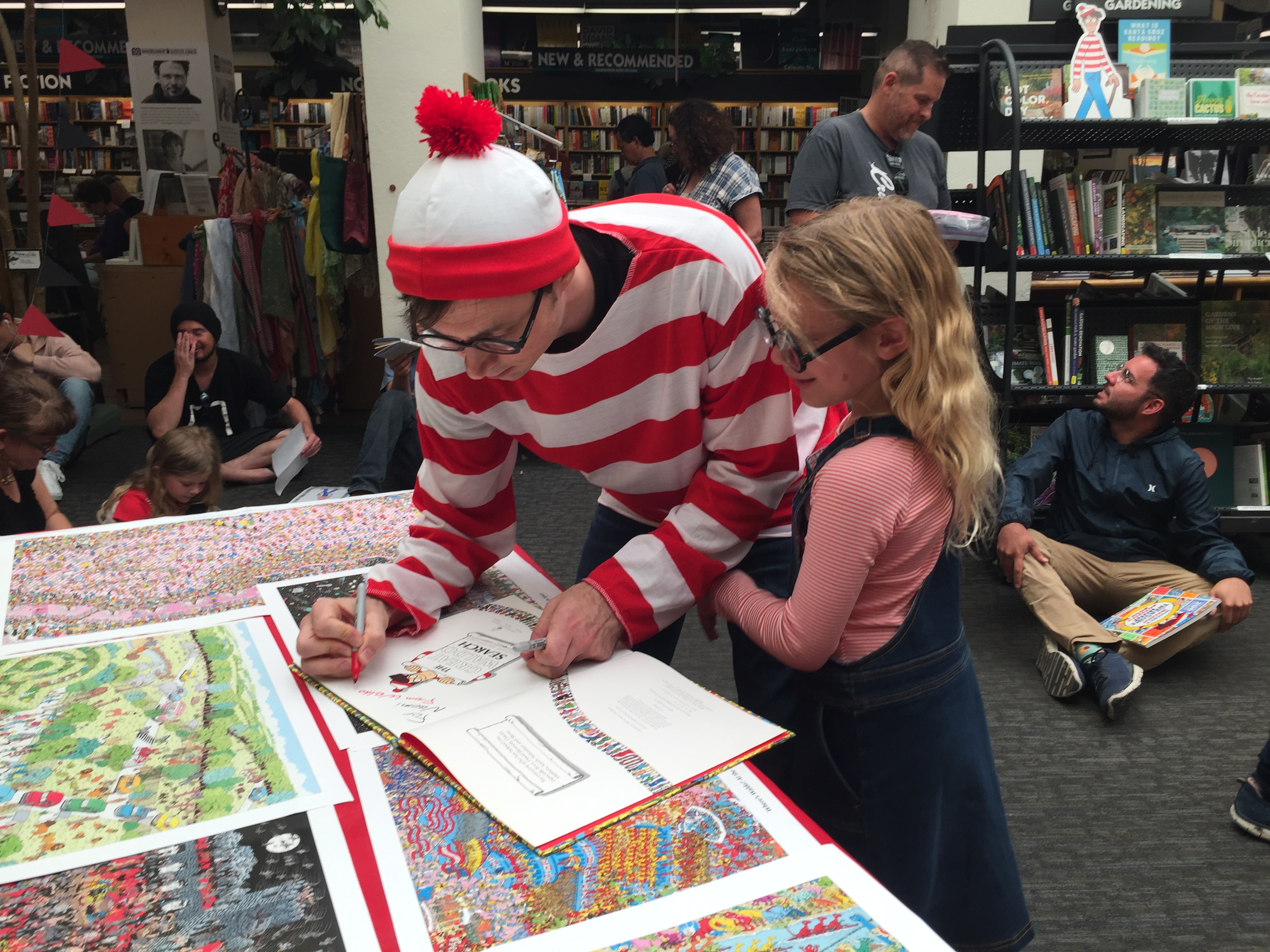 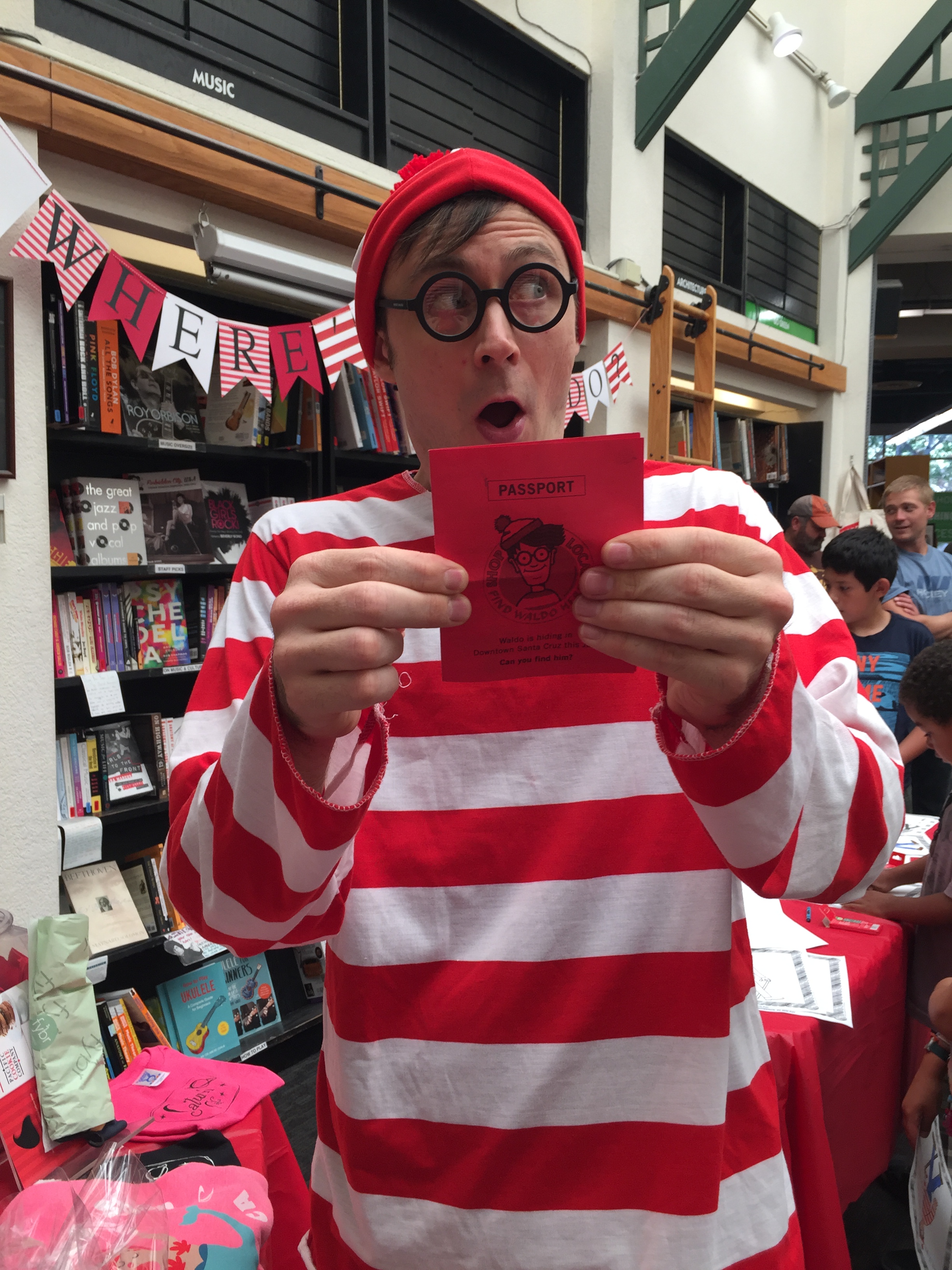 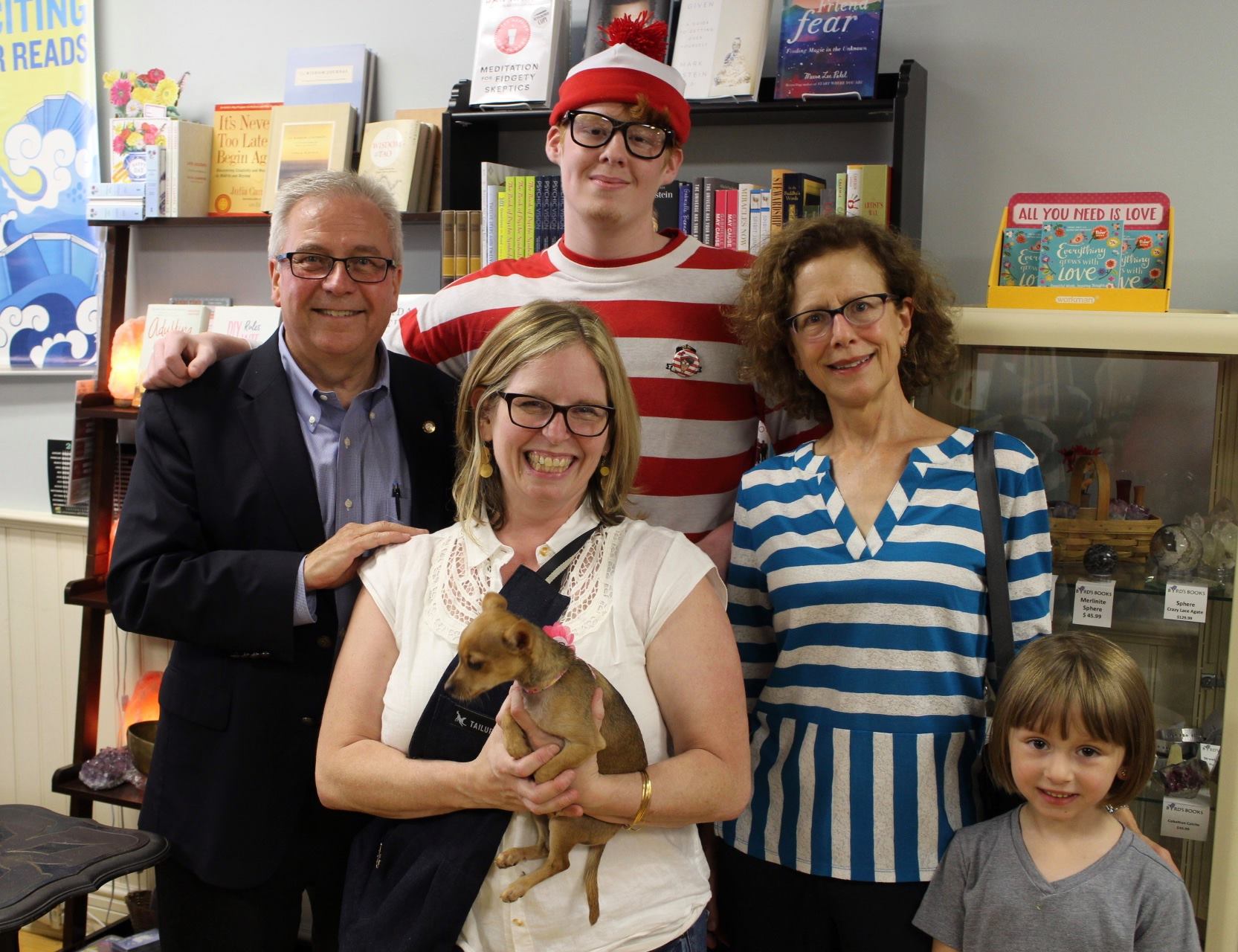 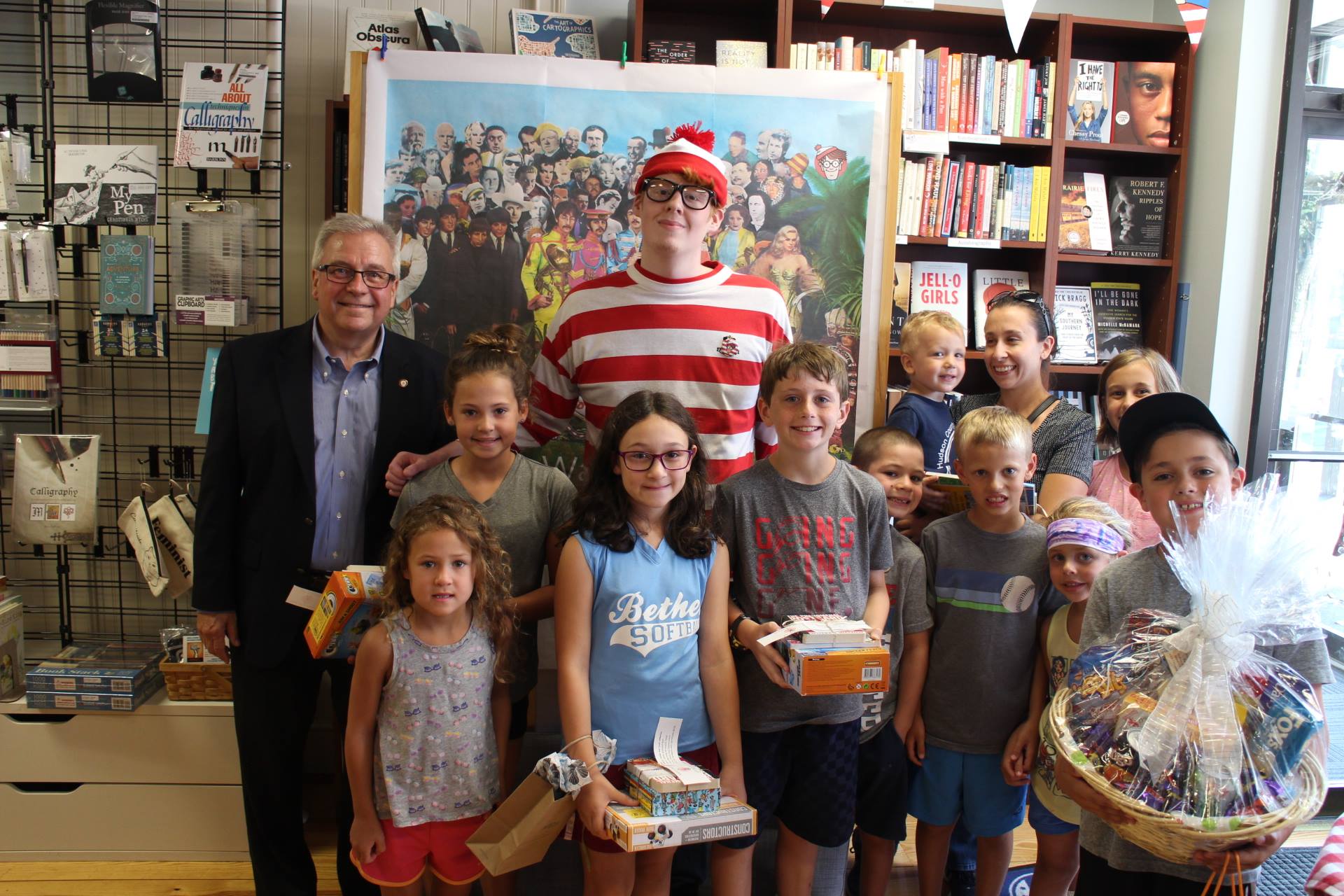 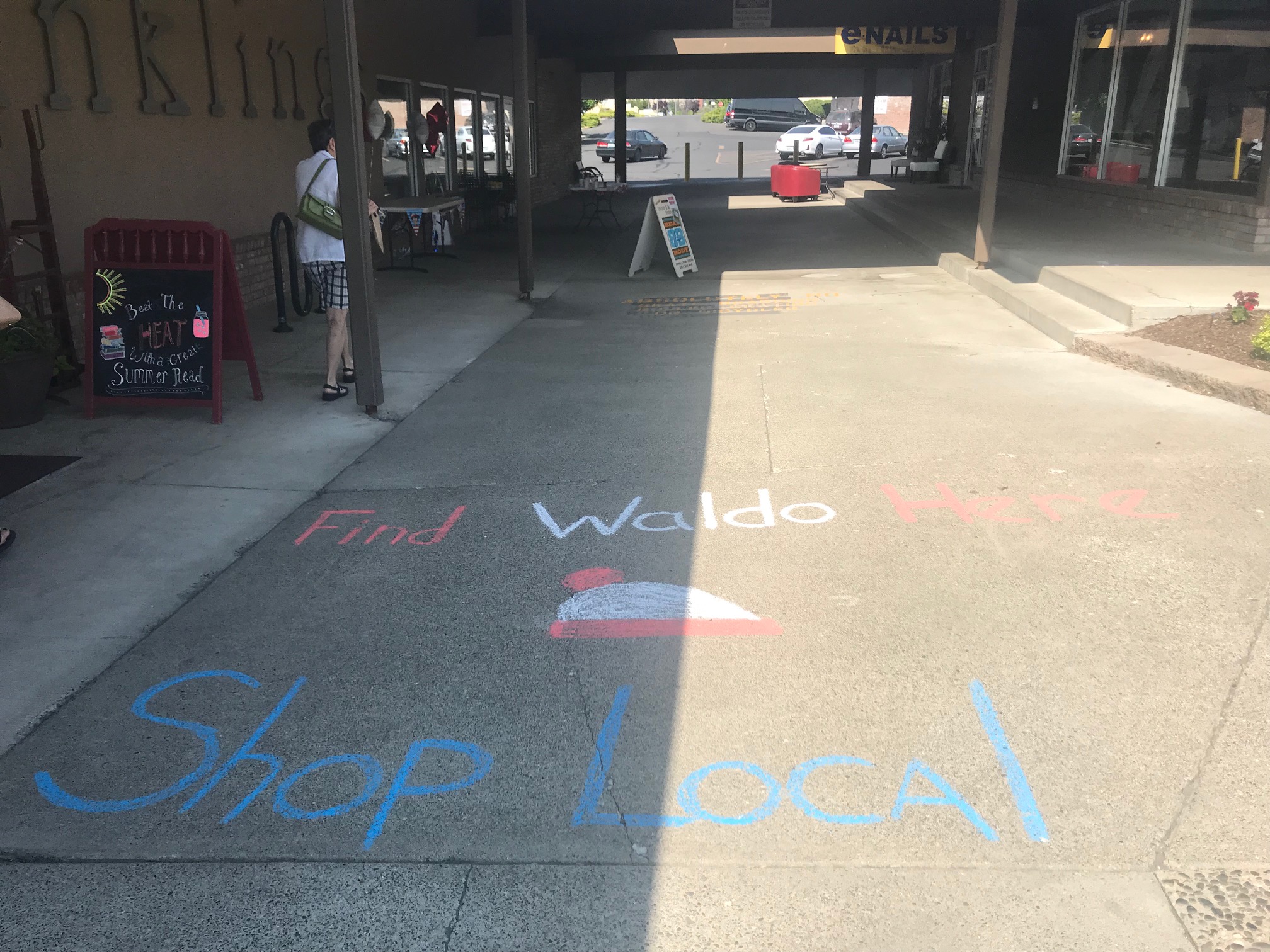 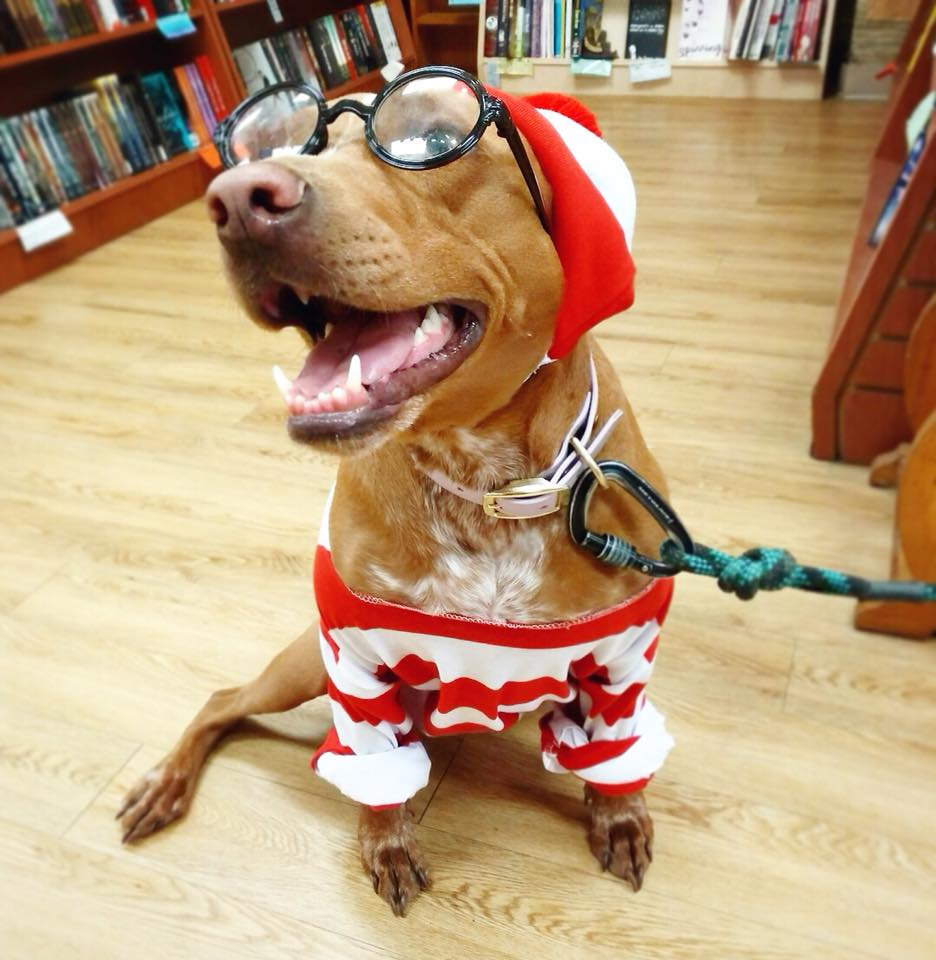 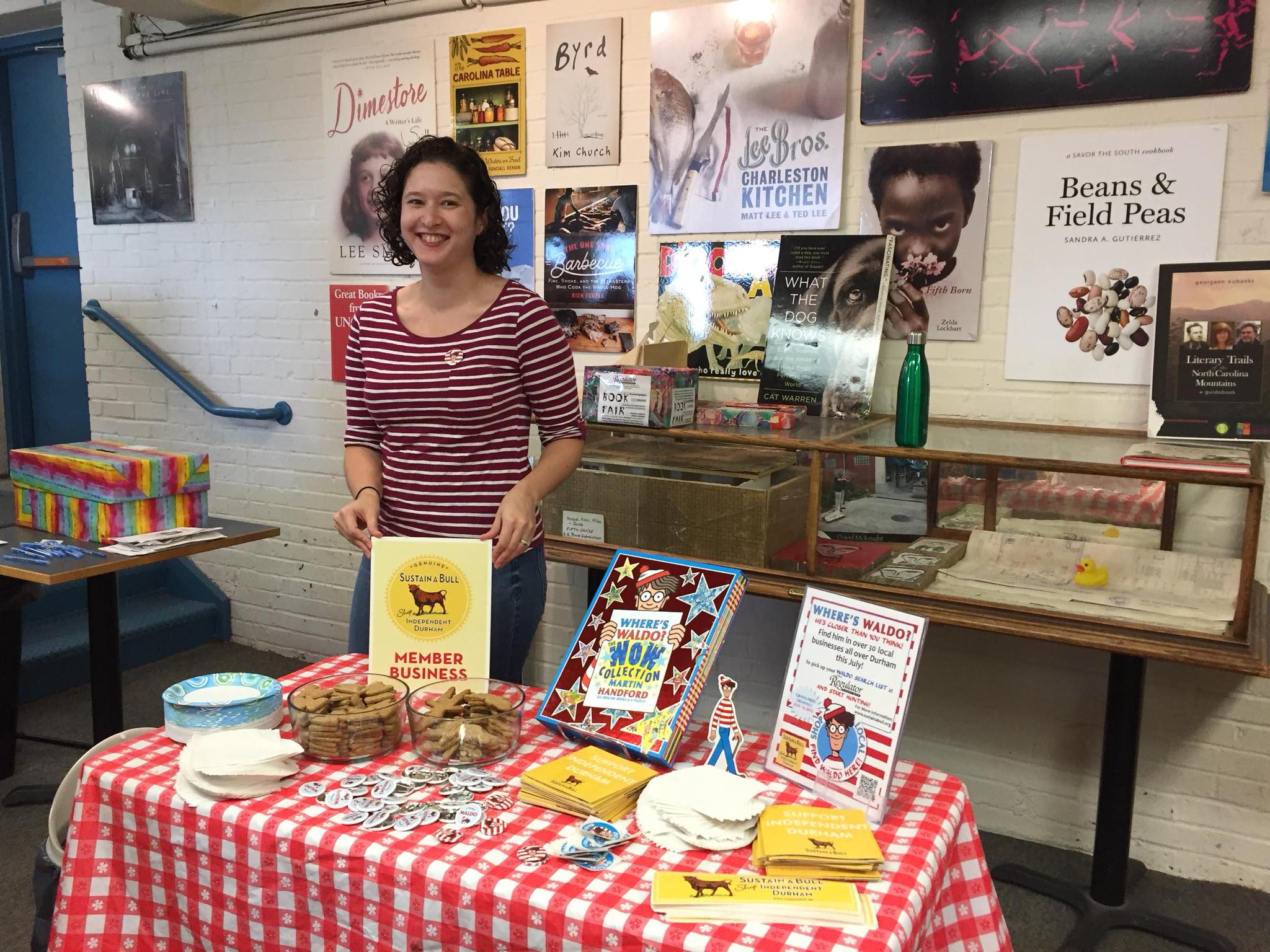 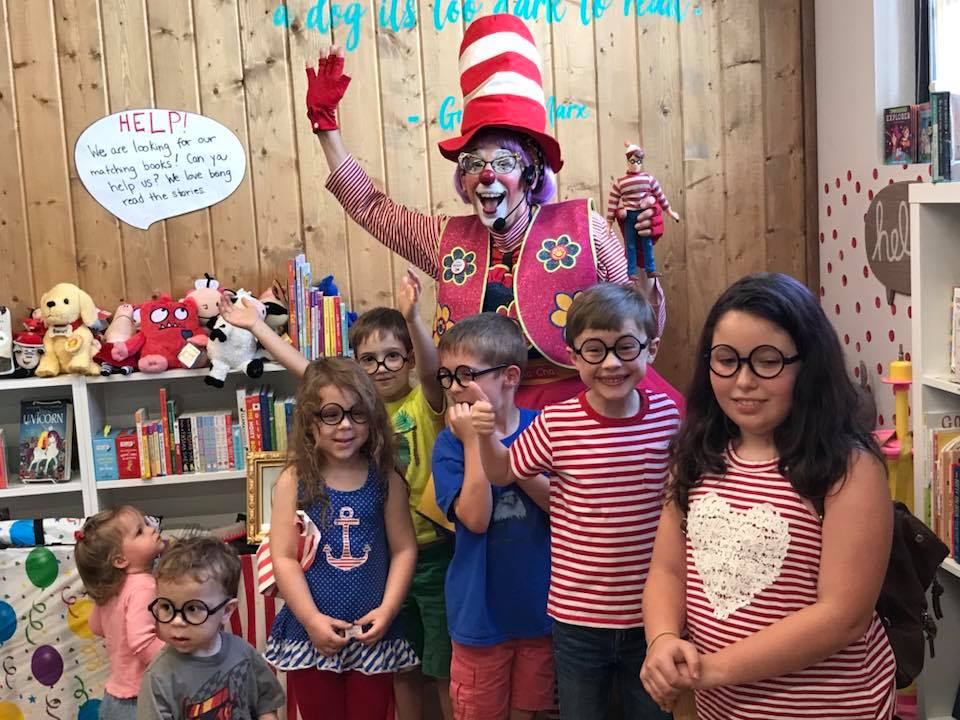 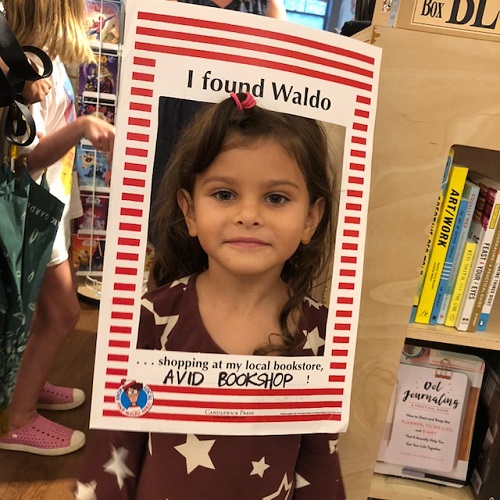 This July, independent booksellers across the U.S. celebrated another year of Find Waldo Local, the shop-local challenge co-sponsored by Candlewick Press and the American Booksellers Association. Over the past week, bookstores wrapped up the month of festivities with finale parties for participating community members of all ages.

The Find Waldo Local challenge, which invites children to pick up a passport at any of the 250 participating independent bookstores nationwide, leads participants through a scavenger hunt around their local downtown business district in search of the bespectacled picture-book character Waldo. For every six-inch Waldo standee spotted at a participating business, children earn stamps that can be used toward fun prizes given out at the host store’s final celebration.

For the past seven years, the annual Find Waldo Local celebration has not only brought exposure and new customers to local businesses, it has given communities a tradition to look forward to each year.

Candace Purdom, publicity and events coordinator at Anderson’s Bookshop, which has locations in Naperville, La Grange, and Downers Grove, Illinois, said, “The best part is the multi-generational aspect of it. All ages play the game. We laughed about a little boy, Max, and his grandma, who stopped in to play. His grandma was giving him hints because she spotted Waldo first. Waldo was found, but then Max started hiding himself, calling out to [his] grandma, ‘Where’s Max?’”

The yearly scavenger hunt is also popular in Athens, Georgia, where Avid Bookshop has capped participants at 25 businesses. “It’s become a little exclusive,” said Communications Director Rachel Watkins. “There are more businesses who want to participate than we can accommodate!”

Find Waldo Local isn’t just a fun event for bookstores, however, as Watkins noted that participation in the challenge benefits the wider community. “Every year, we have customers tell us that they discovered a new shop because of Waldo,” she said. “It’s a shared experience that isn’t on a screen, that people can enjoy together. Priceless!”

For Avid Bookshop, participation has even extended beyond its local community. “It’s been fun having customers go on vacation to other bookshops across America and come back and tell us they found Waldo in California, Ohio, or New York,” said Watkins.

In Yakima, Washington, Inklings Bookshop held the Find Waldo Local challenge along with 24 other businesses. Not only did they have a successful turnout at their final party on July 28 — more than 100 people were in attendance — but the store’s surrounding community enthusiastically brought attention to the event.

“One store, Ron’s Coin and Book, had Waldo painted on their window. Another, Yakima Bindery, hung Waldo from their ceiling,” said Emily Ring, events coordinator and manager at Inklings Bookshop. “And we all welcomed attendees to the party with chalk art.”

“We gave away a ton of prizes, including some wonderful ‘parent’ prizes (a beautiful flower arrangement, a gift bag of high-end bath and body products, a bottle of wine and gift card to a coffee shop) that were donated by participating businesses and given away as door prizes to adults who came to the Waldo party, as a recognition of the importance of their participation,” said Ring. “We also had enough prizes that every single kid who attended was able to leave with a prize, between door prizes, passport drawing prizes, and a grab bag of small goodies donated by several local businesses.”

While giving out prizes to participants is a mainstay of the Find Waldo Local challenge, the members of Bookshop Santa Cruz’s surrounding community wanted to give back to the coordinators of the event as well.

“At our final Waldo party, kids brought Waldo cookies and other presents as thank-yous for coordinating the program because they wait all year to participate,” said Casey Coonerty Protti, owner of the Santa Cruz, California, bookstore. “We had 28 downtown businesses participate and it was a great success. Passports are still coming in, but I would guess we’ll finish off with over 150 passports completed. Customers repeatedly ask for this program each year and both the participating businesses and the Downtown Association love the program.”

The booksellers at Bookshop Santa Cruz work to promote the challenge all month long. “We try to walk our Waldo around to local, participating businesses to take photos there to use on social media, which really engaged our customer base throughout the month,” Coonerty Protti said.

At the end of the month, the final party serves as an event that brings the community together; participants have the opportunity to hand out prizes to each other. “The best aspect to our party was when we asked kids to tell jokes in the microphone,” added Coonerty Protti. “And if they did, they pulled the name for the next raffle winner. Hilarity ensued!”

Alice Hutchinson, owner of Byrd’s Books in Bethel, Connecticut, told Bookselling This Week that 24 other local businesses participated in the Find Waldo Local challenge, as well as a member of their Chamber of Commerce.

Each year Byrd’s Books sees a strong turnout for the party they hold at the end of July. This year the store planned, among other festivities, a grand prize drawing for those who had their passports stamped or signed at 20 or more locations. “We typically have anywhere from 45 to 50 children and their families attend,” said Hutchinson; this year Waldo and Wenda also attended, as well as the town’s first selectman, who helped pull the winning tickets.

“My very favorite part of this year has been to see seven years of Waldo hunters grow up and stay excited about hunting for Waldo [during] the month of July,” added Hutchinson. “Happy kids — there is nothing better!”