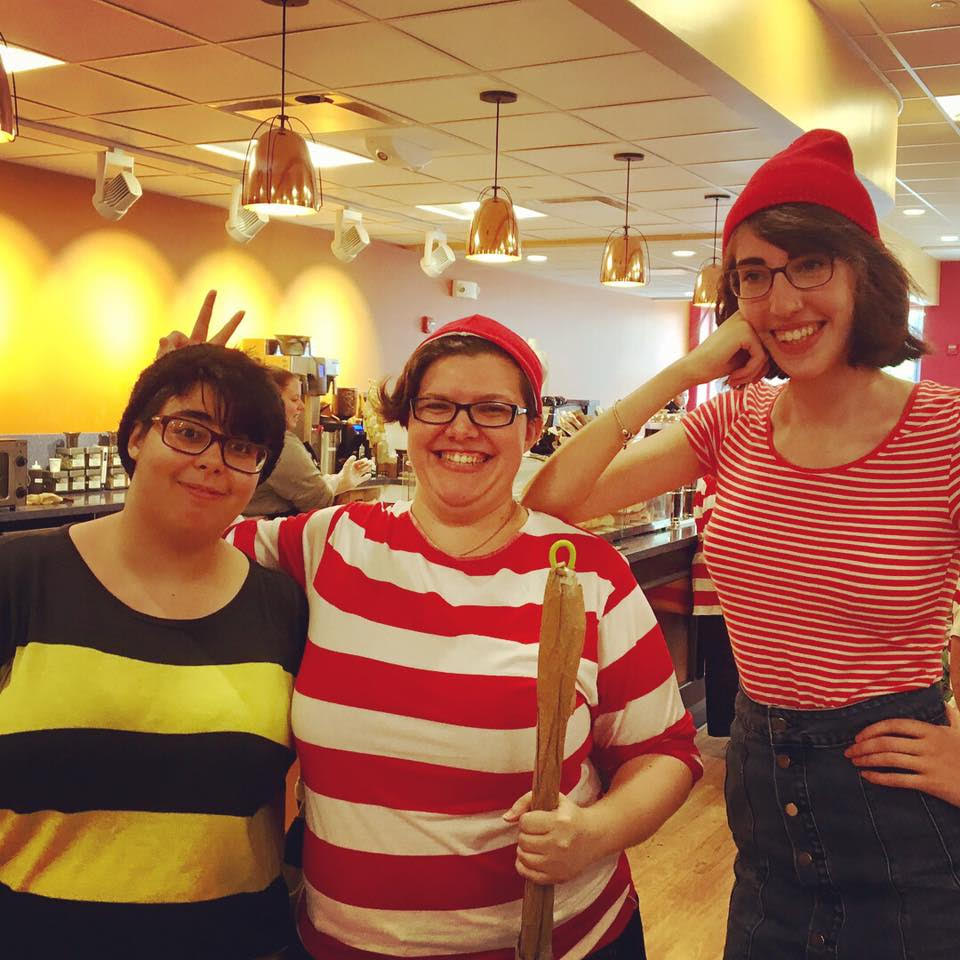 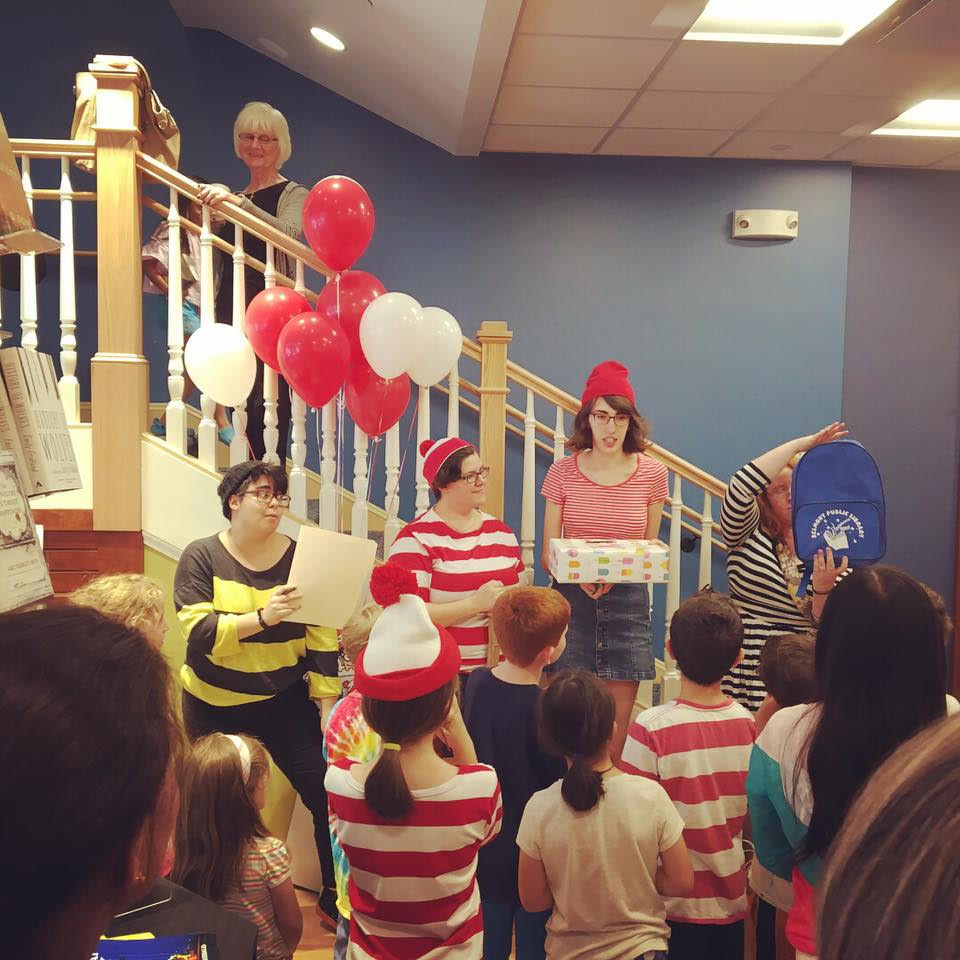 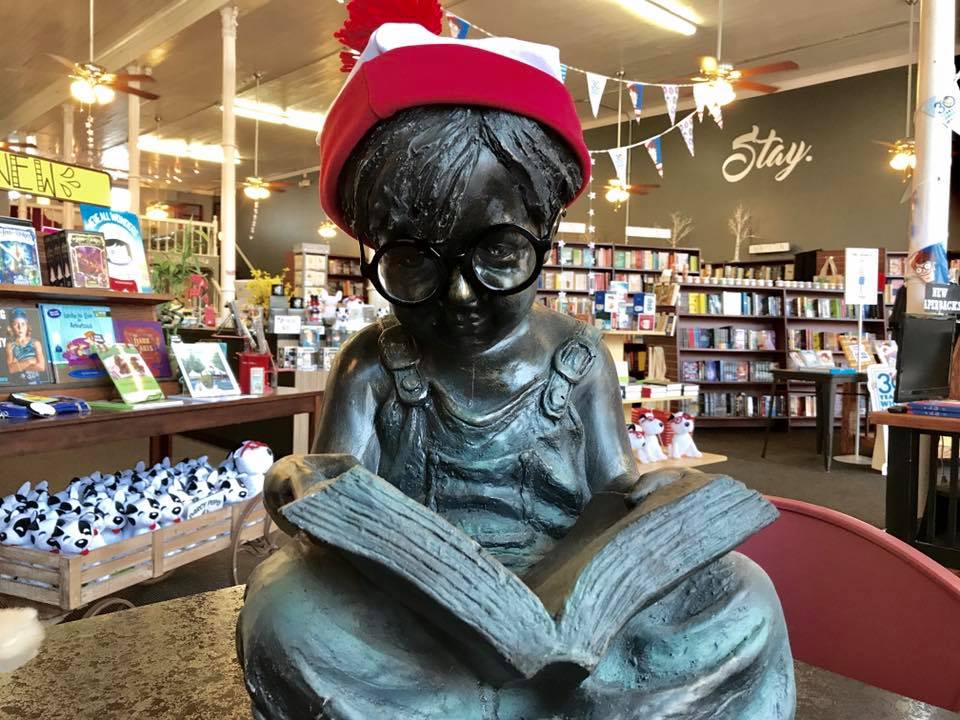 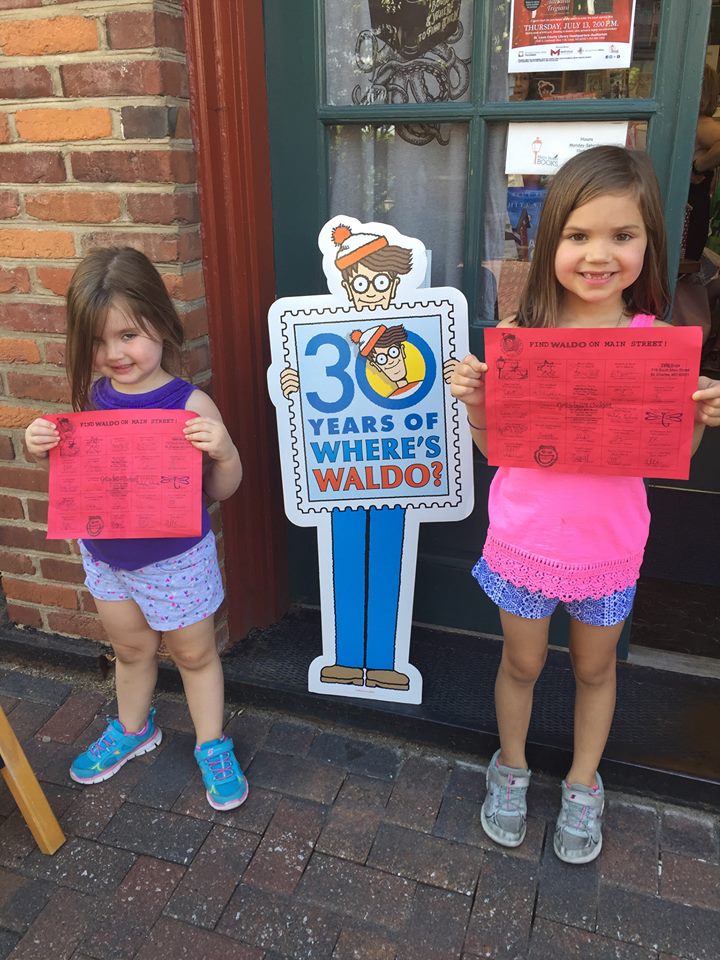 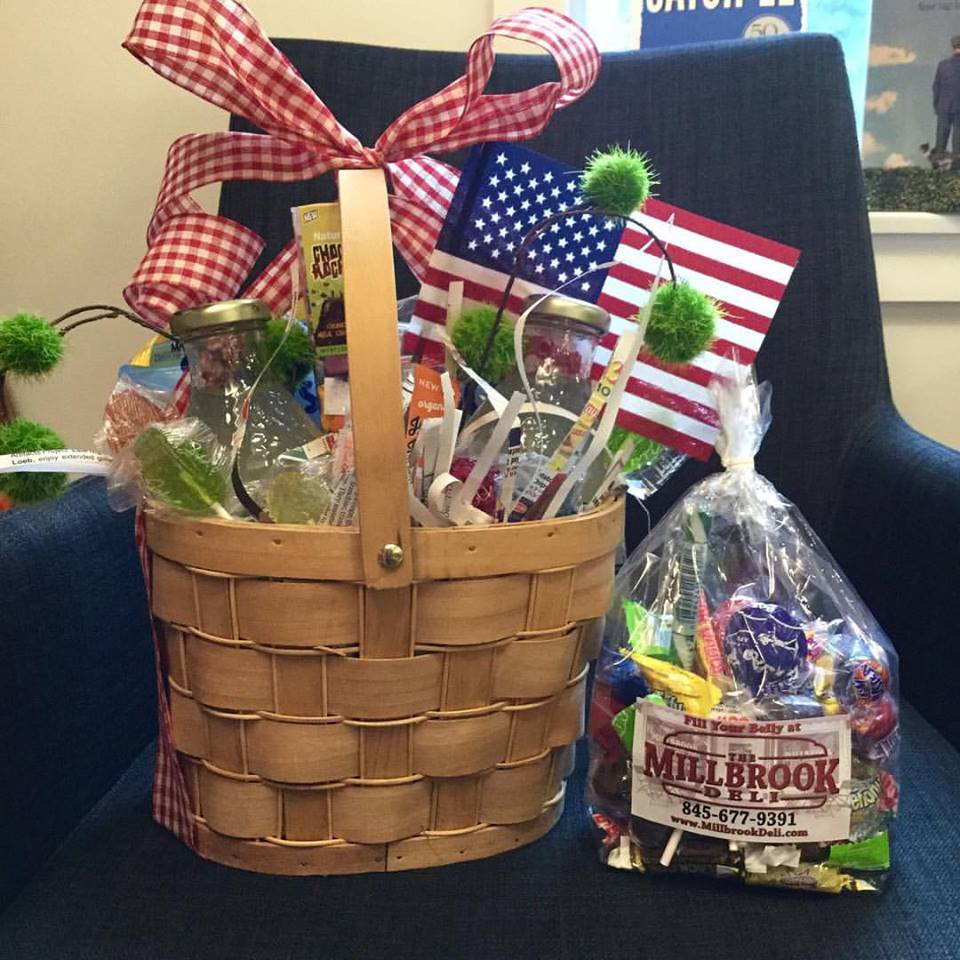 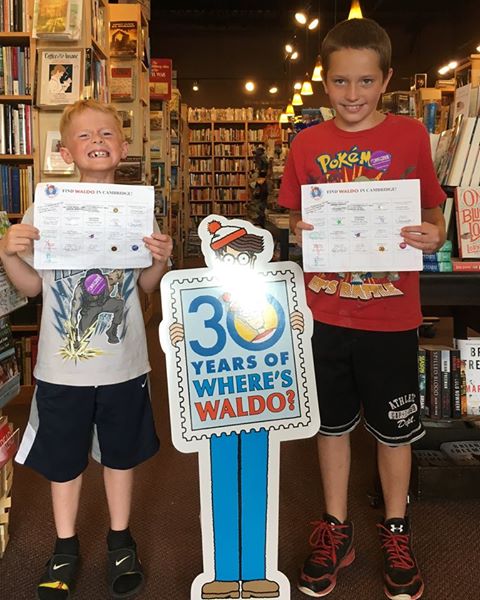 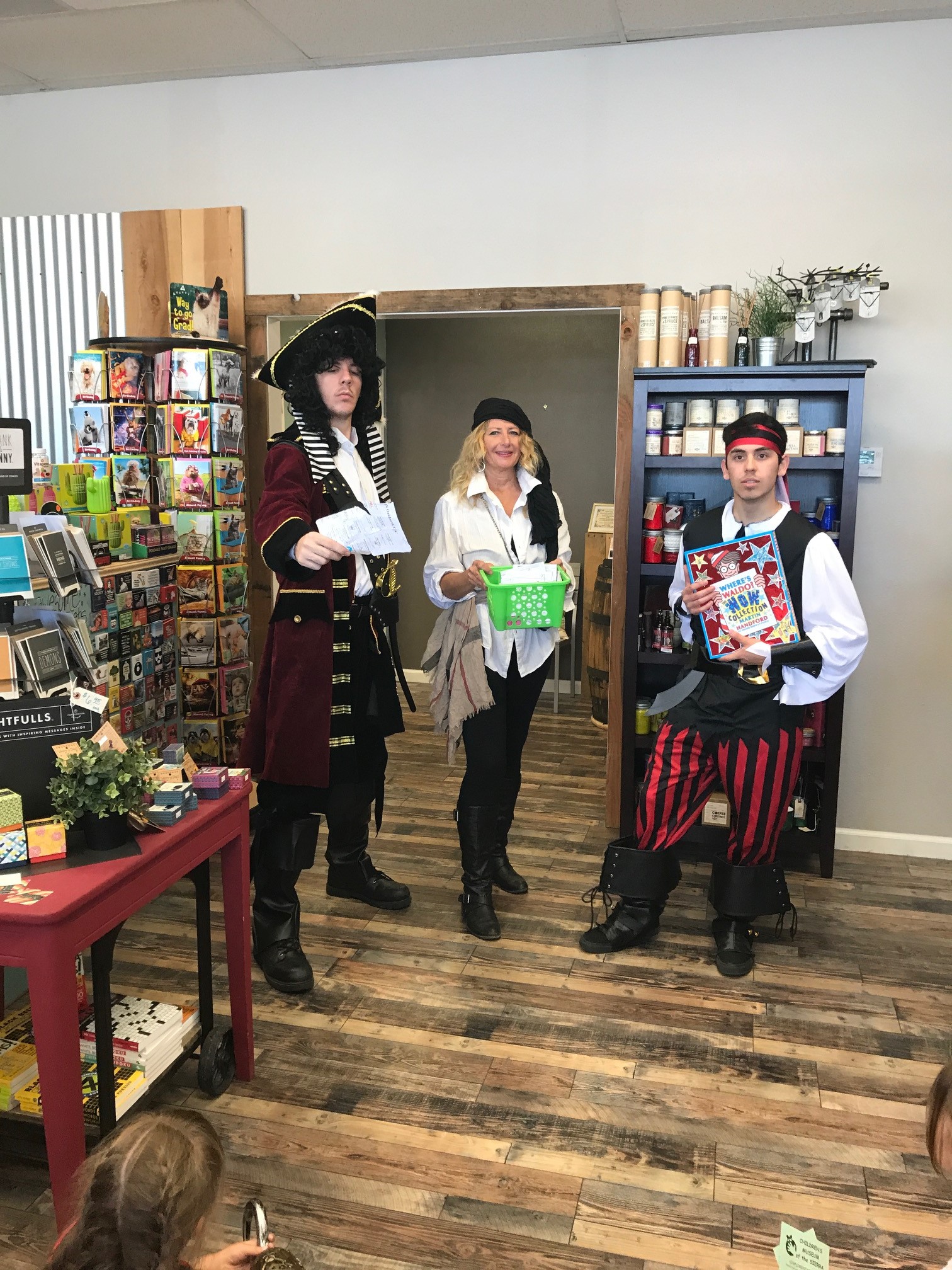 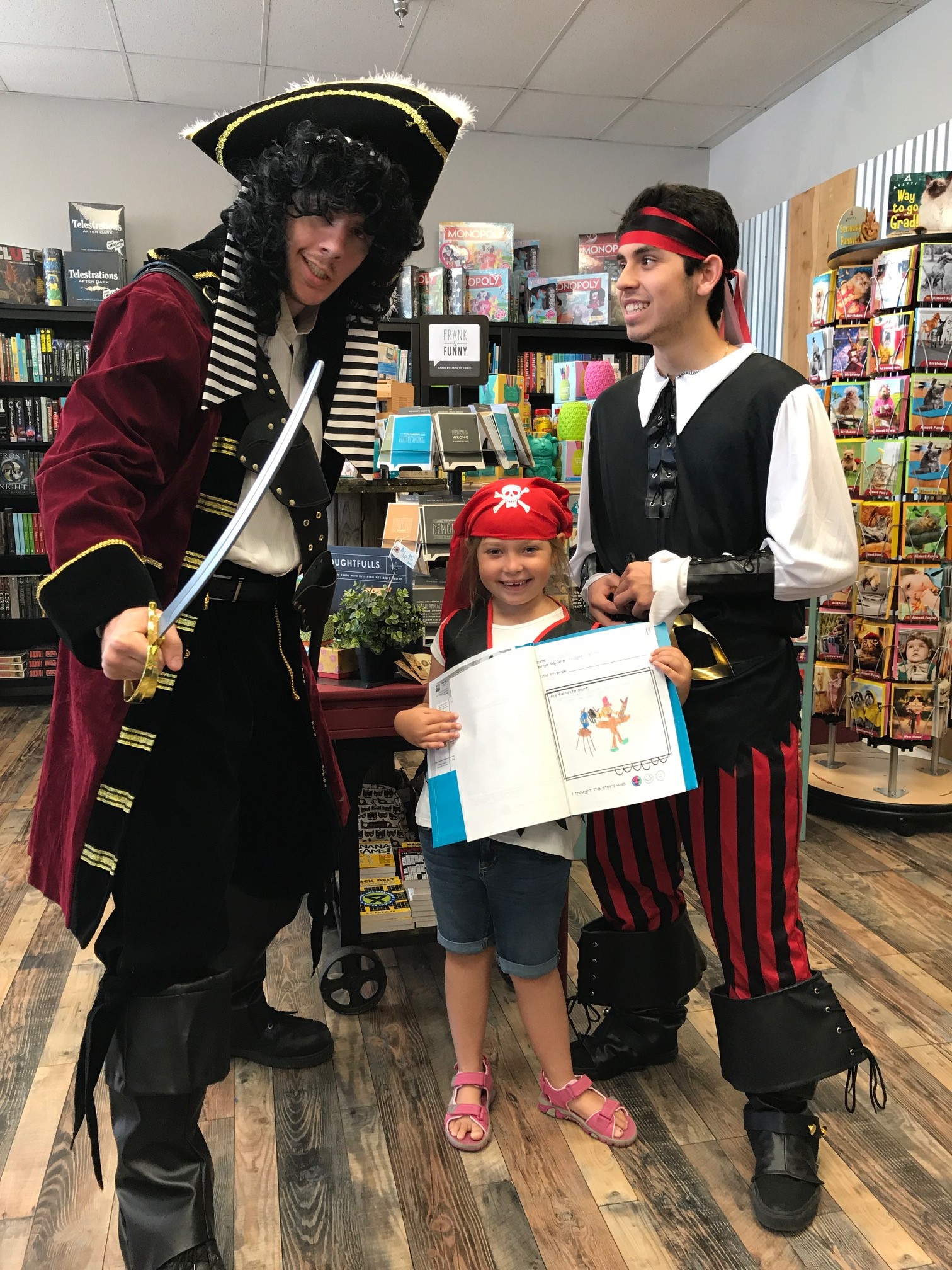 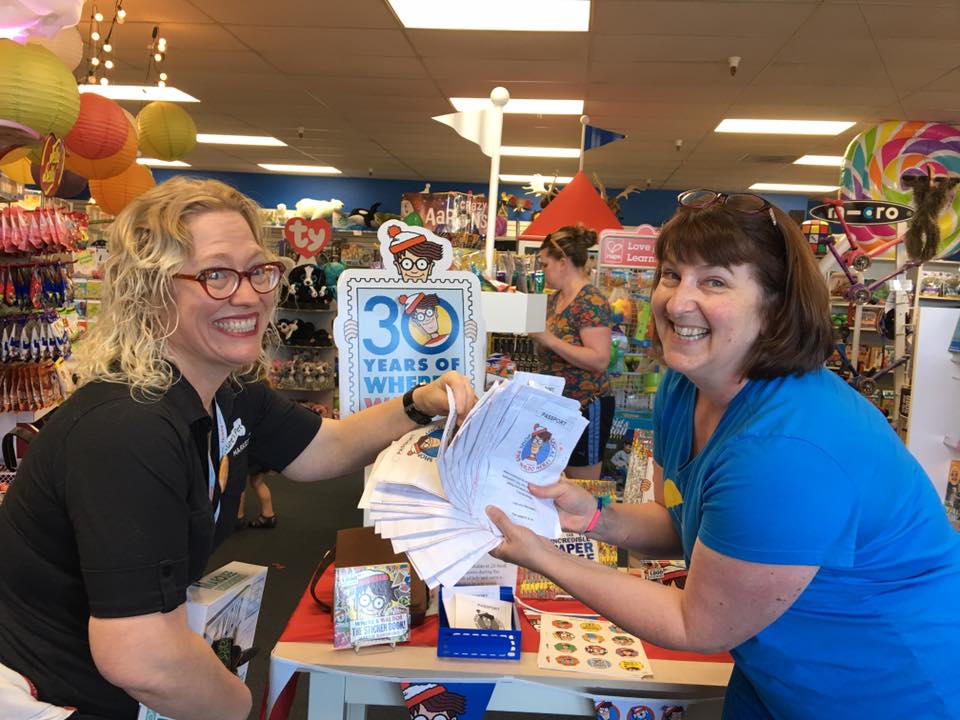 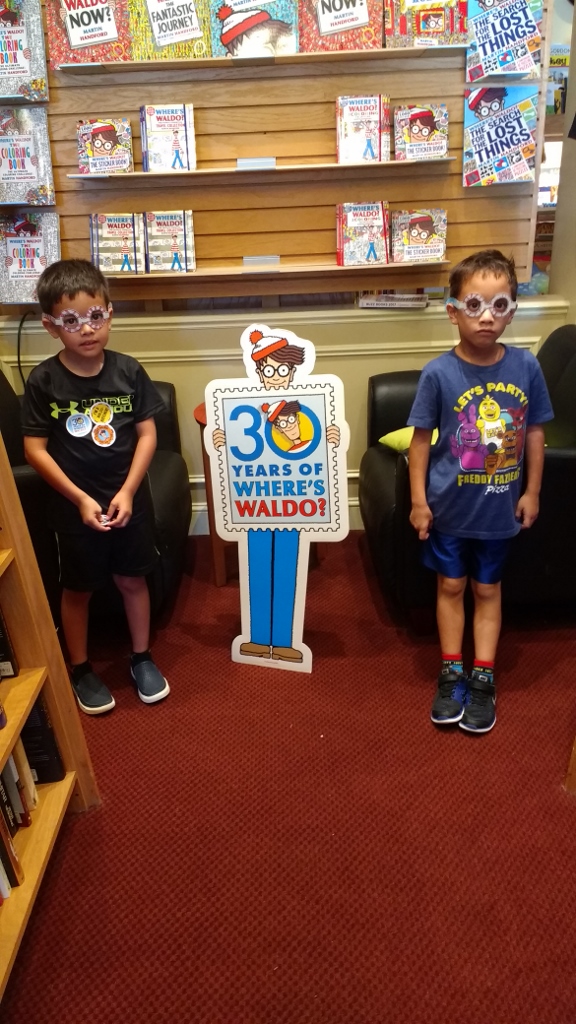 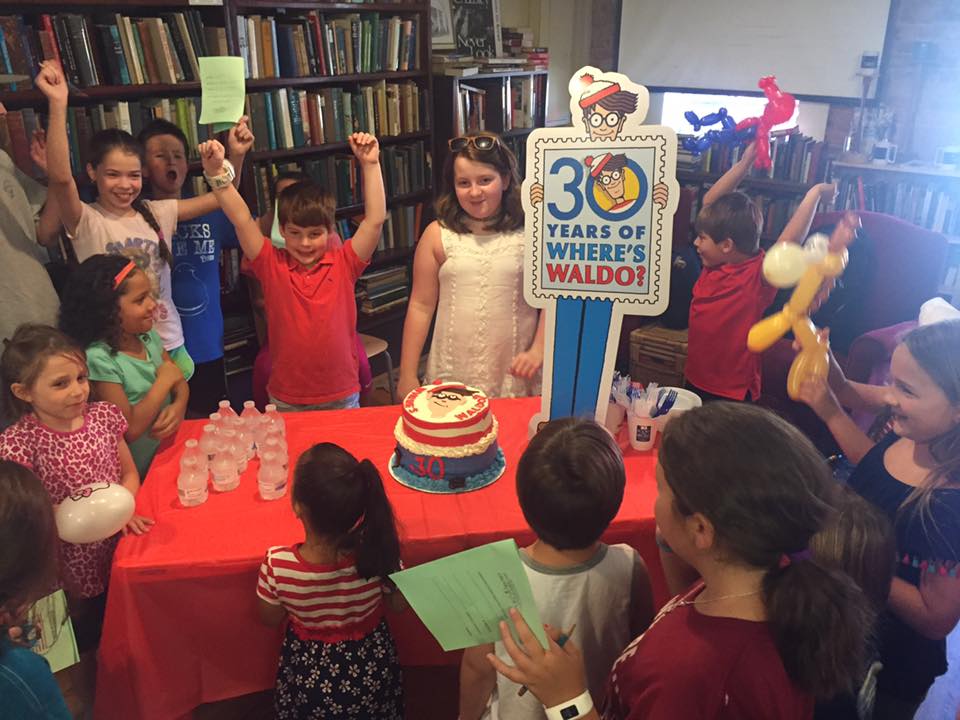 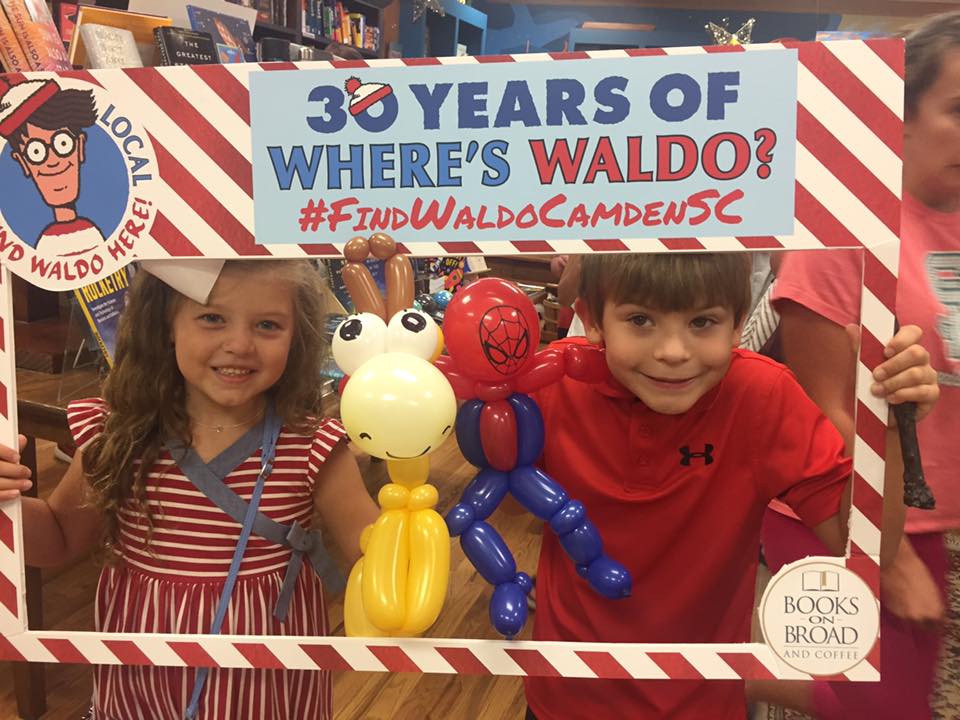 Independent booksellers celebrated the sixth anniversary of Find Waldo Local throughout the month of July, with many capping off the shop-local challenge with finale parties for participants.

Every year, Find Waldo Local invites children to pick up event passports at any of 250 participating indie bookstores across the country; the passports guide customers on scavenger hunts through local small business communities, as children and families seek the elusive bespectacled picture book character to earn stamps toward fun prizes. This year, the event, which is co-sponsored by Candlewick Press and the American Booksellers Association, also celebrated the 30th anniversary of the Where’s Waldo? series.

Belmont Books owner Chris Abouzeid said the Belmont, Massachusetts, store had about 50 people show up for the finale celebration this weekend, and at least a dozen more who initially came by just to shop but joined in the festivities anyway.

“Our Find Waldo Local event was huge fun,” said Abouzeid. “Three of our employees dressed up as Waldo, Wenda, and Odlaw [Waldo’s yellow-and-black-stripe-wearing nemesis] and led the kids in various games and activities, including ‘Waldo Says’ (like Simon Says) and making Where’s Waldo? bookmarks and stickers. We also had prizes for best costumes, drawings for the tons of gifts provided by local vendors, and free cake for everyone.”

“It was so fun to watch the kids tear through the store to search for Waldo, sometimes finding him immediately and sometimes wheedling hints out of the bookseller at the counter,” said Hall. “The other stores along Main Street that participated were pleased to be included and donated some wonderful items for the prize party,” which, said Hall, was attended by 17 kids.

At the party, one staff member dressed up as Waldo for photo ops and helped give out the prizes as participating children enjoyed cake.

“This is the fourth year we’ve participated in Find Waldo Local, and it has become an expected event here in St. Charles,” Hall added. “We get folks asking about it almost as soon as the current search has ended. We love participating, as does the community, and we’re excited to see what Candlewick has in store for us next year.”

Judith Kissner, owner of Scout & Morgan Books in Cambridge, Minnesota, said her store’s finale celebration on Saturday was very well attended. All of the businesses that participated this year were asked to donate prizes, including for a Waldo and Wenda costume contest, said Kissner.

“I have children who come up to me and give me a hug afterward, telling me they had such a good time,” said Kissner. “It’s one of those community-building things. We’re not a tourist town, so it is one of those important events, just like our summer reading program, that gets kids or families into your store that might not otherwise come. They come in for the passport, another time to turn the passport in, and a third time for the party.”

Kissner said Scout & Morgan reached out to the local chamber of commerce to help get the word out to businesses in town; 21 businesses ended up participating this year, which is the store’s third year as a host bookstore. In addition, said Kissner, more businesses gave out special gifts along the way this year, including sunglasses, balloons, and sample packs of games.

This year, bookseller Betsy Findtner of MudPuddles Toys & Books in Sherwood, Oregon, was in charge of organizing the store’s second annual Find Waldo Local challenge, with help from store owner Kate Noreen. This year’s challenge garnered more than 100 completed passports and attracted the participation of 20 local businesses, according to Findtner.

“Once passports were turned in to us, we gave the passport holder a MudPuddle Buck (worth a dollar in our store) and a participant button,” said Findtner. “Feedback from our searchers and their families has been very positive.

“Our local business owners have loved this experience,” she added. “Not only is it a great way for people to learn about what amazing resources our city has, but it’s also such a fun and positive family activity. We hope to continue to participate for years to come.”