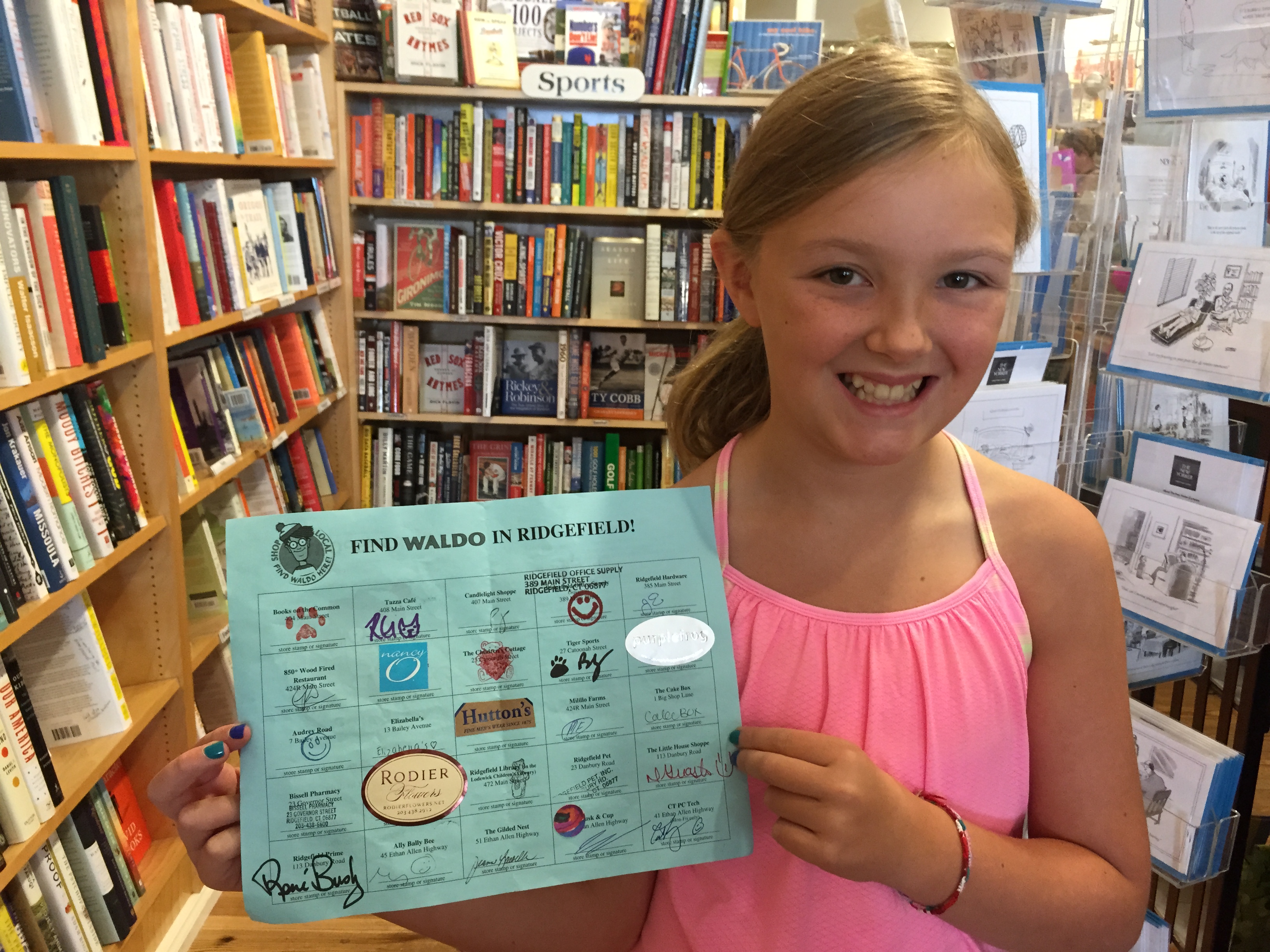 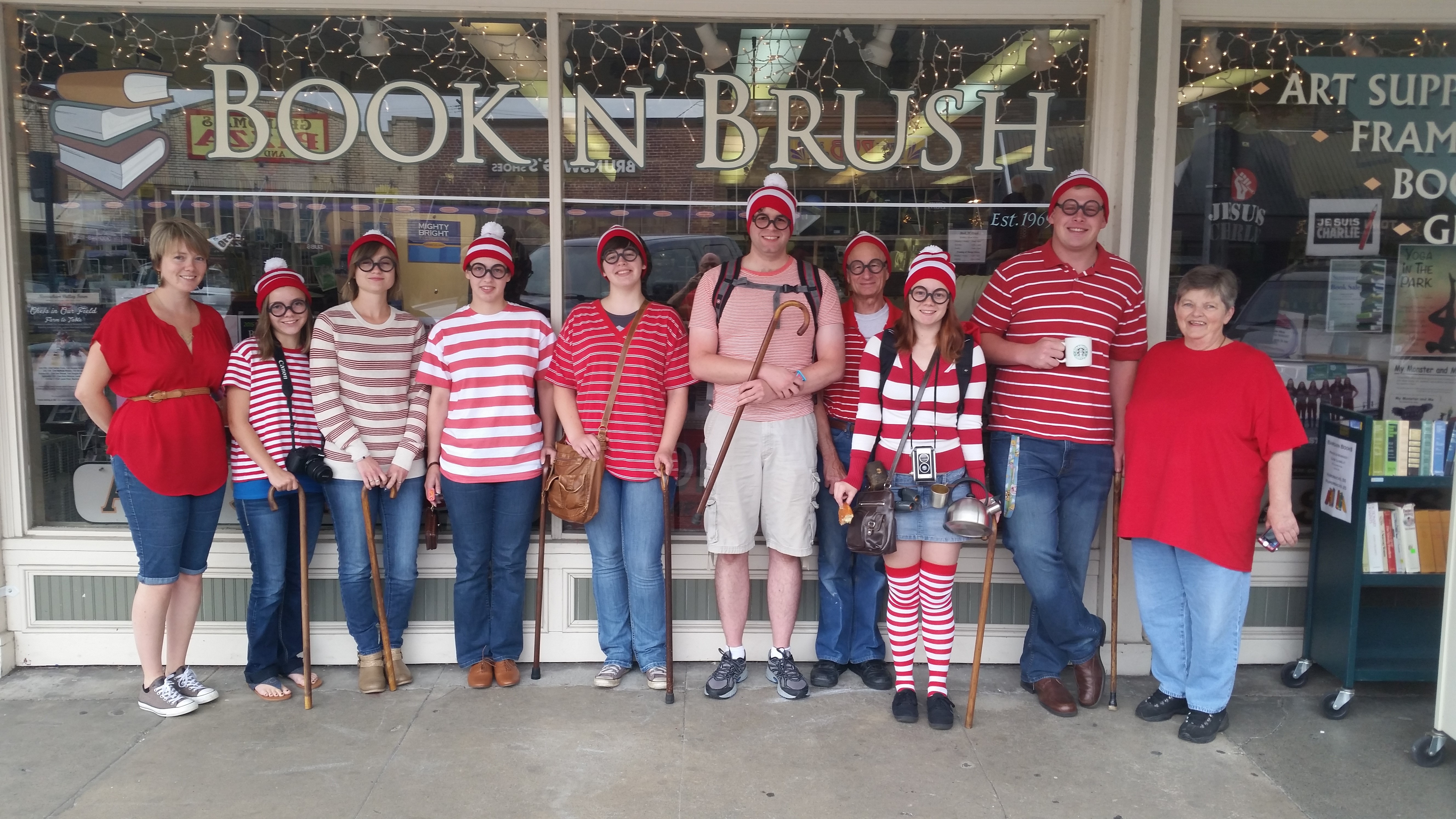 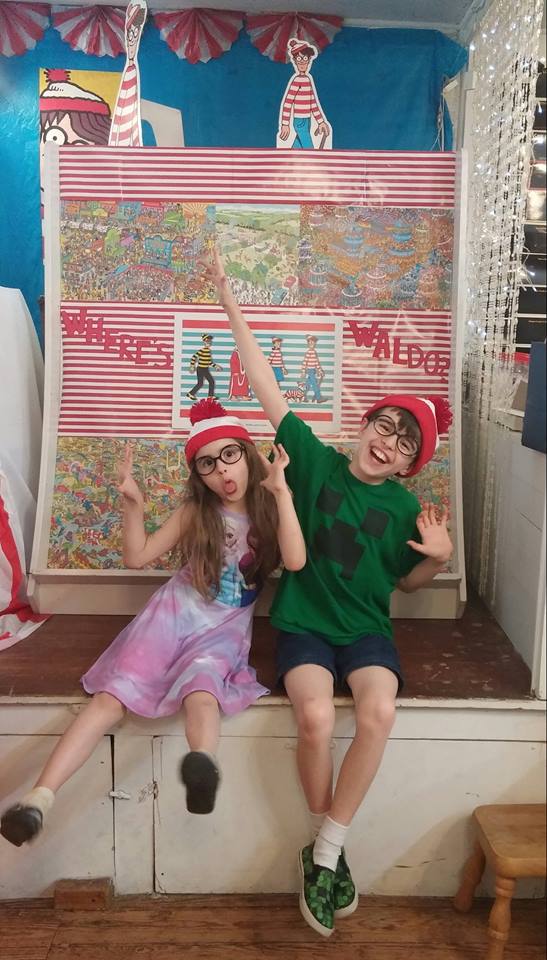 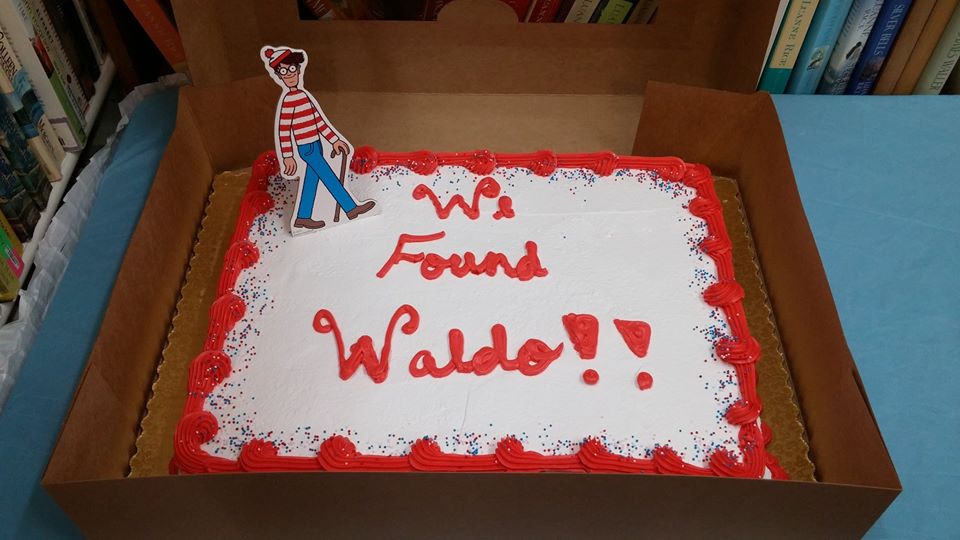 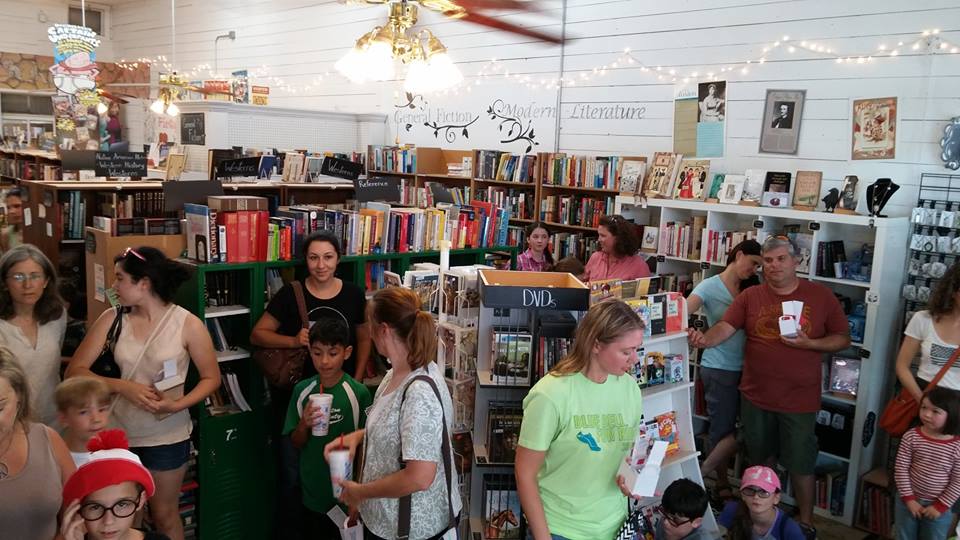 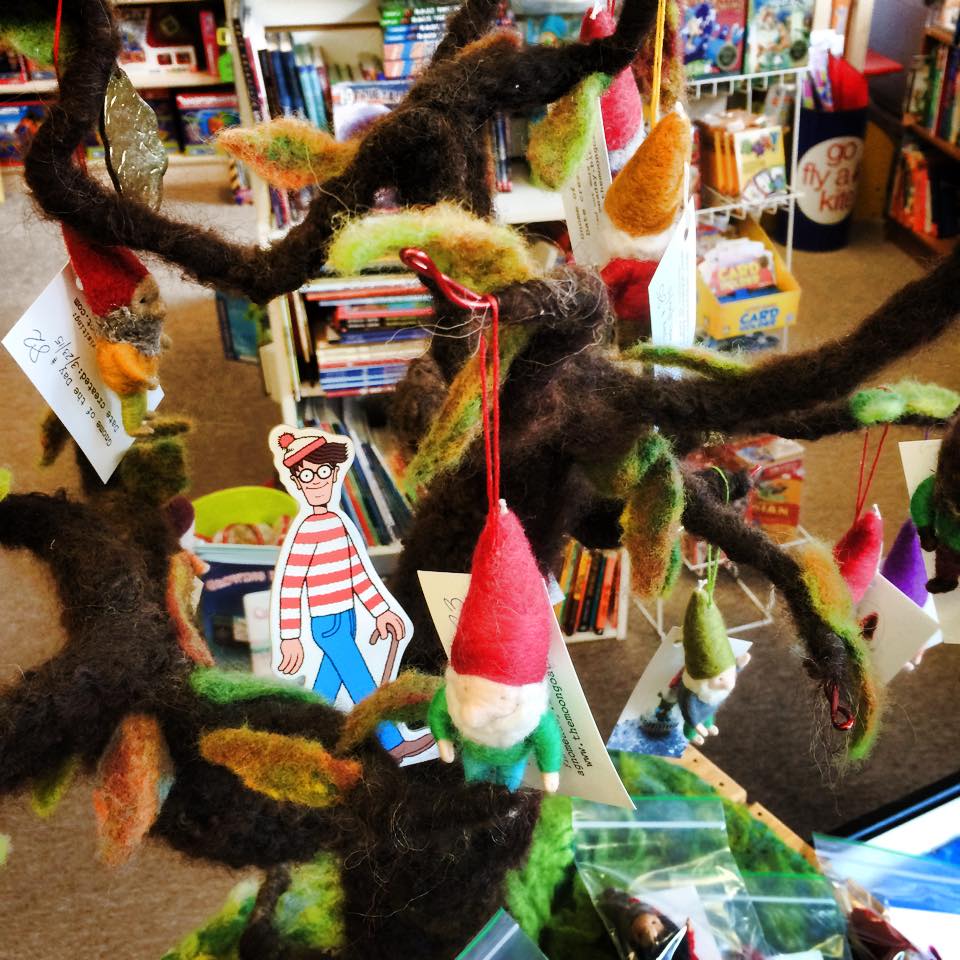 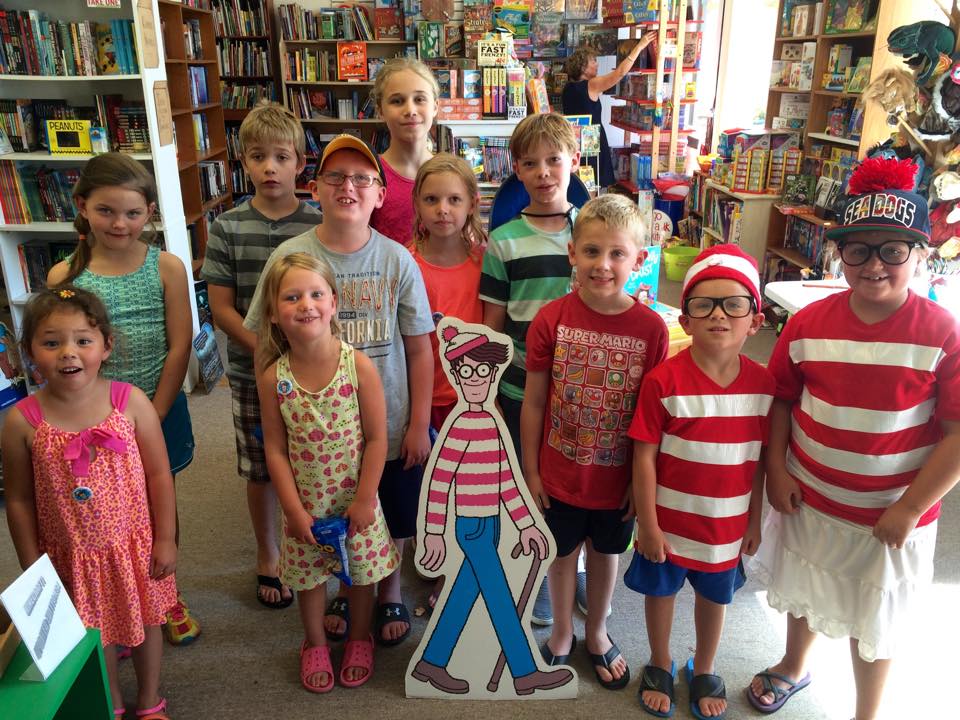 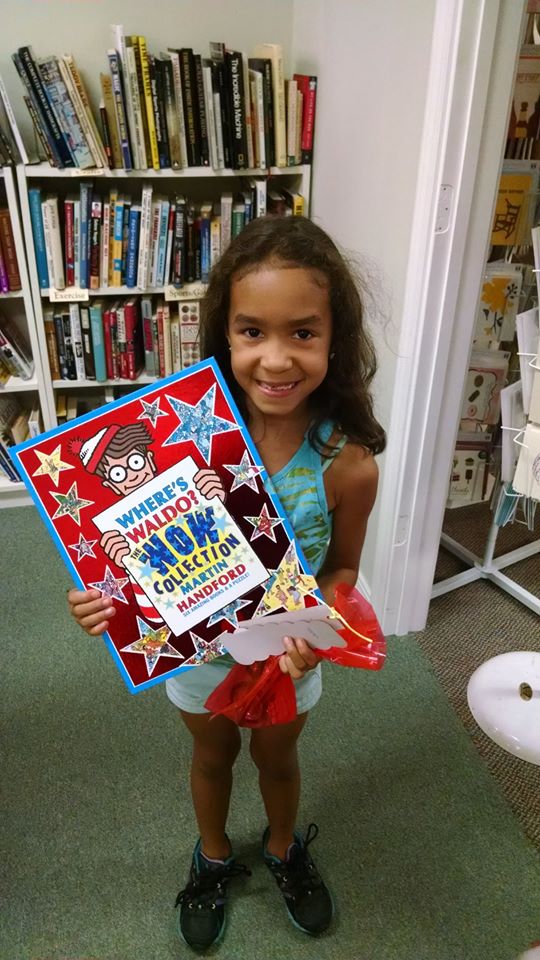 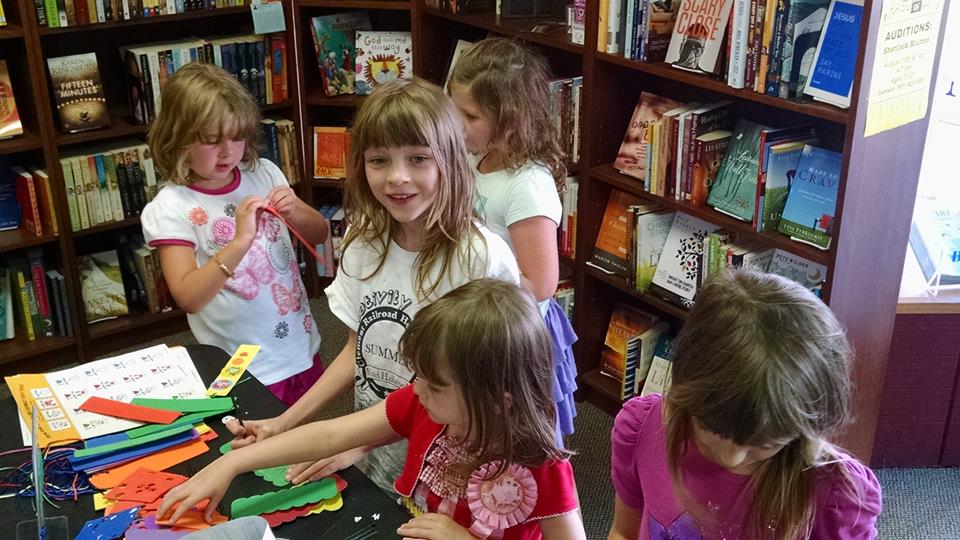 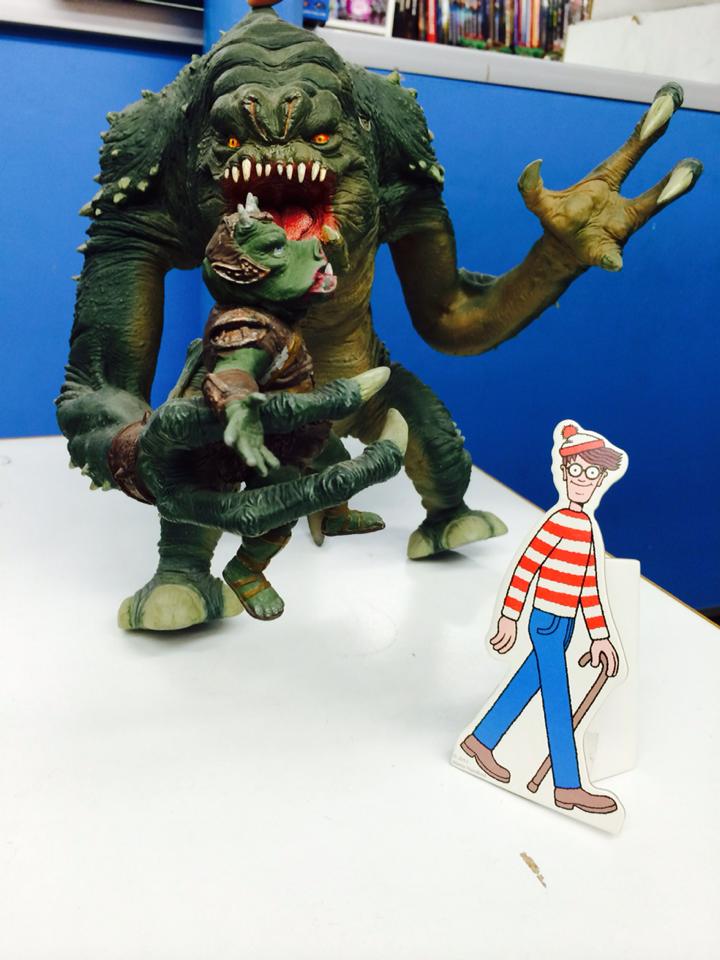 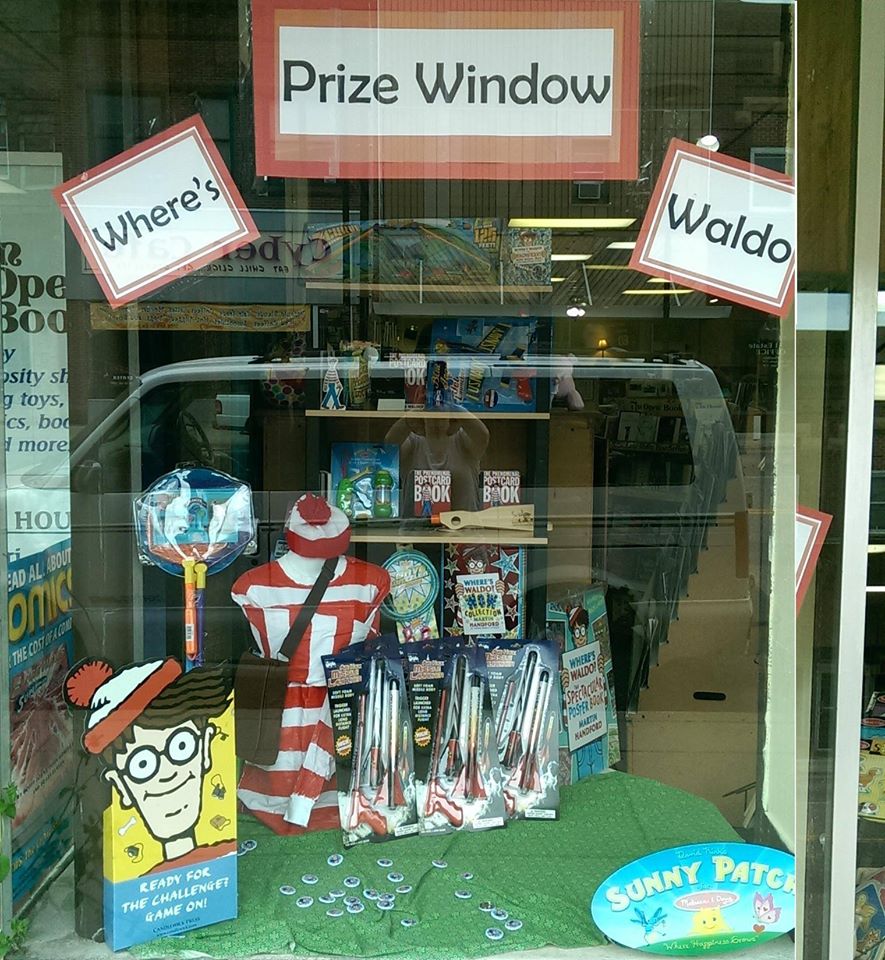 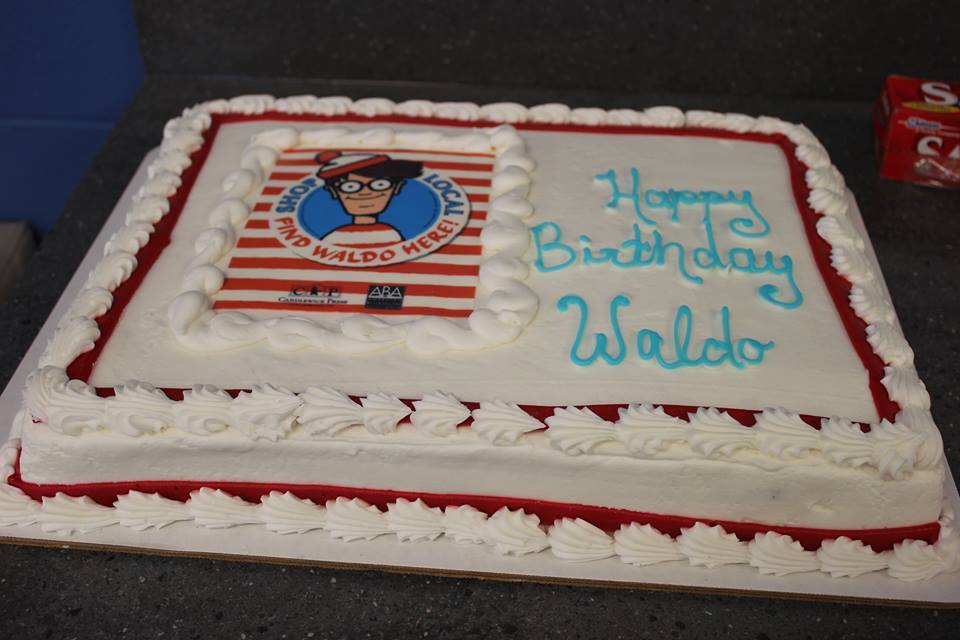 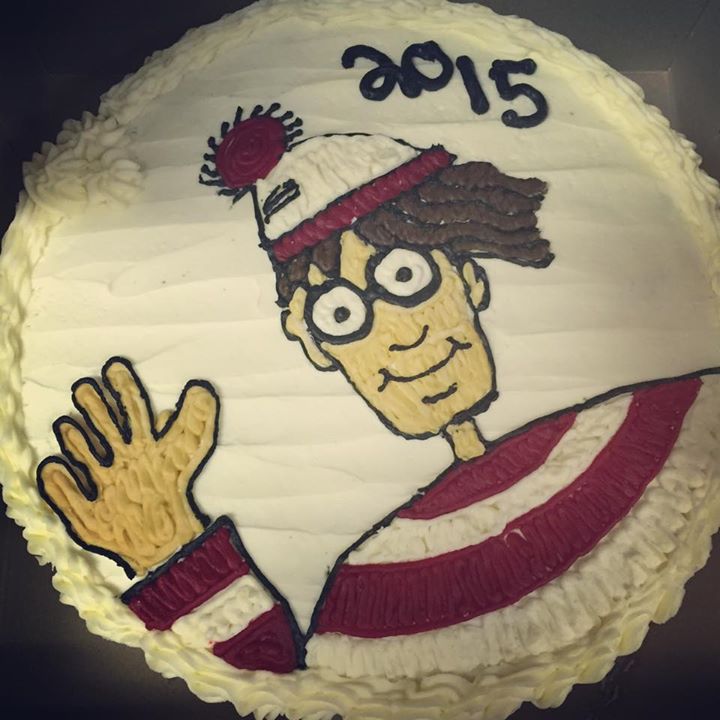 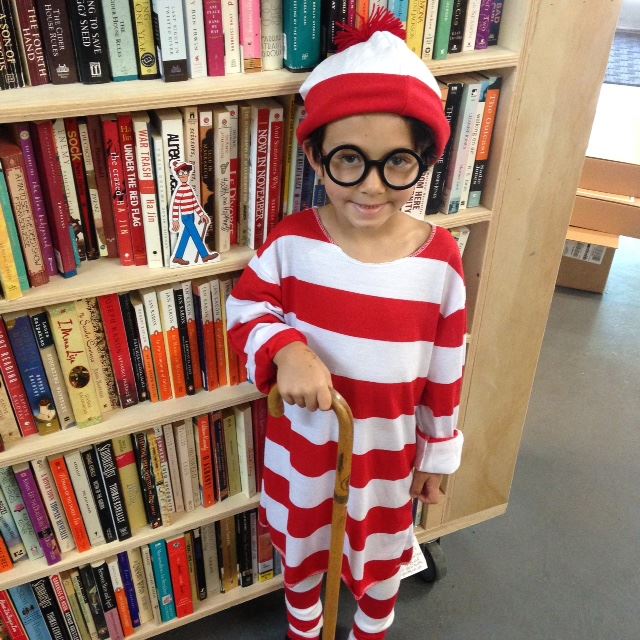 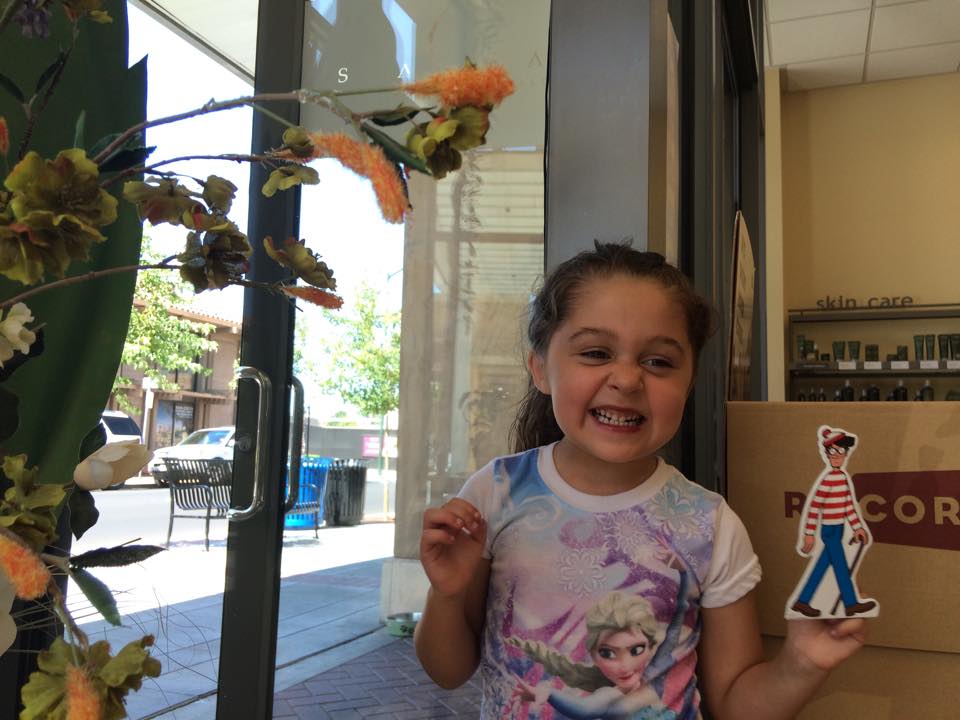 Find Waldo Local’s fourth year wrapped up last week after a month-long celebration of the shop local movement in downtown business districts across the country.

Co-sponsored by the American Booksellers Association and Where’s Waldo? publisher Candlewick Press, the program invited children to pick up passports at any of 250 participating bookstores throughout July and visit nearby businesses to hunt for the famous children’s book character in the striped shirt and black-rimmed specs, earning stamps to be redeemed for prizes along the way.

Books on the Common’s fourth year participating in the event turned out to be the best one so far, said store co-owner Ellen Burns. The Ridgefield, Connecticut, store had 500 children participate and gave away 30 prizes from local stores in its final raffle drawing. “This year was definitely the biggest and the most enthusiastic I’ve ever seen. It is very nice to see how excited the kids are,” she said.

“It’s really been great for the month of July. Ridgefield is not a vacation destination, but our sales this month are up more than five percent over last year,” said Burns, who got 23 other local businesses to participate. “July is usually a slow month. Sales are holding up, so we’re very happy with our results.”

“The first year we did it I was nervous asking other businesses to participate because I thought I was imposing. But it has become so successful that now other merchants ask to do it,” said Burns, adding that Ridgefield has a strong shop local movement through the chamber of commerce. “We selected merchants that are kid-oriented in the three different shopping locations in Ridgefield, with particular attention to newer businesses that people didn’t know about.”

“Partnering with our literacy council of Lewis County, we created a Live-Action Where’s Waldo Hunt to coincide with local community event Chehalis Fest on July 25,” said Maurer. On that day, Book ‘N’ Brush handed out more than 200 passports to children and adults, who got them stamped with vintage Waldo background stamps by eight volunteer Waldos stationed at various businesses and events, including at the local car show and history museum, at new businesses, and by artist representatives from the ARTrails program.

“Our sales doubled for a typical Saturday, and the event was a resounding success, with families already asking about next year and other local businesses requesting to be included,” Maurer said.

Stefani Snead Kelley, owner of The Book Nook in Brenham, Texas, said that although May and June were slow months for the store, due to the heat and decreased tourism after the sudden closure of the Bluebell Ice Cream factory, July sales reversed the trend.

“The last couple of months were bad, but July kind of turned it around, and I definitely think Waldo was a large part of that,” she said.

Kelley said 40 to 50 children showed up for the wrap-up party at her store, which had featured throughout the month a dress-up-like-Waldo photo booth for costumed fun. This year’s Find Waldo Local event, which was the store’s fourth, involved 24 stores, the most they’ve ever had, she said.

Stores donated raffle prizes, including a bluebonnet-themed gift from the Washington County Visitor Center, a dozen cookies from the Funky Art Café, owl notepads and pens from the fancy that! boutique, and a kids’ cooking set from local gift shop The Pomegranate.

Gibran Graham, marketing manager at The Briar Patch, a children’s book and toy store in Bangor, Maine, said to drum up that all-essential buzz in the months leading up to the event, he posted pictures throughout the store showing Waldo in different places and situations, and posed Waldo figures with other Candlewick books.

“When July 1 came around, we had some people who came to the store first thing in the morning. In fact, we had one person go through all 25 stores in just a few hours,” said Graham, who is also a city councilman with an interest in the revitalization of Bangor.

Throughout the month, kids, families and even entire summer camps would come into the store and make a day of it, Graham said. The Briar Patch periodically deployed Waldos to walk around town handing out passports and, on weekends, had a costumed Waldo lookalike visit the store, he said. Children showed up to the store’s wrap-up party dressed in full Waldo regalia, where they enjoyed refreshments and activity fun at a Waldo “creation station.”

Laura Hill, co-owner of Reading Rock Books in Dickson, Tennessee, which celebrates its seventh anniversary this month, said that the positive reaction from other local stores is one big reason they continue to do Find Waldo Local every year.

“Many of the other store owners said they saw so many people who had never been in their stores before. [Find Waldo Local] is just such a community-building thing,” said Hill, who has previously served on the board of directors of her town’s chamber of commerce. “It’s great when a bunch of small businesses can come together and share customers like that. It’s so helpful.”

Jesica DeHart, book buyer and Find Waldo Local organizer at BookPeople of Moscow in Moscow, Idaho, said this is the store’s fourth year doing the event. In its first year the store got about 100 people to come to its Waldo wrap-up party, but almost 300 people attended this year’s.

“I think one of the really tremendous things about [Waldo] is that it has just really endeared us into the hearts of the Moscow community, but also the Pullman community,” DeHart said, since BookPeople serves both the University of Idaho community in Moscow and the Washington State University community in Pullman, Washington. This year, people were only allowed a raffle ticket if they visited stores in each town, so businesses in both loved that, DeHart said; some even sent thank-you notes to the store.

“The absolute support of the local businesses has been huge,” DeHart said. “I think the gratitude and appreciation we got for putting something like this on in July was just amazing.”