Booksellers Give Back to Young Local Readers With “Ghost” Giveaway 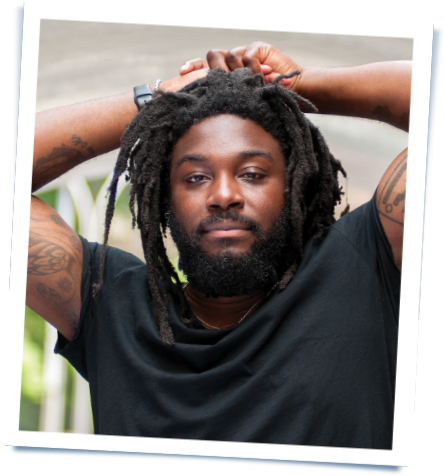 Award-winning author Reynolds is serving as the 2018 Indies First spokesperson, and to support his mission of providing children in underserved communities with access to books that reflect their own experiences, ABA and American Express are working together with Simon & Schuster Children’s Publishing on #IndiesGiveBack to donate 20,000 special-edition copies of Ghost, the first book in Reynolds’ New York Times bestselling Track series, on or around Small Business Saturday (November 24).

Bookseller Gwendolyn Baltera said that Buttonwood Books and Toys in Cohasset, Massachusetts, will be partnering with School on Wheels of Massachusetts to give the books to students in the region who have been impacted by homelessness.

“We’re partnering with School on Wheels to give books away to the students they work with. Some of the staff will be coming to the store on Small Business Saturday to tell the community more about their mission and the work they do and pick up the books,” said Baltera.

Christine Patrick, owner of Winchester Book Gallery in Winchester, Virginia, said her store is donating copies of Ghost to the students of Timber Ridge School, which, according to its website, “transforms the lives of emotionally disturbed and behaviorally disordered adolescent boys between the ages of 10 and 21 and in grades 6 to post-secondary, with a goal of reuniting them successfully with their families and communities.”

Brooke Conley told Bookselling This Week that, in fact, her store, The Collective in South Kingstown, Rhode Island, recently joined ABA specifically to be able to participate in the Ghost giveaway and do some good in her community.

“We are partnering with the Johnny Cake Center of Peace Dale to distribute the books to families who use the center,” said Conley. “The Johnny Cake Center is directly across from our store and is a vital part of how we take care of each other in our little neighborhood. We will be including crafts and games as part of our event and possibly Santa, and we’re meeting next week with Johnny Cake staff and volunteers to hammer out details.”

Mike Russo, owner of Russo’s Books in Bakersfield, California, said he has ordered 72 books, enough for two middle school classrooms in the Bakersfield City School District to use in their upcoming literature unit.

“One of the teachers has been using Ghost in small groups as part of an after-school book club and had been planning on buying a class set, so he saw it as fate when we offered to donate the titles,” said Russo, “Our social media manager, Jason Frost, and my father, Tony Russo, will do a brief classroom presentation to the students letting them know the importance of reading and the thrill of Ghost.”

Janet Bibeau, owner of Storybook Cove in Hanover, Massachusetts, said her store is donating copies of Ghost to the South Shore Charter Public School in nearby Norwell. Storybook Cove has worked with the regional public charter school for several years now, providing the books for their Library Fund Fall Book Fair Fundraiser as well as their summer reading books for sale at the school.

“The seventh and eighth grade students are going to receive the books on the Wednesday before Thanksgiving, and they’re working on projects to support the themes of the book,” Bibeau said.

Maureen Palacios, who owns Once Upon a Time in Montrose, California, told BTW she ordered her copies of Ghost with the idea that customers could “sponsor” cartons to be given away to multiple schools.

“Once Upon a Time, with help from its customers via a GoFundMe page, is delighted to be donating 1,000 copies of Ghost to Los Angeles-area students who may not have access to books,” said Palacios. “We sincerely thank Jason Reynolds, Simon & Schuster, ABA, and American Express for giving indies this extremely generous opportunity to make a difference in underserved communities.”

In addition, #IndiesGiveBack bookseller participants received an e-mail last week with a form that booksellers can fill out to submit a proposal for Reynolds to visit their community in spring 2019 for an event with Title I students as well as a second open-to-the-public event. The deadline to submit is Monday, December 10.