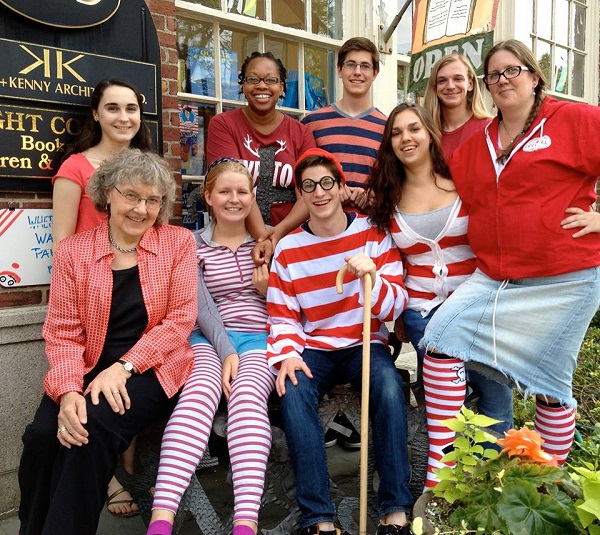 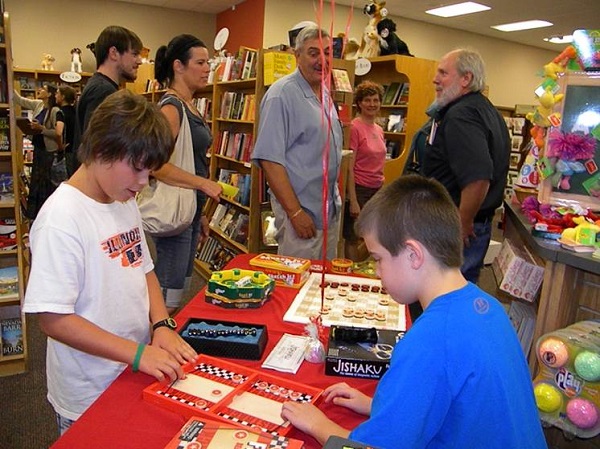 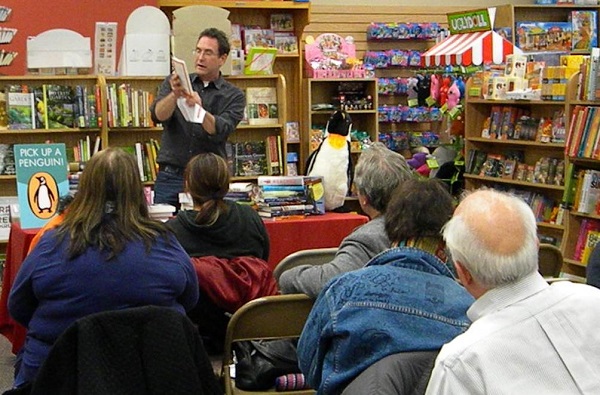 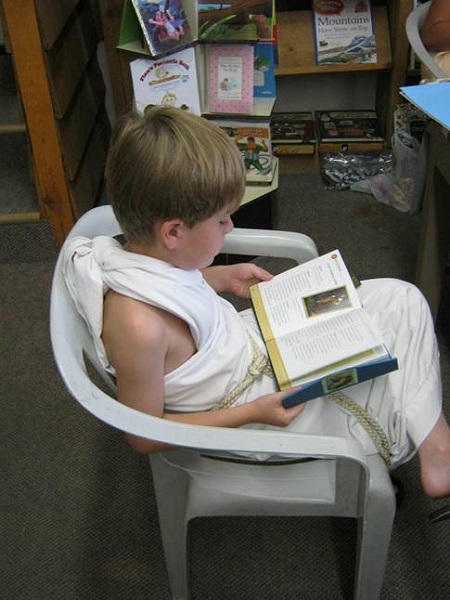 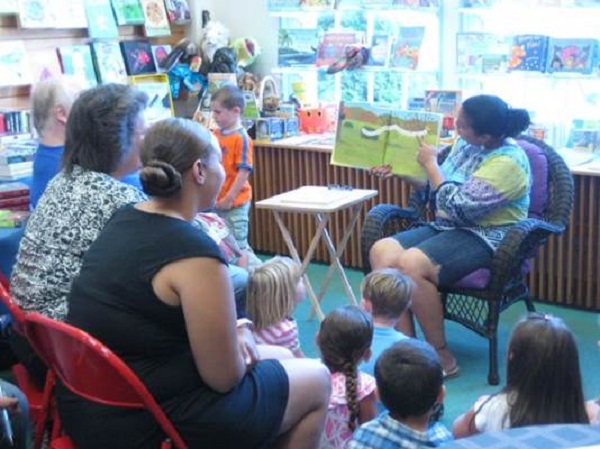 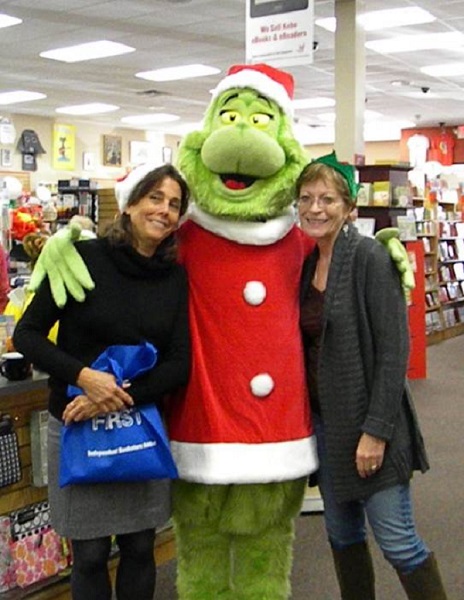 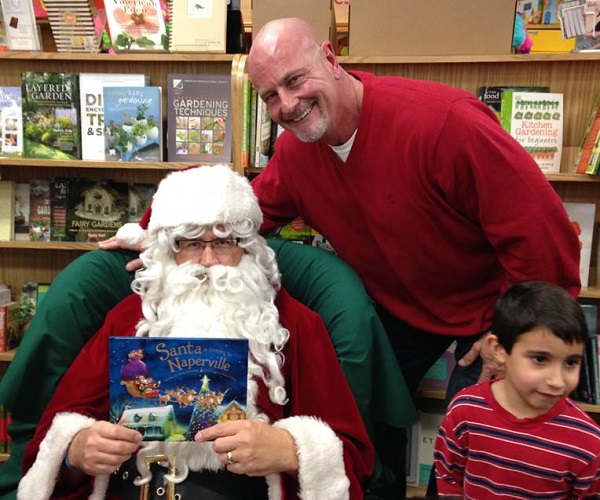 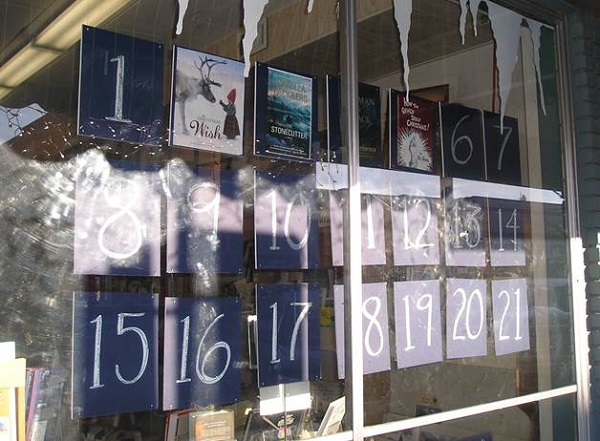 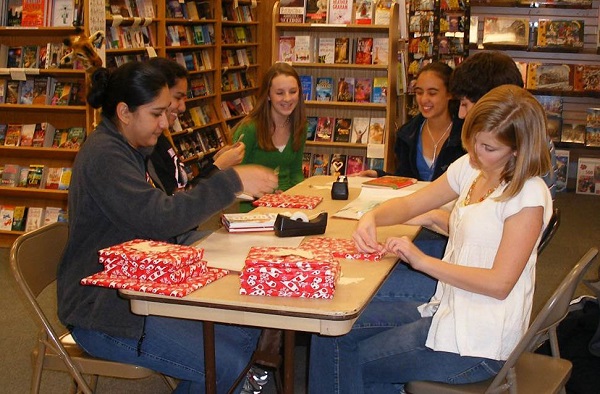 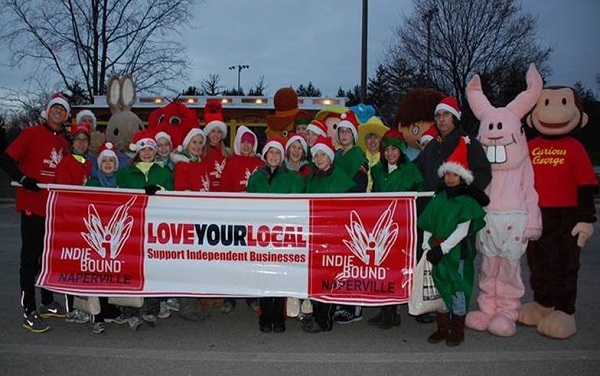 At the Winter Institute session “ABC Group Presents: A Year of In-Store Promotions,” Becky Anderson, co-owner of Anderson’s Bookshops in Naperville, Illinois; Sara Hines, publicity and programs manager at Eight Cousins in Falmouth, Massachusetts; and Mara Lynn Luther, co-owner and children’s buyer at Chapter One Book Store in Hamilton, Montana, offered an array of children’s book-inspired ideas and events for drawing customers to their stores throughout the calendar year.

All three booksellers noted their stores’ participation in the year-round Indies Introduce Debut Authors and New Voices promotion, which features a selection of 10 adult and 10 children’s debut titles chosen by committees of independent booksellers. Hines, who served on the children’s New Voices committee, said that the panel put a lot of effort and thought into choosing books that would shine this spring. “By the time we got to the end, we’d really picked the best of the books,” she said.

For Valentine’s Day, Anderson’s sends out gift cards to customers who have tallied the most purchases during the previous calendar year. “It’s really rewarding those customers who come in all the time,” said Anderson, because the cards, which come with a handwritten note, can be worth as much as $25 or $50.

This April, for National Poetry Month, Chapter One will welcome children of all ages to a poetry night, which will feature a stage and microphone for readings. Eight Cousins recently unearthed a set of oversized magnetic poetry and has placed it in the front window for people to play with and take pictures of. Anderson’s does a poetry display every year and has hosted all-ages poetry slams in the past, complete with kids dressed up as beat poets.

One way to approach in-store promotions, said Anderson, is to consider “things that we do in the store without a live author,” such as the “Give Me Summer! Give Me Books!” reading program, which the ABC Group launched last spring. Anderson’s advertises the program by handing out bookmarks in the store and in area schools. The bookmarks are designed by ABA and are editable so stores can add their logos and addresses. At Anderson’s, children must make two book purchases during the course of the program to be eligible for prizes, which include bookstore dollars and ARCs. Adults can participate by attending events throughout the summer to receive a T-shirt.

The Find Waldo Local campaign, co-sponsored by ABA and Candlewick Press, which is returning for its third year this July, was cited as a popular promotion by many session attendees. The campaign grew out of a Waldo event first staged by Eight Cousins in 2011.  To participate in this year’s event, stores must sign up by March 15.  “People have really taken to Waldo and there has been such enthusiasm for it,” said Hines. “This is really such a great opportunity to collaborate with businesses.”

Summer is prime time for book camps, and Luther runs several at Chapter One. For one, she took over the children’s section and marched the kids into a tent set up on the floor for story time. For a writer’s camp, she brought in a typewriter on which kids took turns writing sentences to create a story.

Chapter One has hosted book camp events based on Rick Riordan’s Percy Jackson series (Disney-Hyperion), the Ranger’s Apprentice series by John Flanagan (Penguin), and the I Survived series by Lauren Tarshis (Scholastic). For events that include a book, the store charges the price of the book and the materials involved.  At Anderson’s, kids can participate in a science camp and a nearby historic settlement is allowing the store to run a Divergent camp this year, to play off Veronica Roth’s popular series (HarperCollins).

When back-to-school season hits, Eight Cousins hosts a kindergarten social to give children the opportunity to enjoy story time with a guest kindergarten teacher and other children who are starting school. “They’re not really meeting each other but sort of seeing that there are other kids who are getting ready to start this experience,” said Hines. The children go home with a small gift bag that includes ideas for parents to help make the beginning weeks of school less intimidating.

Anderson’s hosts events for teachers, including STEM (science, technology, engineering, and math) talks, Common Core nights, and teacher open houses. For teacher open houses, held in September or early October, Anderson’s gives away materials and offers discounts and raffles, and does it all based on reservations because of the popularity of the sessions. “Those always are very, very well attended and they sell out,” said Anderson.

During the holidays, Anderson’s works with local charities through its Book Angel program. Customers can purchase a book at a discount that will be donated to a child in need, and volunteers gather to gift wrap the books before sending them off to the charities. The volunteers are often members of a children’s group, such as the Girl Scouts or a school sports team or club, who collect customer tips as donations.

In addition, Anderson’s spearheaded a community “Grow Your Heart Three Sizes” campaign, based on the Dr. Seuss book How the Grinch Stole Christmas (Random House Children’s Books). Children and customers of all ages were encouraged to do good deeds and to shop local and were entered into a drawing for prizes.

Last year, Chapter One built a holiday advent calendar in the store’s front window and revealed a new book each day. Customers curious about the book of the day were required visit the store to discover it, and titles on the calendar were offered at a 10 percent discount.

Throughout the year, Anderson’s participates in town-organized parades, including celebrations for Saint Patrick’s Day, Labor Day, and the winter holiday season. Bookstore staff members usually don character costumes for these events and march with other independent businesspeople carrying an IndieBound banner and passing out bookmarks. After the parades, the group returns to the store to continue the celebration.

Anderson’s also hosts game nights, which bring in lots of families, Anderson said. And sometimes publisher sales reps are invited to the store to discuss the book business and new titles with customers. “It’s a great way to extend that knowledge of what book publishing is all about and to hear it straight from the experts who are selling the books,” she said.