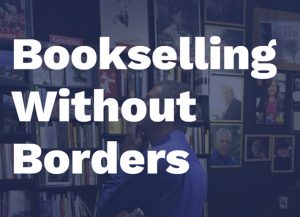 More than 465 booksellers representing 261 bookstores in 44 states and the District of Columbia applied for this year’s scholarship, which was created with the goal of connecting American booksellers with the international book community through a customized program of panel discussions; meetings with representatives from bookseller associations from around the world, authors, and publishers; and specially arranged tours and receptions. 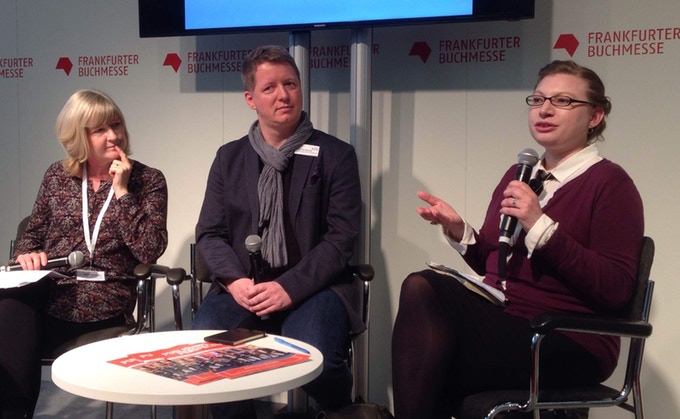 “From my perspective,” said Michael Reynolds, editor-in-chief of Europa Editions, “what has been great about this program is it has met its objectives so far in its first couple of years to introduce a certain number of booksellers at each fair to the international book market, and to expose them to what is happening internationally so that they are more equipped to become advocates for international and diverse literature in their own stores.”

The four recipients of scholarships to the 2018 Frankfurt Book Fair are:

“Frankfurt is the biggest book fair in the world and it’s very impressive; it’s certainly the most international fair,” Reynolds told Bookselling This Week. “It’s so large that it has its own public transportation system within the fairgrounds; each hall basically equates to one Javits Center, and there is one for each continent and one for Germany. So it’s enormous and it can be overwhelming, which is why we have been very careful to curate the itinerary for the booksellers.”

The booksellers’ fair itinerary includes spending time with each of the scholarship’s partner publishers at their booths, attending a daylong international conference on bookselling, speaking on a panel about bookselling in America for an international audience, and taking a tour of three or four bookstores in Frankfurt, where the managers of those bookstores will show them around. In addition, booksellers will participate in meetings with trade group representatives of the German booksellers association and the Mexican booksellers association, attend author events, and meet and dine with foreign publishers, agents, and authors.

Roberts said she is so excited to meet booksellers, publishers, and authors from all over the world and to learn everything she can.

“When I’ve talked to publishers I know about Frankfurt, they are full of praise, so I can’t wait to see for myself,” said Roberts. “Like a rube headed to the big city for the first time, I’m sure I’ll be agog under the bright lights.”

“It’s almost trite to comment that the world is getting smaller, but it is nonetheless true,” she added. “The Internet that connects us all makes communication so easy, but understanding does not necessarily follow. If we are able to experience and appreciate the cultures of places not our own, we may begin to understand, and that cannot be a bad thing. Translating the best literature so that it may be read around the world not only connects the world, but expands it.”

Sonderberg said he has always relished the opportunity to engage with publishers and booksellers and is looking forward to doing a lot of that in Frankfurt.

“Their stories and insights serve to challenge long-held assumptions and affirm others. I’m confident the experience will help me grow immeasurably, as both a bookseller and a leader of an institution that thrives on the presence of compelling, diverse, international voices on our shelves and tables,” he said.

The Bookselling Without Borders scholarship is supported by the three book fairs; Catapult, Europa Editions, Graywolf Press, The New Press, Other Press, Princeton University Press, Rutgers University Press, and Ingram; and more than 250 individual donors who made contributions via a Kickstarter campaign. Previously, Europa Editions sent bookseller Ariana Paliobagis of The Country Bookshelf in Bozeman, Montana, to the Frankfurt Book Fair in 2016, and in 2017, Europa and Other Press teamed up to send three booksellers to the Turin International Book Fair.

Europa will be announcing a number of new initiatives for their 2019 Bookselling Without Borders program later this month, Reynolds noted, which the publisher aims to make its biggest yet. This includes the expansion of next year’s scholarships to 16 booksellers who will attend four different international book fairs, which will be made possible by the support of 12 university and regular presses as well as a crowdfunding campaign, to begin September 25 on Kickstarter.

Money raised during the crowdfunding campaign will also go toward creating a new international residency program which will give two booksellers the opportunity to spend two weeks working in a bookstore in either Rome, Italy, or in Calcutta, India, said Reynolds; it will also help the program expand the number of scholarships and fairs booksellers can attend in the future. According to Reynolds, a database featuring resources and ideas compiled by the winning booksellers is also in the works.