Nina Barrett, co-owner of Bookends & Beginnings, an independent bookstore in Evanston, Illinois, dissects a range of primary sources in the forthcoming true crime book The Leopold and Loeb Files: An Intimate Look at One of America’s Most Infamous Crimes (Agate Midway, July 17). 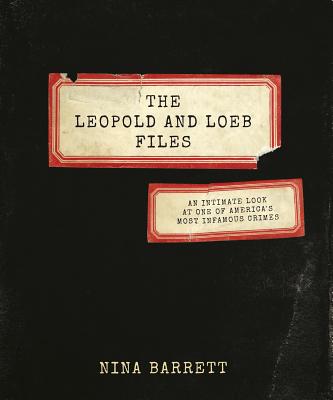 The titular case, once dubbed “the crime of the century,” was the kidnapping and murder of 14-year-old Bobby Franks by University of Chicago college students Nathan Leopold and Richard Loeb in the summer of 1924. After the young men were arrested, a dramatic interrogation period and trial ensued, with celebrity defense attorney Clarence Darrow stepping in to save the boys from the death penalty.

Barrett came up with the idea for the book when, working part-time doing publicity for the Northwestern University Library while attending culinary school, she found what she thought was the most fascinating series of items related to the case in the library’s collection. The 2009 exhibit she went on to curate, “The Murder That Wouldn’t Die: Leopold & Loeb in Artifact, Fact, and Fiction,” was a huge sensation that drew local news crews and interest from the national media.

“Not only was the murder by Leopold and Loeb a worldwide news sensation when it happened, but there are all these books and films and plays that have been based on it and continue over the decades to be based on it,” Barrett told Bookselling This Week. “It keeps being reinvented in the imaginations of new generations of writers and artists,” including Alfred Hitchcock’s 1948 movie Rope; Meyer Levin’s bestselling 1956 novel Compulsion; Stephen Dolginoff’s 2003 musical Thrill Me; and Hal Higdon’s nonfiction account, Leopold and Loeb: The Crime of the Century.

“There’s such a disparity between the myths that grew up around Leopold and Loeb themselves, not to mention the case has been mythologized in so much that has been written about it,” added Barrett. “I kind of felt like this is it: you’ve stumbled upon the archaeological evidence for a story that has become mythological, and so people are going to be interested in the archeology of this story.” 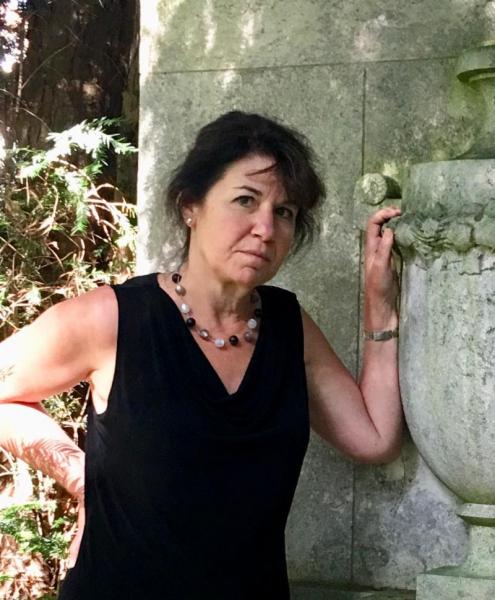 Nina Barrett, author of The Leopold and Loeb Files and owner of Bookends & Beginnings

The primary source content that makes up the exhibit was initially found in 1988 in the basement archives of Northwestern University Law School, after an assistant archivist stumbled upon a dusty, old envelope containing a 517-page original carbon copy of the interrogation transcript, including the boys’ confessions; copies of the reports submitted by the team of psychiatrists that evaluated them; and the original ransom note. The library also eventually gained possession of a 4,411-page transcript of the original court case through the lawyer who helped Leopold get paroled in 1958 (Loeb was killed in prison).

“[The existence of this primary source material] is pretty spectacular, not just because this is one of the most famous murders in American history, but because normally the documentary evidence of a crime like this from the 1920s wouldn’t have survived,” Barrett said. “The court didn’t have an archive, so this stuff would normally just get thrown out. The only reason this survived was that this crime was so infamous that people who were involved with it took some of the evidence home and it resurfaced later.”

A graduate of Yale University and the Medill School of Journalism at Northwestern, Barrett is the author of pieces published in the New York Times, the Chicago Tribune, and The Nation, and of several books, including two on motherhood. She also has a professional chef’s degree from Le Cordon Bleu and is the winner of 2012 and 2013 James Beard Awards for her previous culinary radio series, “Fear of Frying,” on WBEZ Chicago.

Barrett initially applied for a fellowship at Northwestern to have enough time and money to write and research the book, then took a sabbatical from her PR job from 2012-2013; she went on to open the bookstore with her husband, Jeff Garrett, in 2014. During the course of her research, Barrett looked at 10,000 pages of material, much of which is now digitized.

“I didn’t come to this project as a true crime aficionado,” she told BTW. “I really approached it in the beginning as a professional thing, but then the characters took hold of me in the way they do with a novelist. And unlike the romanticizing and mythologizing of Leopold and Loeb, I really felt that they were not romantic characters; I felt like they were arrogant, bratty teenage boys.”

What really gripped her about the story, she said, was the devastation the two had caused their own families and that of the murdered boy; all three families had come to America as German Jewish immigrants and struck it rich, building beautiful houses and sending their kids to the best schools: “I felt like this is a Shakespearian tragedy; this is a tragedy about three families that were completely ruined and devastated by something that was really a form of bad teenage behavior, when you think about it; most 18- or 19-year-old kids would know better.”

“When you read through what they talked about in the court case, what the press coverage was, it raised all of these questions about the American Dream. How do we raise children in a wealthy family? Do we leave them with the nannies? If we are immigrant Jews and then we get to America and we don’t practice our Judaism anymore, if we lose our faith, does that have moral repercussions?” she said. “There was a lot of talk about Nathan Leopold’s study of Nietzsche at the university and were we raising this generation of morally irresponsible kids who went to school and got smart and drove around in cars and drank gin and weren’t accountable to anyone?”

It has been interesting to be on both sides of the process as both author and bookseller, said Barrett; in that time, her fellow booksellers in Chicago have been unbelievably supportive and helped her coordinate book events. Her book launch is scheduled for July 17 at the store, which currently has a small display of the book at the front.

“It’s so interesting how many people have this case on their radar. People think that they know something about it but it’s usually a couple of these mythologized ideas that they got from watching that Alfred Hitchcock movie Rope or something else,” she said, “but once they find out you know something substantial about it, you get into these conversations with people. They are just fascinated by it and they really want to talk about it.”

Part of this disparity in perception may be due to how the press mythologized the boys at the time, she said, including Chicago Daily Tribune reporter Maurine Watkins, who wrote the play Chicago, which was eventually turned into a musical. In her coverage, Watkins was the first to build up the myth of Leopold as an evil genius unperturbed by the cops’ questions, but Barrett said it’s obvious looking at the actual transcript from the interrogation room, now printed in the book, that Leopold was falling apart in real-time.

“One of the things that I found absolutely fascinating was comparing the media coverage to what I could see going on in the documents,” Barrett said. “We are used to going back to newspapers for historical, factual research, but when you compare these two things you can see how much the newspapers at the time were fictionalizing what was going on. Their descriptions of Leopold and Loeb were just so wildly exaggerated and very broad.”

Barrett told BTW she believes that this case has remained so interesting to people because, on the one hand, the whole mythologized quality to the two boys has turned them into cultural figures, like Al Capone, who have come to symbolize the Jazz Age and Prohibition. On the other, she said, is the idea that people want to know how to distinguish the psychopathic murderer next door.

“If you look at what happened after every one of these school shootings or mass shootings, the first thing you hear in the reporting is, ‘What’s the motive?’” she said. “There’s something about knowing what the motive for murder is that people find very reassuring because it allows them to distance themselves from the fact that the murder happened. But I think that what bothers people about this case, what haunts them, is that we know everything about these guys, what they did, and why they said they did it, and we still don’t understand the motive. It’s just this unfathomable case of kids that you could have raised yourself.”