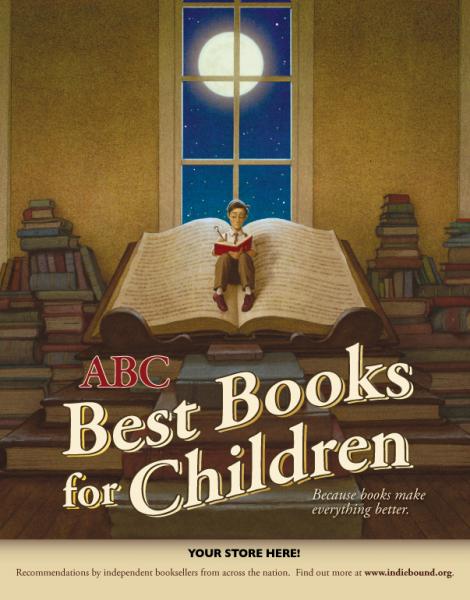 Anderson noted that the day, which began with the BEA Children’s Book and Author Breakfast, would be “filled with informative sessions, amazing authors, and collegial discussions.” She then told the booksellers in attendance that this year’s ABC Best Books for Children Catalog would be arriving in stores a little earlier this fall and unveiled the cover art  — an illustration from The Fantastic Flying Books of Mr. Morris Lessmore, written and illustrated by William Joyce. Anderson thanked both Joyce and his publisher, Simon & Schuster, for allowing ABA to use the art.

Gallagher began his presentation by noting the data to follow was “intriguing, challenging, and pretty exciting,” but it is what booksellers do with the information when they return to their stores that is of paramount importance. He encouraged attendees to “take it back and make changes” and “create strategies to convert browsing to sales.”

Among the study’s encouraging findings for indie booksellers is that the children’s market is very stable; books are still considered the most important media in a household; the use of e-books by children and young adult is nowhere near the penetration of other markets; and a driving force behind children’s book purchases in stores is impulse buying. (One-quarter of books purchased at an ‘indie’ are on impulse, compared to just one in 10 at Amazon.)

Other findings from the three fieldings, conducted between October 2010 and April 2012, show:

Regarding the latter point, Gallagher noted that indie booksellers who do not think of Walmart as a competitor should, especially for the business of adults who buy for kids age 0 – 6. Walmart, he said, has made a decision to retool its book offerings to concentrate on two categories: children’s and religion books. However, in encouraging news for indies, he said, “We have seen an uptick for indies in this last quarter.”

Look for more on the Children’s Institute and the opening plenary in upcoming editions of Bookselling This Week and visit BookExpoAmerica.com to see a video of Wednesday’s Children’s Book and Author Breakfast.