Thirty people representing 20 new bookstores gathered in Franklin, Massachusetts, from August 23 to 26 to learn the business of bookselling at Paz & Associates’ “Owning a Bookstore: The Business Essentials” workshop retreat, co-sponsored by the American Booksellers Association.

The program, which has also become known as “Bookstore Boot-Camp,” brought together the largest group of people opening independent bookstores in the last dozen years, according to facilitators Mark and Donna Paz Kaufman. The group included prospective and existing booksellers hailing from Maine to California, Minnesota to the Dominican Republic, Colorado to Washington, D.C. In addition to hearing from a training team of 14 book industry professionals, booksellers went on a retail field trip to host bookseller An Unlikely Story, Diary of a Wimpy Kid series author Jeff Kinney’s new bookstore in nearby Plainville.

“This is not only the largest class we’ve seen in years,” noted Donna Paz Kaufman. “Eighty-five percent of workshop attendees were committed to opening in the near future or were already open.”

This year alone, she added, more than 75 people from locations throughout the United States have expressed an interest in bringing a bookstore to their communities.

The next Bookstore Boot-Camp is scheduled for March 28–31, 2017, on Amelia Island, Florida, with prerequisite online training now available. Details are available on the Paz website. 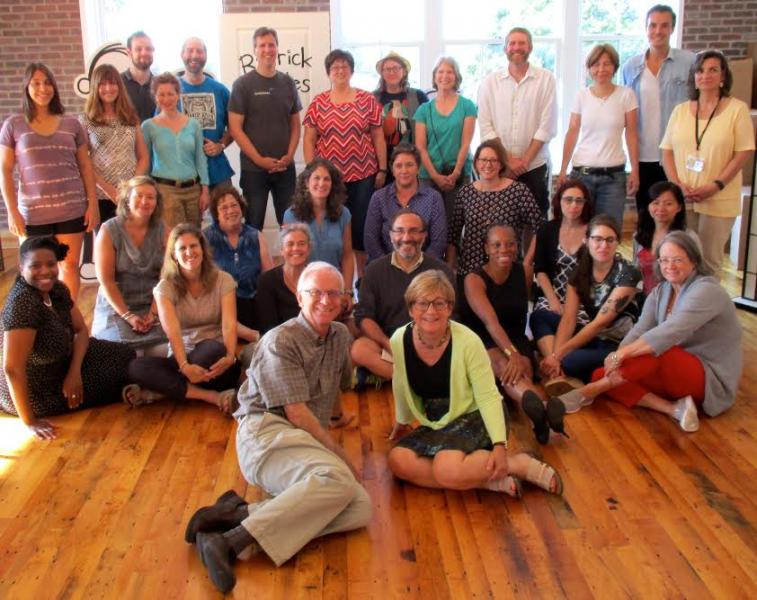 Amazon will open another bricks-and-mortar bookstore, this time in Chicago, the Chicago Tribune has reported. The physical store is targeted to open next year in Chicago's Lakeview neighborhood. The building at 3443 N. Southport Avenue, owned by L3 Capital, formerly housed a bar and restaurant.

In November 2015, Amazon opened its first physical bookstore in an upscale mall in Seattle. The company’s bricks-and-mortar stores sell print books while doubling as digital showrooms for Amazon’s Kindle e-readers, Fire tablets, and other devices.

In February 2016, Amazon announced it would be opening a second physical bookstore in San Diego; in June, Amazon revealed it had plans for a third store in Portland, Oregon. In July, the New York Post reported on rumors that Amazon was planning to open a store at New York City’s Hudson Yards in 2018 or 2019.

The German Publishers and Booksellers Association, PEN Centre Germany, and Reporters Without Borders are inviting the public to sign an online petition calling on the German government and the EU Commission to take a stand for freedom of expression in Turkey.

Since the attempted coup six weeks ago, the Turkish government has cracked down on free expression, arresting at least 60 journalists and authors and shutting down more than 130 newspapers, book publishers, and magazines.

In response, the three organizations have started the #FreeWordsTurkey petition, which implores German Chancellor Angela Merkel and EU Commission President Jean-Claude Juncker to “take an active and uncompromising stand in favor of freedom of expression, freedom of information and freedom of the press, to re-evaluate their policies with regard to Turkey and other countries in which freedom of expression is being severely restricted. They also demand that swift and non-bureaucratic support be provided to persecuted journalists and authors.”

The organizations are also calling on publishers, booksellers, and other media companies in Germany and abroad to circulate the petition and promote the campaign.

Beginning on Sunday, August 28, and continuing for the next eight weeks, Subway Reads is delivering a choice of 175 free novellas, short stories, or chapters from full-length books to subway passengers’ cell phones or tablets. The idea is for riders to download and read these short stories and excerpts, which Penguin Random House is calling “e-shorts,” on the train, choosing what to read based on how long they will be on the subway.

The program is intended to promote Wi-Fi service in 175 underground stations within New York City. Transit officials initially approached the publisher because it had run a similar e-book promotion in the London Underground last year to celebrate Penguin’s 80th anniversary.

Globe Pequot is launching a new trade imprint focusing on all things Texas. The imprint draws on the Guilford, Connecticut-based publishing company’s track record in regional publishing as well as its strong relationships with Texas authors and illustrators.

Erin Turner will be the editor of the new imprint and continue in her role as editor of Two Dot Books, which publishes stories of the American West.

Lone Star’s first title, which came out this month, is Pigskin Rapture: Four Days in the Life of Texas Football by Mac Engel.

The finalists and judges in each category are listed on PEN Center USA’s website. Tickets to the ceremony are available online.

Wendell Berry to Receive 2016 Voice of the Heartland Award

Berry’s body of work is comprised of more than 50 volumes of essays, poems, and fiction and is often inspired by the landscape of the Heartland. Berry’s national awards include the National Humanities Medal, a Stegner Fellowship, and in 2013, the Richard C. Holbrooke Distinguished Achievement Award.

Berry will receive the award at the Heartland Fall Forum Book Awards Dinner on October 5.

Thurber House has announced the three finalists for the 2016 Thurber Prize for American Humor, which will be presented to the author and publisher of the outstanding book of humor writing published in the United States between January 1, 2015, and December 31, 2015.

The finalists are Little Victories: Perfect Rules for Imperfect Living by Jason Gay (Doubleday); The World’s Largest Man by Harrison Scott Key (Harper); and Between You & Me: Confessions of a Comma Queen by Mary Norris (W.W. Norton).

The annual award will be presented at a ceremony in New York City on September 26, to be hosted by 2014 Thurber Prize winner John Kenney.

The 2016 Rona Jaffe Foundation Writers’ Awards, honoring six women writers who have demonstrated excellence and promise in the early stages of their careers, will be presented on September 15 at a private reception in New York City. This year’s recipients, who will each receive a $30,000 prize, are Lina María Ferreira Cabeza-Vanegas (nonfiction), Danielle Geller (nonfiction), Jamey Hatley (fiction), Ladee Hubbard (fiction), Airea D. Matthews (poetry), and Asako Serizawa (fiction).

Recipients are chosen through a search conducted by a small committee of established writers, who serve the committee anonymously. On September 16, the winners will participate in a reading as part of New York University’s fall reading series.