Cover of Illustrated Harry Potter and the Chamber of Secrets Released 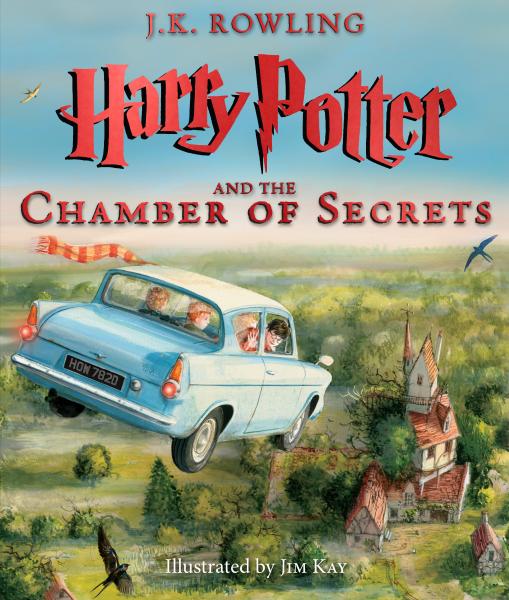 Scholastic has released the cover image for the fully illustrated hardcover edition of J.K. Rowling’s Harry Potter and the Chamber of Secrets. The second book in the Harry Potter series to be illustrated will be published globally on October 4, 2016, and will include more than 115 color images.

Drawn by award-winning artist Jim Kay, the cover, released on Wednesday, March 30, shows Harry Potter flying towards The Burrow in the Ford Anglia and is available for download on Scholastic’s website.

The first book in the illustrated series, Harry Potter and the Sorcerer’s Stone Illustrated Edition, was published globally in October 2015 and sent the series back to the top of the bestseller lists.

Poland will be the featured country at this year’s BookExpo America Global Market Forum. Poland will host five panel discussions featuring Polish and American speakers, on Wednesday, May 11, day one of the trade show. The panels will provide an overview of the Polish book industry, highlight trends, introduce authors and their works, and discuss strategies to connect with American readers.

The winners of the 2016 Whiting Awards were announced on Thursday, March 24. The Whiting Award recognizes emerging writers of fiction, nonfiction, drama, and poetry. Each of this year’s winners received a prize of $5,000 at a ceremony on Wednesday, March 23, at the New York Historical Society.

The Northern California Independent Booksellers Association (NCIBA) is moving from The Presidio in San Francisco to a new office in Sonoma, effective April 15, 2016.

James Patterson will donate another $1.75 million to school libraries this year, in the second installment of his School Library Campaign partnership with Scholastic Reading Club.

The 2016 program will launch with $1.75 million in grants to be awarded on a rolling basis throughout the year. Anyone can nominate a school library for grants ranging from $1,000 to $10,000 per school.

“Libraries are at the heart of every school, and I’m thrilled to be partnering with Scholastic once again to continue to underscore both the need to sustain them, and the vital role reading plays in children’s lives,” Patterson said.

Grant applications must be submitted by May 31, 2016; the nomination form can be found on Scholastic’s website.