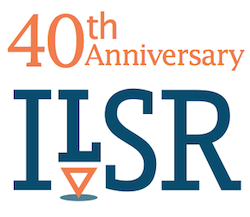 On May 1, 1974, the Institute for Local Self-Reliance (ILSR) launched as a Washington, D.C., community group working to foster what we now know as “sustainability.” In the 40 years since the organization’s founding by Gil Friend, David Morris, and Neil Seldman, ILSR has grown into a national research and policy organization and the sustainability and localism movements have advanced by leaps and bounds, in large part due to the tireless work of ILSR and its supporters.

Among its many achievements, ILSR challenged the idea that you could not recycle or compost more than 10 percent of the waste stream. Now communities are pursuing goals of 90 percent diversion and recycling is widely recognized as a critical economic development strategy.

ILSR also shattered the myth that big box stores are the best way to anchor developments and, with the aid of independent booksellers and other Main Street retailers, the organization helped hundreds of communities fight back with strong policies, tools to grow their local economies, and new support for independent businesses.

Stacy Mitchell is the senior researcher and director of ILSR’s Community-Scaled Economy Initiative, which produces research and analysis and partners with a range of allies to design and implement policies that curb economic consolidation and strengthen community-rooted enterprise. She joined ILSR in 1997 and has focused on two critical sectors of the economy: retail and banking.

Mitchell is the author of Big-Box Swindle: The True Cost of Mega-Retailers and the Fight for America’s Independent Businesses (Beacon Press) and her research and writing on the advantages of devolving economic power have influenced many decision-makers and helped guide grassroots strategies. She has been a featured speaker at conferences on local self-reliance on both the national and local levels. In October 2012, she presented a TEDx talk on “Why We Can’t Shop Our Way to a Better Economy.”

Here, Mitchell discusses ILSR’s achievements, the localism movement, and where the organization is heading.

BTW: Considering the growth of the sustainability movement, it is clear that ILSR’s founders were ahead of their time. In many ways, it seems that much of the growth of the local self-reliance movement has occurred in the past decade, would you agree? And if so, why do you think that is? Why now?

Stacy Mitchell: It’s been fascinating to dig through the ILSR archives and see all of these infant ideas that are now finally coming into their own. Back in the 1970s, we were talking about how solar could enable people to be their own power company. Just in the last few years, small-scale rooftop solar has undergone remarkable growth and is beginning to upend the old centralized utility model of power production. We also did a study way back then that tracked the dollar flows of a McDonald’s and found that two-thirds of every dollar spent there left the area and the end result was fewer jobs for the neighborhood.

There’s no single answer to why community self-reliance seems to be finding more traction. Part of it is the uneasy feeling that we all have in our guts about the deep injustices of our current economic structure. Corporate consolidation is at the root of three of our most pressing problems: growing poverty, the climate crisis, and the hijacking of government by private interests. There’s a sense now that these problems demand fundamental change — that we need to restructure the economy to be more community-oriented and driven by a different set of values.

That people are gravitating to localism as a way forward is really owed to the many independent booksellers, grassroots groups, farmers, and others who have been talking about these ideas and sharing them in their own communities. That’s ultimately what’s made all the difference.

BTW: What role do you think independent bookstores have played in the localism movement? Why are they so important to the concept of sustainability?

SM: More than anything, the challenge is to get people to see the world in a new way, to recognize that there is nothing inevitable about the current order of things and that there are viable alternatives for how we organize our economy. Books and the conversations that inevitably happen in the presence of books are among the primary pathways for envisioning alternative possibilities. So, independent booksellers have been critical in spreading the ideas and nourishing the intellectual development of this movement.

Booksellers have also helped found so many Local First groups. It’s astonishing! Just about every one of these organizations seems to have a rabble-rousing bookseller at the center.

BTW: In your time with ILSR, in doing your research on and in helping spread the word about localism, is there anything that stands out in particular? Whether it was research that completely surprised you or a particular accomplishment?

SM: When I first started doing research and interviewing local business owners, I was surprised at how many of them made decisions that were not all that great for the bottom line — providing health insurance for employees, for example, or hosting events for the neighborhood. Or going out of their way to find a solution for a customer that does not actually lead to a sale. (My local hardware store does this for me all the time.) There’s this dominant idea out there that local and small is inefficient. But in fact, what’s really going on is that local businesses are delivering social goods that don’t show up on a balance sheet.

Another thing that’s been a big surprise is how often people ask me, what happened to our antitrust laws? That’s one of the top questions I get no matter the audience — red state, blue state, big city, small town. It’s a question our leaders in Washington need to hear.

SM: I do think it will continue. There are underlying forces that are likely to help, including the need to reduce our carbon footprint and move to more sustainable ways of producing and distributing goods, and the renewed embrace of urbanism, which creates far more opportunities for local businesses than the suburbs do.

But just how far this goes will depend on us. There is much that local retailers can do: keep talking to your customers, your fellow business owners, and your elected officials … especially your elected officials. That’s where this movement needs to go next: We need to become a political force.

BTW: Moving forward, what are some of the short- and long-term goals for ILSR?

SM: A big focus for ILSR is how to take the momentum of the localism movement and channel that energy into changing public policy. There’s an opportunity now that didn’t exist before, because the movement is much more developed. We have organizing infrastructure that did not used to exist.

Organizationally, one of our goals is to make the various strands of ILSR more visible as a whole. Many people know ILSR through one part of our work. Most booksellers know us through Big-Box Swindle and the work we do in the retail sector. But they may not know about the great work my colleagues are doing to expand local renewable energy, foster publicly owned telecommunications networks, transform how we handle waste and recycling, and reinvigorate the public sphere. A question for us now is, how do we do more to knit these strands together?

One thing we are not planning to do is resurrect our sprout-growing operation, which, believe it or not, was part of how ILSR financed its early work in the 1970s — or so ILSR’s co-founders David Morris and Neil Seldman tell me. I’m still waiting to see the pictures.