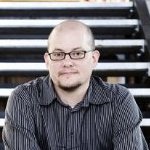 This past June, St. Louis Mayor Francis Slay declared that he wanted to raise the city’s minimum wage to $15 from $7.65 by 2020. In response, Left Bank Books co-owner Jarek Steele took to the blogosphere to provide a small business perspective on the minimum wage debate. His blog deftly touched on the struggle that indie booksellers share in their desire to pay a good wage but, at the same time, remain competitive … and keep their doors open.

The wage increase came very close to happening. The mayor’s bill passed, but in October, a day before the wage was set to increase to $8.25, a state court ruled the increase to be invalid because it violated a state law that prohibited municipalities from having a minimum wage that is higher than the state’s wage. If the law had been enacted, St. Louis would have been the only city in Missouri with minimum wage higher than the state rate of $7.65 an hour. The ordinance would have increased the minimum wage to $9 an hour on January 1, 2016, to $10 in 2017, and $11 in 2018, as reported by the St. James Leader Journal.

Though the minimum wage increase was not enacted in St. Louis, Steele learned quite a bit from getting involved in the city’s push for a $15 per hour minimum wage.

Steele will bring his experience dealing with the complex issue of the minimum wage to this year’s Winter Institute in Denver, Colorado. He will be a panelist in the Sunday, January 24, session “Minimum Wage Update: Advocacy and Implementation.” The panel will discuss key aspects of a minimum wage increase and share the steps bookstores can take to address the issue.

In addition to Steele, the panel will feature three other booksellers who have been on the forefront of the minimum wage policy debate in their respective communities: Tracy Taylor of The Elliott Bay Book Company in Seattle; Michael Tucker of Books, Inc. in San Francisco; and Pete Mulvihill of Green Apple Books in San Francisco. Mulvihill will moderate the session.

BTW: When St. Louis was considering raising the minimum wage, you wrote in your blog that you feel you do not pay your employees enough … but at the same time, an across-the-board 45 percent wage hike “makes your stomach clinch.” Could you describe the struggle you had as a small business owner regarding the minimum wage issue in your community?

Jarek Steele: The issue in our community was that the city of St. Louis wanted to raise the minimum wage higher than the statewide minimum. The way St. Louis is structured, that would mean that my store would be the ONLY bookstore in the state of Missouri with a mandate to raise our wages (by a LOT).

So we had a couple of problems:

1. The proposed raise would increase our payroll expenses by 45 percent, and

2. We would be alone in this added expense, putting our store at a severe disadvantage compared to all of our competition.

There’s no question that the minimum wage as it currently stands isn’t a living wage. The struggle I had — and still have — as a small business owner is offering a fair wage to smart, qualified and loyal employees while maintaining a viable business. It’s tricky to be in this position because my job is to advocate for my business. The obvious move there is to advocate for a cheaper workforce, but that is short-sighted and runs counter to my principles. The less than obvious (and much more difficult) move is to advocate for both the store and the workers. Our fates are tied together.

What that means is that we want fair regulations and tax credits for our business and the inclusion of all compensation (including the free health insurance we offer) in the formula for minimum wage and the application of this measurement for all businesses — not just ours. It also means a real and ongoing commitment on our part to making an increase in salary a priority. Even though the minimum wage increase didn’t succeed, I did honor that commitment by giving our staff a salary increase within our means this year, which is a definitive move toward a living wage.

BTW: Did you discuss your thoughts on the minimum wage with any community leaders or officials? Do you think that is something you would do in the future if St. Louis looked into this issue again?

JS: I did discuss this with our alderperson, neighborhood business owners, and a representative from Jobs With Justice — the organization behind the minimum wage push. I also sent messages to the mayor and the board of aldermen. Most importantly, we talked about this at length with our staff. And, yes, I’d do it all over again.

BTW: What do you think is the most important factor that communities and leaders must consider when planning out a minimum wage increase?

JS: Community leaders must look at the long-term benefits of a thriving local business economy to the city’s financial health, livability, and population growth. Follow the lead of these business people and make decisions, collect taxes, and enforce laws that protect these businesses in the same conversation as requiring increases in expenses. The vast majority of local business people want their employees to thrive and will, when given the resources and level playing field, advocate for them.

BTW: What do you think the people pushing for a minimum wage increase did not understand as well as they could have? I know on your blog you posted a screen shot of the Minimum Wage Calculator [ABA’s interactive tool that illustrates how increasing the wage of one or two minimum-wage workers affects the entire bottom line]. Is there a lack of understanding of the independent retailing business model among groups representing workers and town officials? What can bookstores do to educate minimum wage proponents?

JS: There is a lack of understanding of bookselling for sure. The activists and officials I’ve talked to have, after some frank discussion, come around to seeing the true picture of our income and expenses. They didn’t walk away thinking I was being unreasonable. This didn’t translate into support for our position though, because to them the big picture wasn’t the health of small business, but the immediate need for relief for low-income workers. I think for bookstores (and other small businesses) to be effective, we must be a part of the discussion about how to give that relief, to negotiate so that, in return for expanding our payroll, our tax burden and our occupancy burden get relief. In essence, we need to demand the benefits that large corporations demand when they move into an area and promise support for a higher minimum wage in return.

BTW: Do you have any advice for booksellers currently caught in the minimum wage maelstrom in their communities about to how to balance their desire for workers to have a living wage and the pragmatic understanding of how much they can afford to pay their employees?

JS: My advice is to be very visible. Invite as many people as you can into the conversation and educate your staff to the best of your ability. Make a list of things that would make it possible for you to support the wage increase and ask public officials for them in public ways. Do not take it personally. Do not despair. Be real. Be honest. Advocate.