The Buzz on Kids’ Books

“Is supernatural ever going to go away?” moderator Jack Martin asked the five editors who shared their upcoming releases at the BEA Young Adult Editors Buzz on Tuesday, May 24, at BookExpo America.

With all but one of the featured titles containing some level of supernatural activity, the answer to Martin’s question was clearly “no.”

Little, Brown Books for Young Readers Executive Editor Alvina Ling shared the first paranormal, National Book Award finalist Laini Taylor’s Daughter of Smoke and Bone, which she described as “not your typical angel book — in fact, it’s not an angel book at all.” Though Ling was careful not to share much of the plot — “Part of the delight is uncovering it and peeling away the layers,” she said — Ling did reveal that Daughter of Smoke and Bone is the story of Karou, a blue-haired girl traveling the world on dangerous errands, trying to figure out what she is. 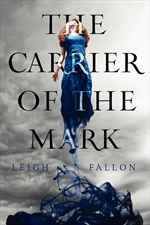 Erica Sussman, senior editor at HarperCollins Children’s Books, presented the first title acquired through Inkpop, the publisher’s online forum for aspiring writers. Leigh Fallon’s The Carrier of the Mark is the first book in a series about teens who have the powers of earth, air, fire, and water. While Sussman had high praise for Carrier of the Mark’s paranormal romance, she said the book’s richly drawn Irish setting was its real hook. “You just see these sweeping, magical green hills,” she said.

Margaret Raymo, senior executive editor at Houghton Mifflin Harcourt, presented a book without any paranormal elements — but as the story of a high school senior who discovers his dowdy prom date is really a beautiful trained assassin, Au Revoir Crazy European Chick is a fantasy of a different sort. Raymo described the book as “The Girl with the Dragon Tattoo meets Ferris Bueller’s Day Off with a dash of John Green.” The book’s author, Joe Schreiber, has already written several novels for adults and is working on a sequel to Au Revoir Crazy European Chick.

Simon & Schuster Editor Courtney Bongiolatti introduced The Unbecoming of Mara Dyer as “a paranormal psychological thriller” in which “the reader can just feel that something’s off.” Michelle Hodkin’s debut novel features a girl who wakes up from a coma unable to remember the accident that caused it. “The reader, along with the protagonist, is trying to figure out what’s real and what’s not,” Bongiolatti said. 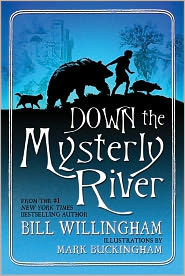 Starscape Tor/Macmillan Senior Editor Susan Change didn’t try to conceal her excitement for comics veteran Bill Willingham’s first prose novel, Down the Mysterly River. “It’s an action-packed story with unforgettable characters,” including a 12-year-old boy who gets lost in the woods, and the three talking animals who join him. “This is not a nice forest,” Chang said. Willingham self-published a version of Down the Mysterly River several years ago; Tor’s edition is both expanded and illustrated.

At the BEA Middle-Grade Editors Buzz on Wednesday, May 25, Lisa Sandell, executive editor at Scholastic Press, presented Icefall, Matthew J. Kirby’s sophomore novel. After telling the audience how much she loved Kirby’s The Clockwork Three, Sandell said Icefall had met the same high standard. “In every sense of the word, it’s truly epic,” she said. Icefall is the story of Solveig, a Viking princess holed up in a fortress with her family and their soldiers, who discovers a traitor inside the fortress.

Jim Thomas, editorial director of Random House Children’s Books, said he was delighted to be publishing the fifth book by N.D. Wilson, “an author who started strong and is just growing.” In The Dragon’s Tooth, the first in the five-book Ashtown Burials series, Wilson writes about a group of siblings who live in a roadside motel in Wisconsin and discover an ancient group of explorers who operate from the Lake Michigan shoreline.

Liesa Abrams, executive editor at Aladdin, an imprint of Simon & Schuster Children’s Publishing, presented Lisa McMann’s first middle-grade book. McMann, known for bestselling young-adult titles Wake and Fade, wrote The Unwanteds to explore the question of what happens when children are punished for being creative. The world of The Unwanteds separates children into a caste system, and the book follows a pair of twins assigned to different levels, one to the military elite and the other to the creative outcasts, who are secretly taught to use their creativity magically. The sequel is in progress, Abrams said, and, like The Unwanteds, it includes “fire-breathing origami dragons” and other fantastic creatures.

Donna Bray, vice president and co-publisher of Balzer + Bray, shared Wildwood, written by Decemberists singer Colin Meloy and illustrated by his wife, artist Carson Ellis. “It’s a true collaboration,” Bray said, with 85 illustrations forming an integral part of the book. Wildwood follows two children who have to contend with an impenetrable forest. Meloy and Ellis “took the real geography of their hometown of Portland, Oregon, and overlaid it with legend,” Bray said. Meloy and Ellis are now working on a sequel to Wildwood.

Jennifer Besser, vice president and publisher of G.P. Putnam’s Sons Books for Young Readers, presented Maile Meloy’s middle-grade debut, The Apothecary. Meloy, who has published several award-winning novels and story collections for the adult market, writes here about “the heartache and mystery of being 14,” Besser said. The teenage dramas of The Apothecary are set against a backdrop of the Hollywood blacklist, post-war hardship, nuclear proliferation — and the ancient secrets of apothecaries.