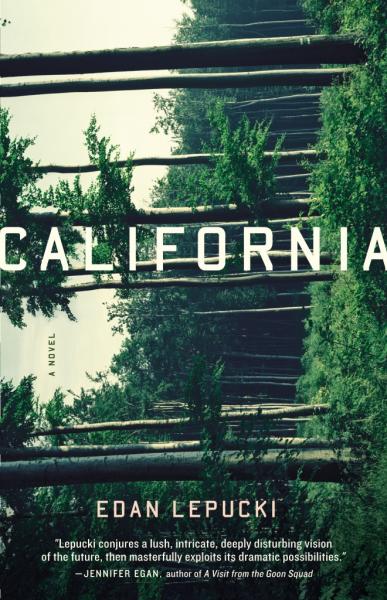 Thanks to the “Colbert bump,” California landed on the bestseller lists the first week it was eligible, as was Stephen Colbert’s goal back in June when he urged viewers of The Colbert Report to purchase copies of the title at their local, independent bookstores.

Lepucki appeared on The Colbert Report on Monday to talk about the title’s success and to thank her supporters. Lepucki also gave her own bump to the Hachette book that she is currently reading, Sweetness #9, a debut title from Stephan Eirik Clark, which publishes August 19.

In May, a dispute over e-book terms between Amazon and Hachette Book Group became public when Amazon began delaying shipping on popular Hachette titles and removing the preorder button for upcoming books, including California.

In June, author Sherman Alexie appeared on The Colbert Report to personally recommend California to viewers. Colbert directed readers to preorder the book from Powell’s, where Lepucki signed 10,000 copies in just two days, and he urged his fans to get the book on the bestseller list without the help of sales through Amazon.

Now on tour, Lepucki is receiving a warm welcome at independent bookstores around the country. Since the book’s publication, she has been at events hosted by six independent stores and will continue her tour with another 14 scheduled stops.

Earlier this month, authors from a variety of publishers penned a letter to Amazon to ask the retailer to end its dispute with Hachette. The group of writers is now operating under the name Authors United and is working on a long-term plan regarding the issue, The Bookseller reported on Monday. The authors involved include Douglas Preston, James Patterson, Donna Tartt, Stephen King, Barbara Kingsolver, Lee Child, David Baldacci, and Paul Auster, among others.

In an interview on Tuesday with Publishers Weekly, Preston said that an ad featuring the authors’ original letter to Amazon will be published in the New York Times. Funding for the ad is coming from 13 of the authors.