Celebrating 30 Years of Murder and Mayhem 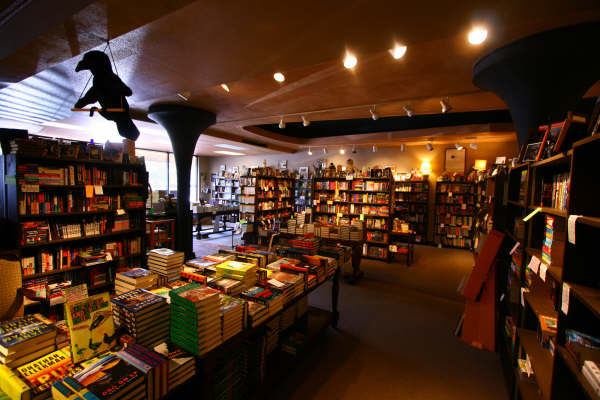 Since McKenna Jordan bought Houston's Murder By the Book last year, she's had a lot to celebrate. Despite the recession, business is up 10 percent, and in August the store will mark its 30th anniversary. A series of events and a customer appreciation day are planned.

Murder By the Book was founded when Houston businesswoman Martha Farrington opened one of the earliest mystery bookstores in the country. During the late '70s, mysteries were hard to find, so Farrington – against the advice of several sales reps, and without bookselling experience – launched the bookstore. Her goal was to stock every mystery in print within the 800-square-foot store.

Now one of the world's largest mystery bookstores, the 2,900-square-foot store stocks 16,000 new and 20,000 used mystery/detective/crime/thriller fiction titles. Murder By the Book also imports books from Australia, Ireland, and England.

In January 2009, Jordan, then Murder By the Books' manager, bought the store from Farrington, who was planning to retire. Jordan's husband, David Thompson, is also involved in the day-to-day operations of the bookstore and serves as its publicity manager. In 2005, Thompson started Busted Flush Press as a separate business from Murder By the Book. The press has had three works nominated for Edgar Awards, has won the 2010 Spinetingler Award for Best Crime Fiction Publisher/Imprint, and has just published Daniel Woodrell's Tomato Red.

Murder By the Book had a good year despite the recession thanks to its "endless commitment to customer service, huge selection, and tireless discovering of new authors, as well as our approximately 200 signing events a year, and our used book selection," said Jordan. "We're especially excited about hosting Martin Cruz Smith and Jeff Lindsay in September. We'll have off-site luncheons with each as well as evening events. This will be the first time visiting Murder By the Book for both authors, and we're all fans of their work!"

After a successful first year, Jordan is busy positioning the store for more. "In the last year, we've dedicated more energy to developing young readers, tripling the stock in our children's section, hiring a full-time employee to oversee the section, and offering imports of children's books," she said. "We also now have two full-time employees who read primarily paranormal fiction, causing that section to explode."