Booksellers have chosen the debut novel Tangerine by Christine Mangan (Ecco, March 27), about an obsessive friendship, as the number-one pick on the April Indie Next List. 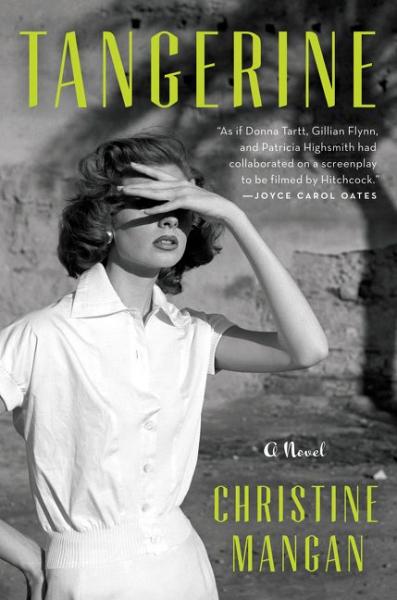 In Tangerine, which was also selected by booksellers for the Indies Introduce debut program, young Alice Shipley is surprised when her former college roommate Lucy Mason shows up on her doorstep in Tangier, the exotic but intimidating Moroccan city she recently moved to with her new husband. But as Lucy’s obsessive and controlling tendencies begin to reemerge, Alice starts to suspect that their strange friendship has become dangerous.

“Tangerine is one of the best debut novels I’ve read in a long time,” said Erika VanDam, co-owner of RoscoeBooks in Chicago. “Thanks to her exquisite writing, Christine Mangan manages to create a lush, vivid picture of Tangier in the 1950s and bring to life a complicated and very dark friendship between two young women. Lucy and Alice are former college roommates whose relationship has long since gone sour. When they reunite in Tangier, Mangan milks the delicious tension for all it’s worth and brings their story to a shocking conclusion. This book is an absolute stunner!” 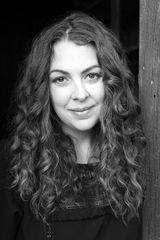 Mangan has her PhD in English from University College Dublin, where her thesis focused on 18th-century Gothic literature, and an MFA in fiction writing from the University of Southern Maine. Bookselling This Week spoke with Mangan about the city of Tangier’s mysterious magic and the Gothic tropes that figure into her debut.

Christine Mangan: I had actually spent some time in Tangier right around the time I was finishing up with my PhD. I had been living in Dublin for four years while I worked on it, and I decided that instead of spending the last couple of months that I had on my visa in Dublin I would go and do a bit of traveling. For part of that, I ended up in Tangier; it was only for a little while, but it was a place that I had really wanted to go. I’d been to Morocco before and had gone to Marrakech and just passed through Tangier, so not knowing when I would get the chance to come back, I knew that I wanted to go and spend some time there.

I’d been writing strictly academic work for so long and I wasn’t necessarily thinking about a novel, but I was just so inspired by the city of Tangier that in the weeks and months afterward I found myself thinking about the city and the people I had met there, and from that I started to write the story that eventually became Tangerine.

BTW: Your descriptions of Tangier in the 1950s are so vivid. From your experience and your reading, what do you think makes Tangier different from other cities in Morocco?

CM: There’s something about Tangier that’s not just different from elsewhere in Morocco, but different from anywhere. I think right away there are certain associations that people have with this city. It’s a place where inherently there’s a bit of mystery to it; it’s a place where artists, in particular a lot of writers, have traveled or have made their homes. There is this certain romance to it. And when you get there, it can be so overwhelming as a place. There’s an expression that I have in the novel, that you cry when you arrive and you cry when you leave. It’s a city that requires you to engage and be present in a way that a lot of other cities don’t. I think it’s quite easy for certain cities to blend and blur with one another, but there’s something about Tangier that just remains so separate and so distinct.

It’s also a place, maybe because it is so different, so unique, that creates a divide between people who go there, because some love it and some just find it too much and never want to go back. So I think it depends on the person, but it is this place for which there is no middle ground. I think the emotions it elicits in people are just so strong, and I’ve never really been anywhere else that is quite like that.

BTW: You have a PhD in English, and your thesis focused on Gothic British literature. How did that influence the writing of this book?

CM: This is probably why I chose to set it in Tangier, because it needs such a big, unique, strong place. In the Gothic tales that I love and Gothic work in general, that is one of the things they all share: a strong sense of setting. With Jane Eyre, you had Thornfield; with Rebecca, you had Manderley. With Tangier, even though it is not this domestic space necessarily, you have these Gothic streets that can be just as frightening and, in some cases, threatening and ultimately as confining as any structure with walls.

In my thesis, I wrote about the way these female writers of the Gothic in the 18th-century used the Gothic in order to talk about what they couldn’t talk about otherwise, and to discuss the difficulties they experienced as women that were essentially allowed by 18th-century law and ideology. You have characters like Bertha Mason, who is this dark double to Jane Eyre; she is in some ways representative of the things that Jane can’t say. It was this same idea with Lucy: In the beginning, Alice is unhappy in her marriage, and it takes Lucy popping up on her doorstep and staying for her to acknowledge the reasons why. Bertha Mason in Jane Eyre and Mrs. Danvers in Rebecca — these are women who are thought of as villains, but at the same time they are so much more complicated and there is so much more to them. So that was what I wanted to explore within Lucy as well, that she is not just inherently evil and inherently bad but had those other layers to her.

BTW: The study of Gothic British literature deals with feminist themes like the pathologizing of strong, independent women and gaslighting. Did you consider these themes while writing?

CM: I did. I chose to set the book in the 1950s because in that time you still have a lot of these questions about identity and autonomy for women, and there is also that added layer of Tangier going through its own independence as well. So you have these two revolutions essentially happening at the same time, which was appealing to me. With the Gothic you have the female question, and then you have the French Revolution in the 18th century and how that influenced what people were writing about, these questions of change and what that might mean.

BTW: The character of Lucy today might be characterized as a sociopath. Were you influenced by books like The Talented Mr. Ripley by Patricia Highsmith, or another version of “the psychopath abroad” type story?

CM: Yes, I love those type of stories, but I think what ultimately influenced me were stories about female friendship, like the French novel by Sébastien Japrisot called Trap for Cinderella. I wanted to look at those close bonds that we all create during our formative years, where boundaries are crossed, identities are blurred. I wanted this book to explore that moment when the friendship alters, when it starts to shift or crumble, whether it’s because of the passage of time or the start of another relationship, and how that can feel like the end of the world. Lucy, in those moments, is reacting to that, but in that way it is also a nod to Gothic extremes or exaggeration. But it’s also something that I think everybody has experienced.

BTW: What are some of your favorite pieces of Gothic literature?

CM: I love Jane Eyre and Wuthering Heights. I love We Have Always Lived in the Castle — anything that Shirley Jackson has done, really. I’m also a huge Sarah Waters fan; The Little Stranger and Fingersmith are really great. Daphne du Maurier’s Rebecca and My Cousin Rachel are some of my favorites as well.

BTW: What has been the role of independent bookstores in your life?

CM: They have played a really big role. I grew up in Detroit for most of my life, and for a very long time there was an indie bookstore right up the street that I went to probably almost every day growing up. Sadly, it closed at one point, which was really devastating because it was the place that I looked forward to going to every day. I’ve lived in a number of places now and the two things I always do when I get to a new place is look for the indie bookstores and look for the library. I spent last year living in Dubai, where there is not a whole lot of bookstores, and that was one of the things I struggled with most when I was there. Now I’m back in the U.S., living in Brooklyn. I love Books Are Magic — it was one the first places I checked out when I got here. That has probably been the most exciting part about moving to New York and back to the States, just having access to indie bookstores again.